Flights as normal despite COVID-19 cases 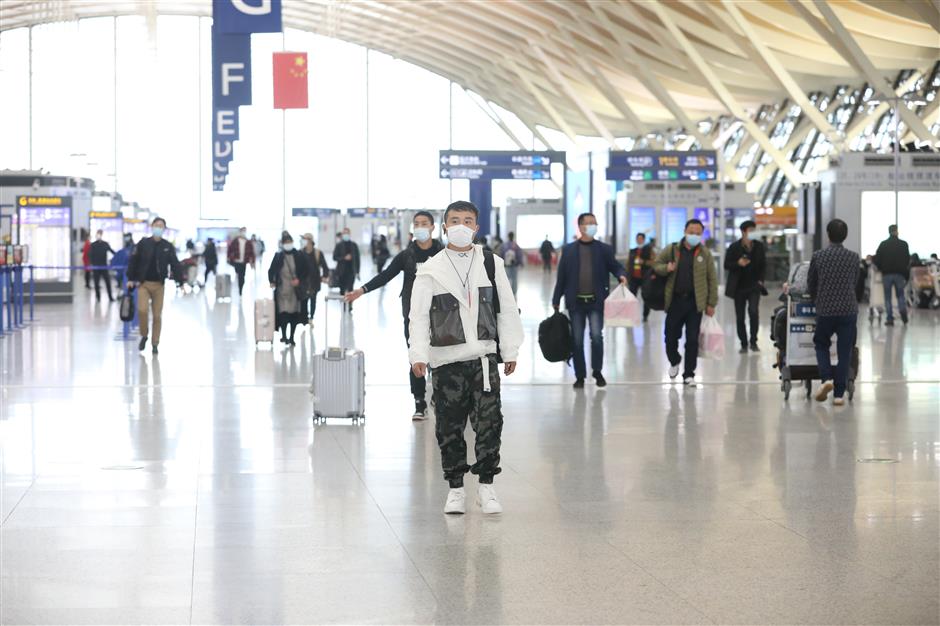 Travelers at the T2 terminal of Pudong International Airport.

Shanghai Airport Authority said flights at Pudong International Airport were not affected by the recent coronavirus cases despite reports to the contrary.

Almost 92 percent of domestic and international flights took off on schedule on Tuesday, it said.

A total of 823 flights were scheduled to depart or arrive on Tuesday. By 3pm, only 32 flights had been canceled while 14 were delayed, the authority said.

Foreign media quoted figures from data services firm VariFlight showing that nearly half of scheduled flights in and out of the Pudong Airport had been canceled, but airport authority said those flights were canceled long ago after China limited international travel due to the pandemic.

The airport is now operating around 1,000 flights a day on average, transporting about 100,000 travelers, including 5,000 passengers on international flights.

The airport’s West Cargo Terminal is linked to a small cluster of COVID-19 cases in Shanghai.

The airport authority said the cases were not related to the T1 and T2 terminals, where strict prevention and disinfection measures are in place.