A major cultural complex will be developed along Suzhou Creek in Putuo District to focus on the creative video sector, a popular area for young online audiences.

The SMG Creative Video Cultural Industrial Base, a new project under the cooperation of Oriental Pearl Group Co and the Putuo District government, will be built on Wuning Road in Shanghai.

It is one of 31 new major projects signed by the district government on Friday with leading companies in various fields such as fintech, investment, energy services, culture and innovation, life and health, environmental protection, the online economy and information technology.

Intelligent software, research and development services, fintech and life sciences have become the four key industries of Putuo, Jiang said. The district also focuses on film, eSports and advertising industries along with new sectors such as short audios and videos, and livestreaming.

The creative video base will become an interesting space featuring innovation, art and fashion, according to Cao Zhiyong, senior vice president of Oriental Pearl Group Co. It will become an offline center for online videos, content and e-commerce, Cao said.

In another major cultural project, Mahua FunAge, a domestic theater known for its comedy shows, is to set up its regional headquarters in Putuo’s Zhenru Subcenter.

Amid the COVID-19 pandemic, the company began developing online livestreaming programs, short videos and online movies. One of its latest online comedy films was assisted by the city’s cultural development fund.

Putuo’s culture service sector increased by 9.5 percent between January and September this year, according to the district’s culture and tourism bureau, with the number of cultural companies and their tax revenue increasing. 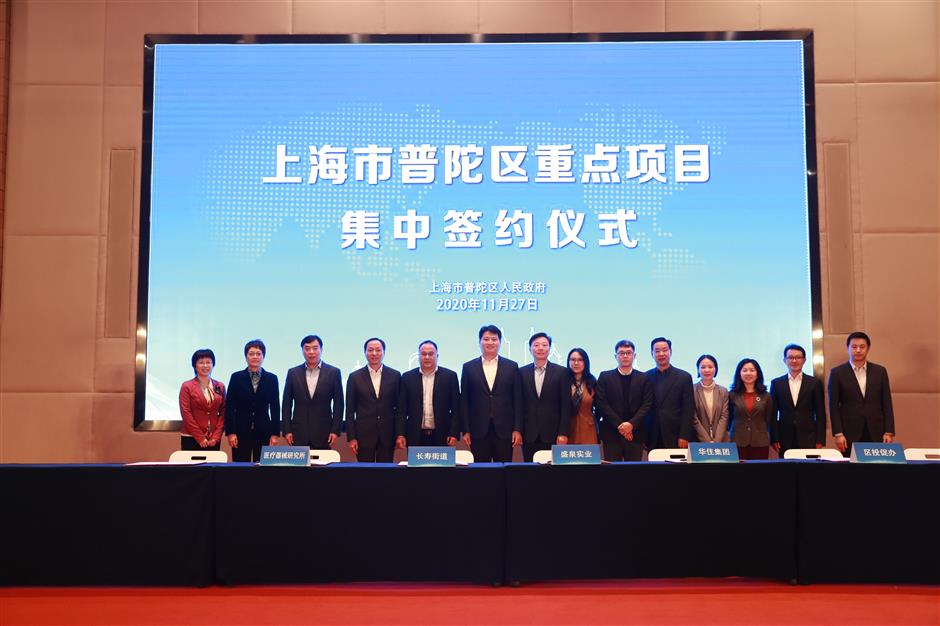