Stay calm and be away from rumors: health commission official

Hospitals in Shanghai which have suspended outpatient and emergency services since Thursday evening are expected to reopen from Saturday if the two nucleic acid tests return negative.

"There were no infections in local hospitals," said Lu Taohong, deputy director of the Shanghai Health Commission.

Many citizens are confused why so many city hospitals have been locked down. Lu responded to some of the most-asked questions today in an interview with People's Daily.

A: The three confirmed cases are neither medics nor hospital staff. One of them is a financial adviser with a pharmaceutical company and has no direct business contact with hospitals.

According to preliminary investigation, the three traveled to Suzhou to attend a lecture on ancient architecture. Participants in the lecture are from different industries and dozens of them had dinner together after the lecture. Only one of them is a doctor. 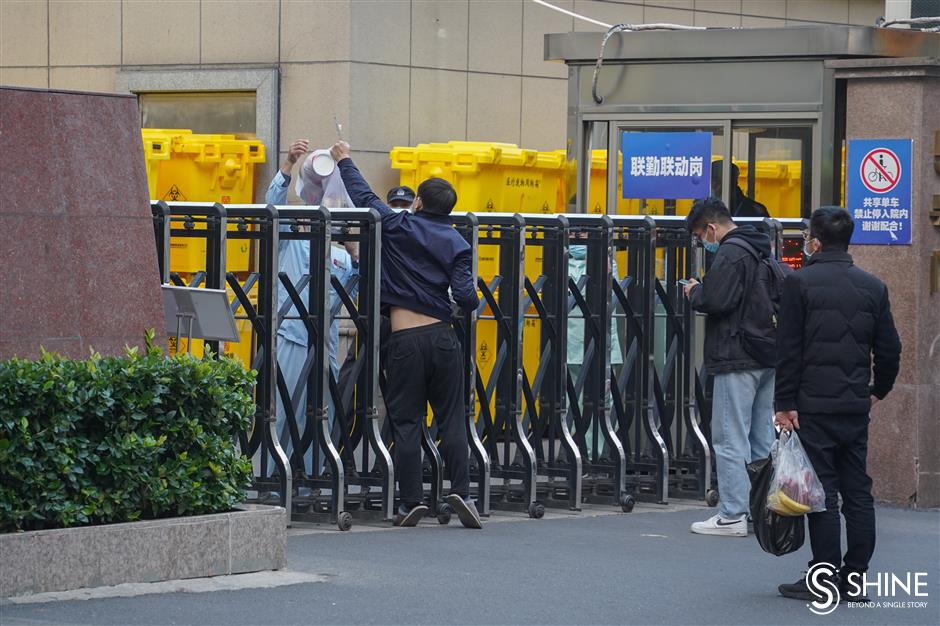 The Shanghai No. 9 People's Hospital was under lockdown on Friday afternoon.

Q: With only three cases, why are so many hospitals locked down? Will more be added to this list?

A: We are fully aware that the suspension of services has caused a lot of inconvenience among patients, so we sincerely appreciate the understanding. I want to say that these are just regular medical screenings, and there is no spread of the virus in Shanghai hospitals.

There are more than 200 close contacts in the first loop, among them many visited various hospitals or accompanied their family members to hospitals during this period.

According to the national standard of epidemic prevention and control, these hospitals are required to be under "2+12" monitoring management. In other words, during the time, all staff need to take two nucleic acid tests. Even if the tests are all negative, people involved still need to stay at home for 12 days, with temperature checked and reported daily.

So there might be one or two more hospitals suspending their services in the future, but there won't be many.

Q: Do all the hospitals need to be locked down for 48 hours? How are the nucleic acid tests going with medical staff right now?

A: Large-scale hospitals like Ruijin and Zhongshan can test more than 10,000 people a day.

After being put under closed-loop management on Thursday, these two hospitals completed first round of nucleic acid tests with all the staff overnight, and all came back with negative results.

As required, they need to have two tests with an interval of 24 hours. All the hospitals under lockdown will finish the second round of tests on Friday night. If the tests are all negative, hospitals that were suspended earlier, such as Ruijin, Zhongshan and Tongji, are expected to reopen at 8am on Saturday. So they actually would be locked down for less than 48 hours. 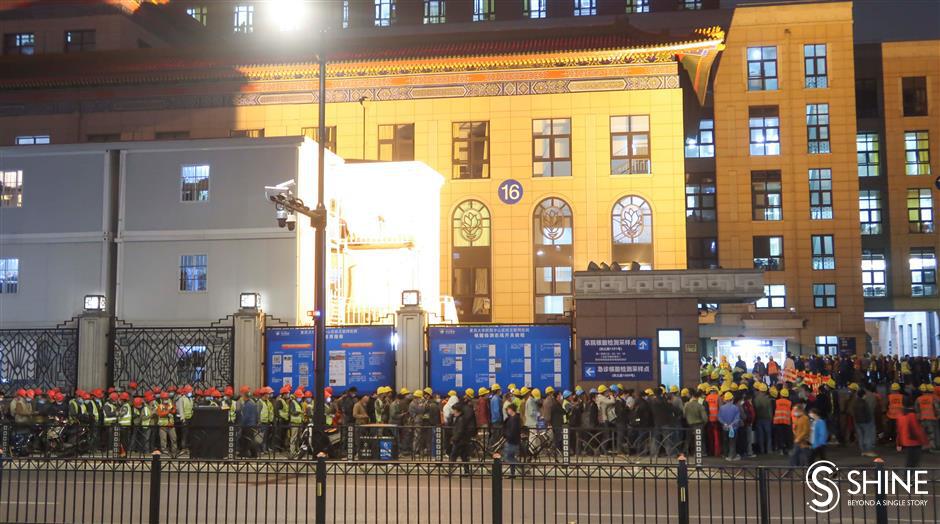 Construction workers at Zhongshan Hospital are waiting in line to have nucleic acid tests on Friday night.

Q: With so many public hospitals locked down, are medical services greatly impacted? What are the measures in response?

A: Some local hospitals have been through closed-loop management before, such as Shanghai No. 6 People's Hospital, Songjiang District People's Hospital and the EYE & ENT Hospital of Fudan University. But it's the first time for Shanghai to have so many hospitals locked down in two days.

As many hospitals have already prepared emergency plans, the lockdown is so far going smoothly, including accommodation and catering of stranded people. Fortunately the following two days are weekend, so there will be less pressure on the hospitals.

Online medical services are also playing an important role. Hospitals locked down have all informed the public how to use their online services via websites or social platforms.

From Thursday to Friday, local health commission closely followed up information of all the locked-down hospitals and everything is under control.

We hope residents can stay calm and be away from rumors.