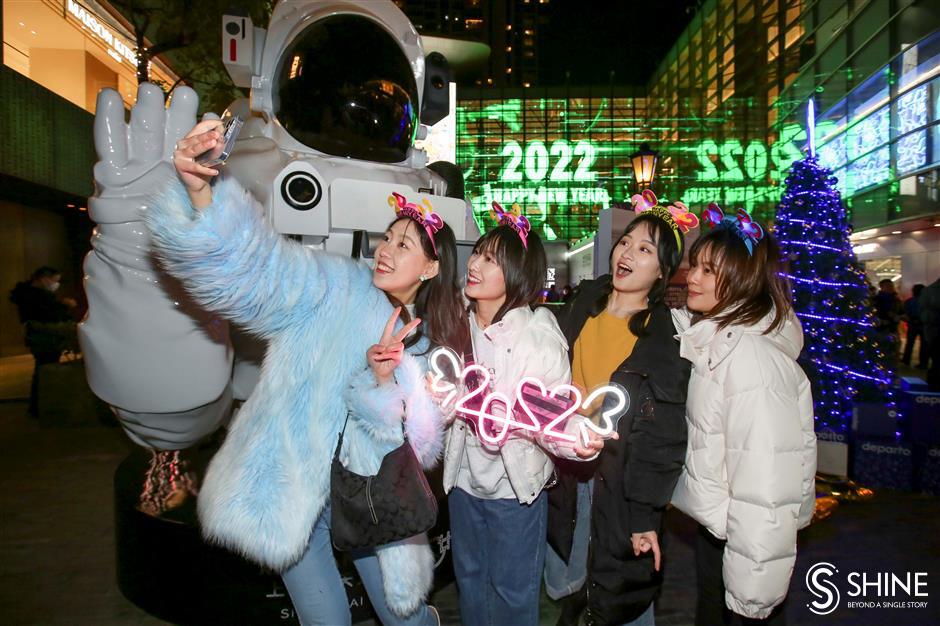 People celebrate in Xintiandi during the three-day New Year holiday. 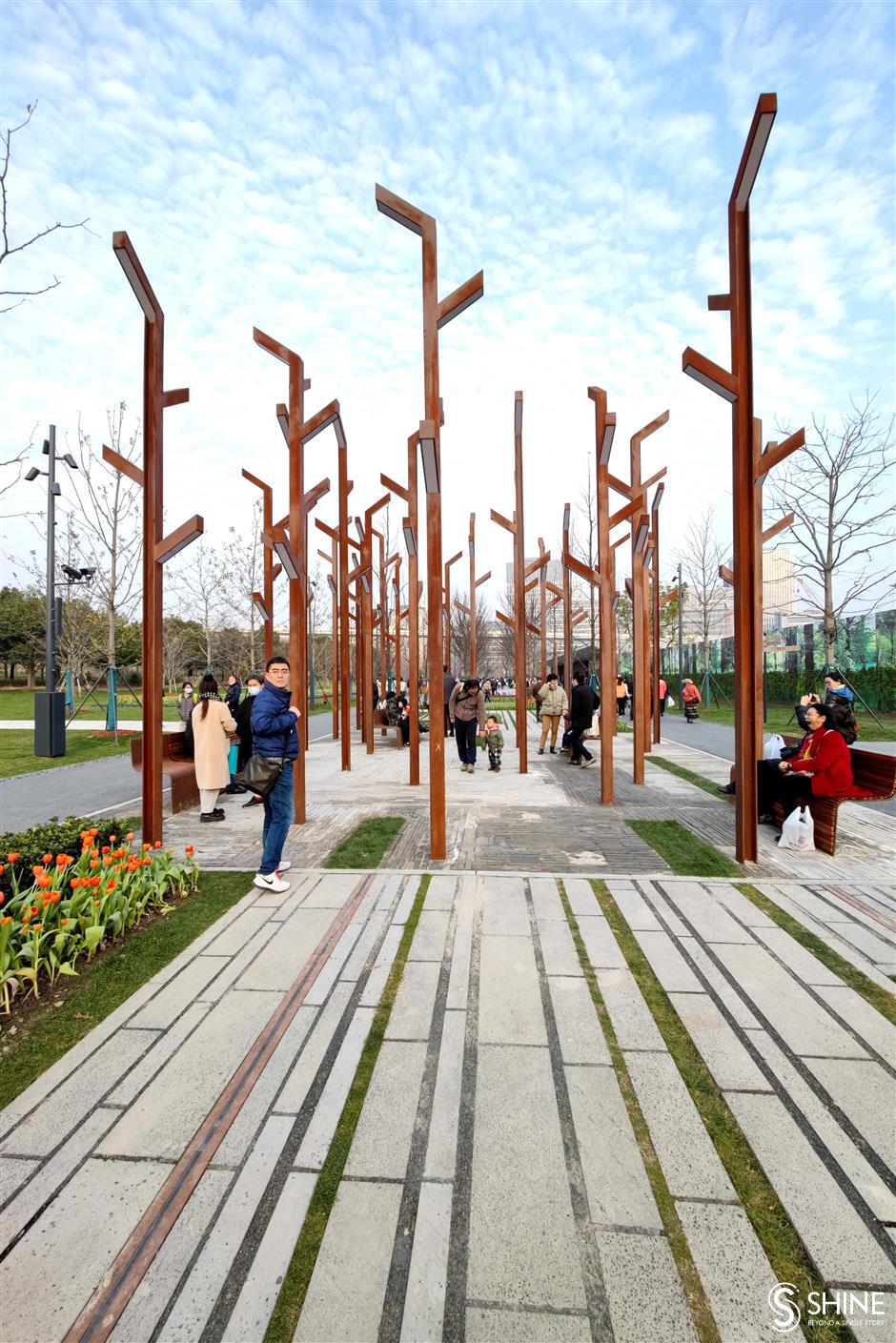 The city generated 12.57 billion yuan (US$1.98 billion) in tourism revenue during the holiday, according to the Shanghai Administration of Culture and Tourism.

Strict measures such as reservations, temperature and health QR code checks and real-name registration were implemented at cultural and tourism venues across the city during the holiday to curb the spread of COVID-19, the bureau said.

There was a cap on the number of visitors and people were reminded to wear masks and keep proper distance during tours. Cleaning, disinfection and ventilation measures were also in place 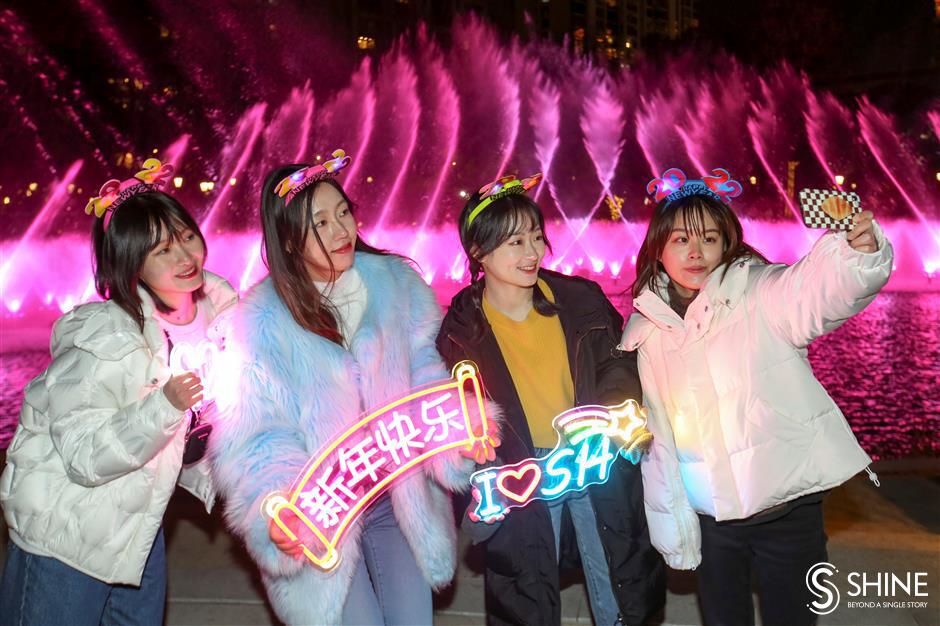 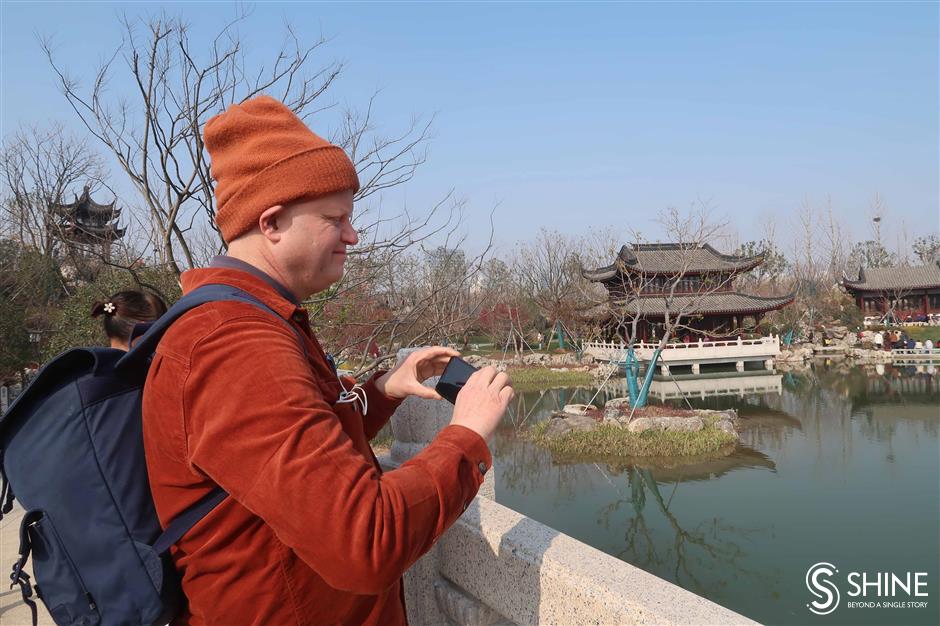 An expat takes in the sights at Expo Culture Park during the holiday.

Local officials closely monitored the real-time scene at major A-level tourist attractions via surveillance cameras, and ordered operators of indoor venues to swing into action if visitors failed to wear masks or a gathering was detected, according to the administration.

Diversified activities such as health runs and fireworks shows were staged during the holiday, enriching the tourism experience and leisure life of residents, the administration said.

Livestreaming events enabling people to "read" the city's architecture and "experience" the charm of the Huangpu River, Suzhou Creek and rural tourism attractions in virtual tours were popular during the holiday, attracting about 300,000 viewers.

The number of visitors to Chongming, Songjiang and Qingpu districts and areas along the Huangpu River also grew significantly during the holiday, it revealed. 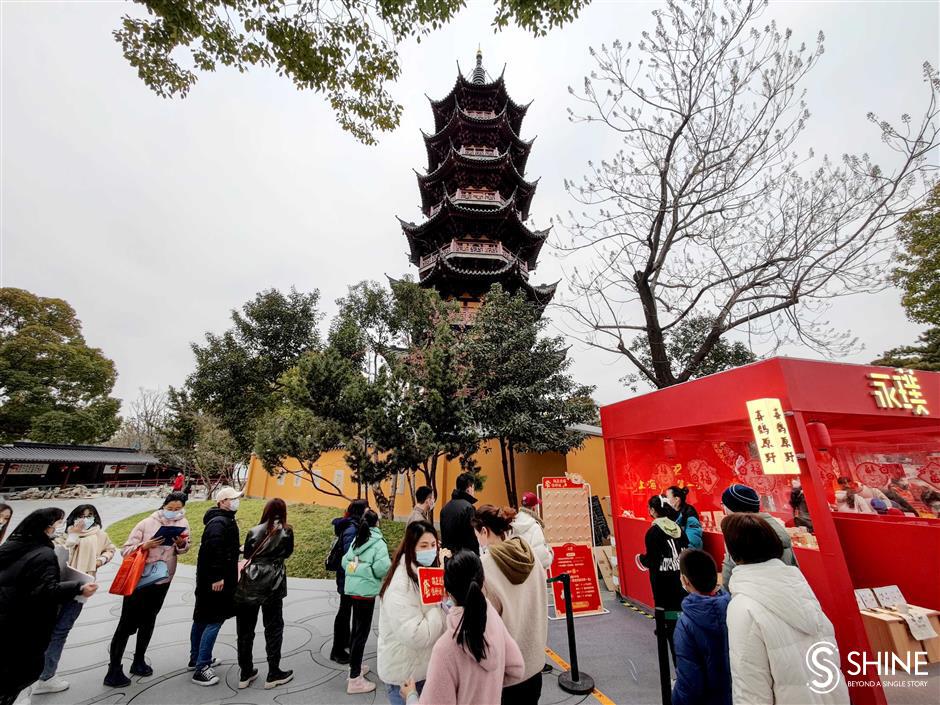 A cultural and tourism bazaar at the Longhua Temple square attracts many visitors. 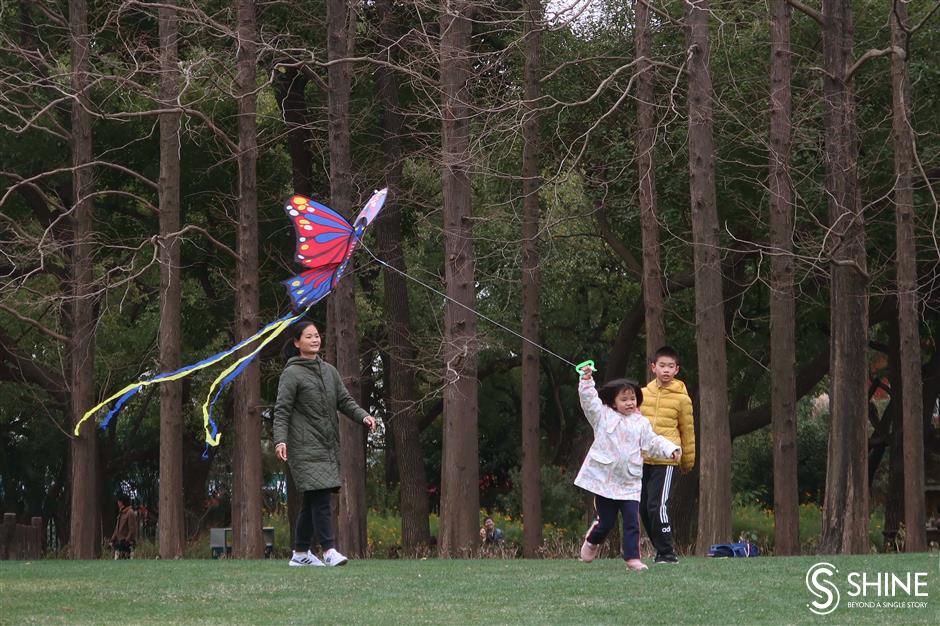 A girl flies kites at Shanghai Botanical Garden during the holiday.

The city's 170-plus major tourist attractions received a combined 2.26 million visits during the holiday, up 19 percent from the same period last year.

In total, the city's open-ended cultural and tourism areas recorded 4.94 million visits during the holiday. 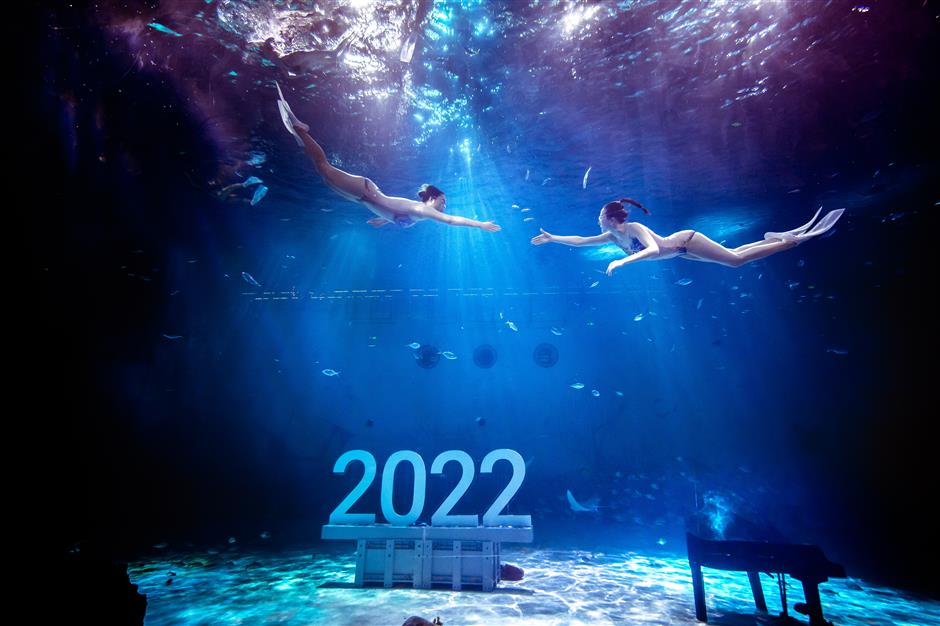 An under-water show was staged at Haichang Ocean Park as part of the New Year holiday attractions. 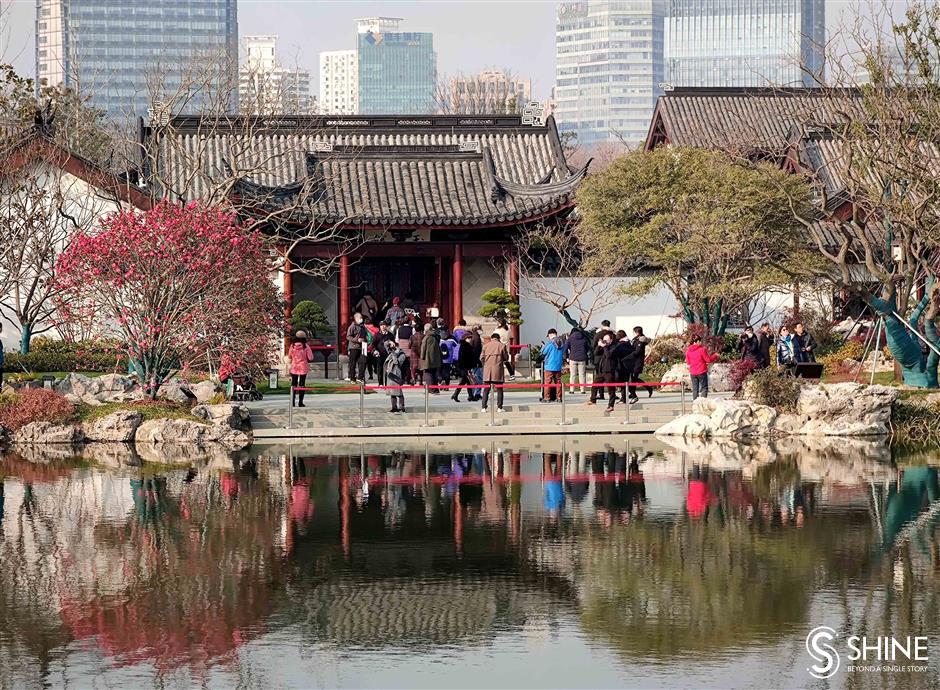 Yangpu, Hongkou, Huangpu and Xuhui districts and the Pudong New Area which are located along the Huangpu River welcomed 2.22 million visits from tourists during the holiday, increasing 112 percent from the same period of 2021.

Shanghai Disney Resort, Wuzhizhou Island scenic area, Temple of Heaven, the Imperial Palace and Xiling Snow Mountain were among the 10 most popular attractions during the holiday, and self-driving tours were favored due to COVID-19, it said.

An increasing number of young people made bookings at luxury resort hotels to celebrate the New Year, the website revealed.

A New Year celebration in Xintiandi. 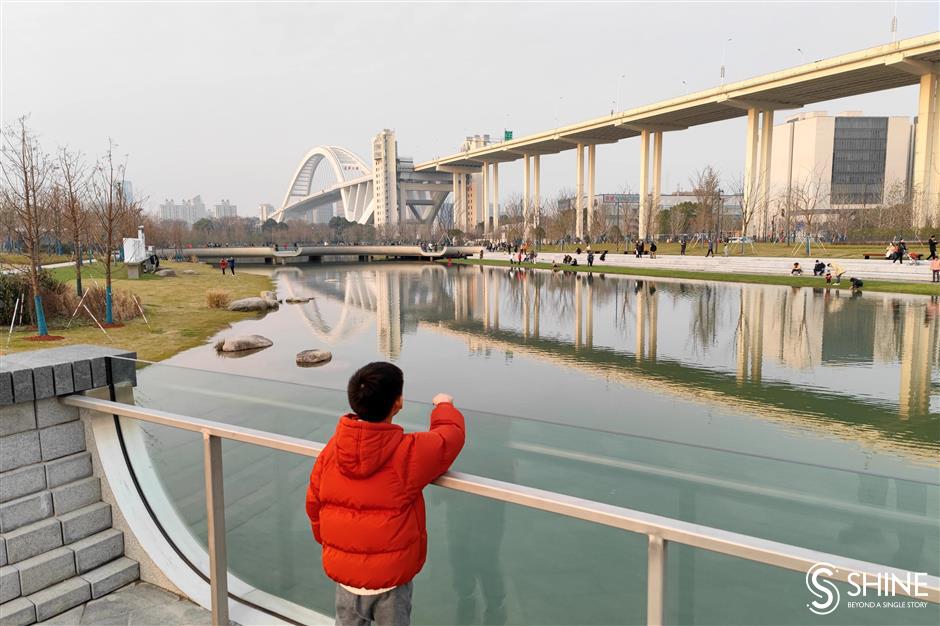 A child has a quiet moment at Expo Culture Park.

People traveling during the holiday were younger – half of them born after 1995, up more than 10 percent from the same period last year, according to Trip.com.

They preferred a short-distance trip by rail, it said.

"Young people are becoming a major consumption power and their strong will to experience fresh things has extended to the tourism field," said Shen Jiani, a tourism researcher of Trip.com. "They tend to be attracted by a single factor like food, photo, or even jubensha, which prompts them to make a journey."

Live-action role-play games, jubensha in Chinese, have become something of a craze among Chinese youth.

During the holiday, the popularity of jubensha surged 50 percent from the same period last year, based on search data, and tourist attractions such as Hengdian World Studios, China's largest movie production base, in Zhejiang, have launched relevant products.