Customs steps up to ensure quick clearance of imports

Imported supplies such as vegetables, fruit, milk, milk powder and beef have been quickly cleared and transferred during the ongoing COVID-19 resurgence in Shanghai, according to Shanghai Customs.

A cargo of pumpkins from New Zealand, weighing 25.6 tons, passed through customs smoothly at Waigaoqiao port area after quarantine inspection on March 29.

In addition, the total amount of imported fruit and vegetables supervised and released by customs officers at Waigaoqiao Port reached 151,000 tons in March. 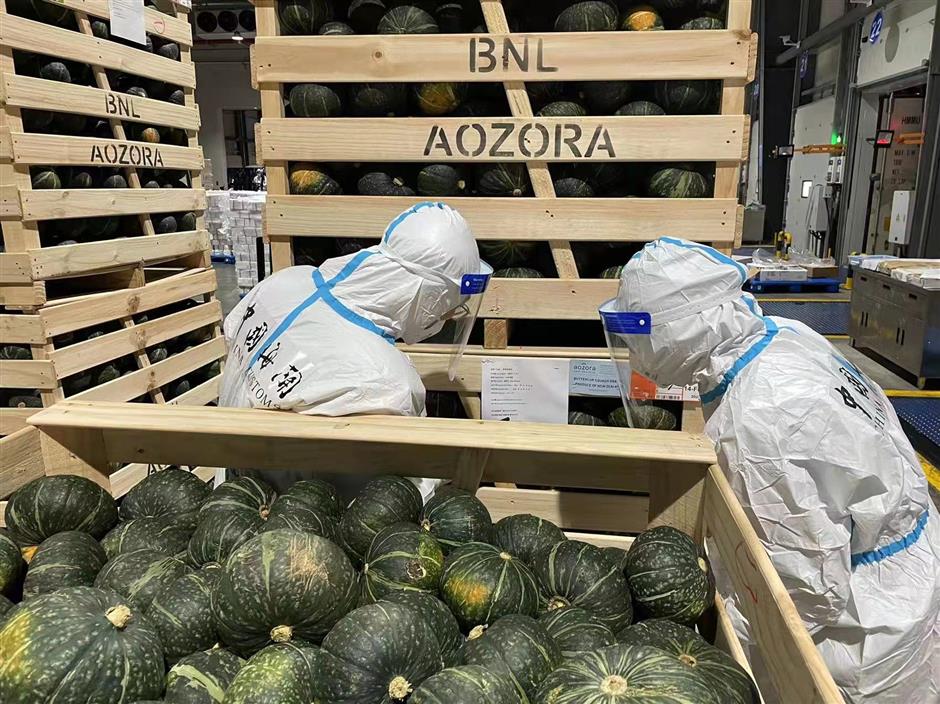 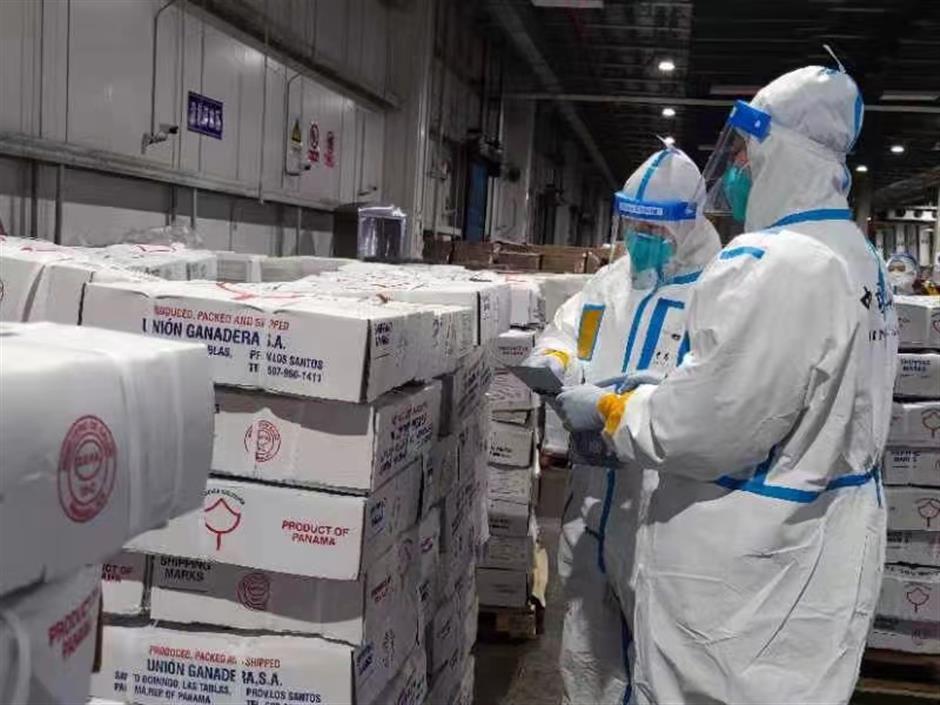 Customs has issued a series of special measures to support the city's battle against the COVID-19 outbreak, including giving clearance priority to imported living supplies since the first phase lockdown began in Pudong.

Two batches of beef from New Zealand weighing 8.7 tons passed the inspection of on-site customs officers through Yangshan Port on March 29, and were transported to major supermarkets that afternoon.

Pudong Airport Customs has guaranteed the customs clearance of 21 types of imported materials since March 28, including durian fruit from Thailand and apples from New Zealand.

In addition to necessaries, the city's customs also focuses on supporting the city's enterprises which have import and exports business, such as allowing companies to postpone customs formalities and implement online customs services throughout the process.

Moreover, the city's customs services function normally in the lockdown period, to ensure the city's import and export needs.

A total of 60,000 batches of import and export goods, 153,000 batches of inbound and outbound express mail, and 614,000 batches of cross-border e-commerce commodities have passed the inspection and check of customs officers in the Pudong New Area. 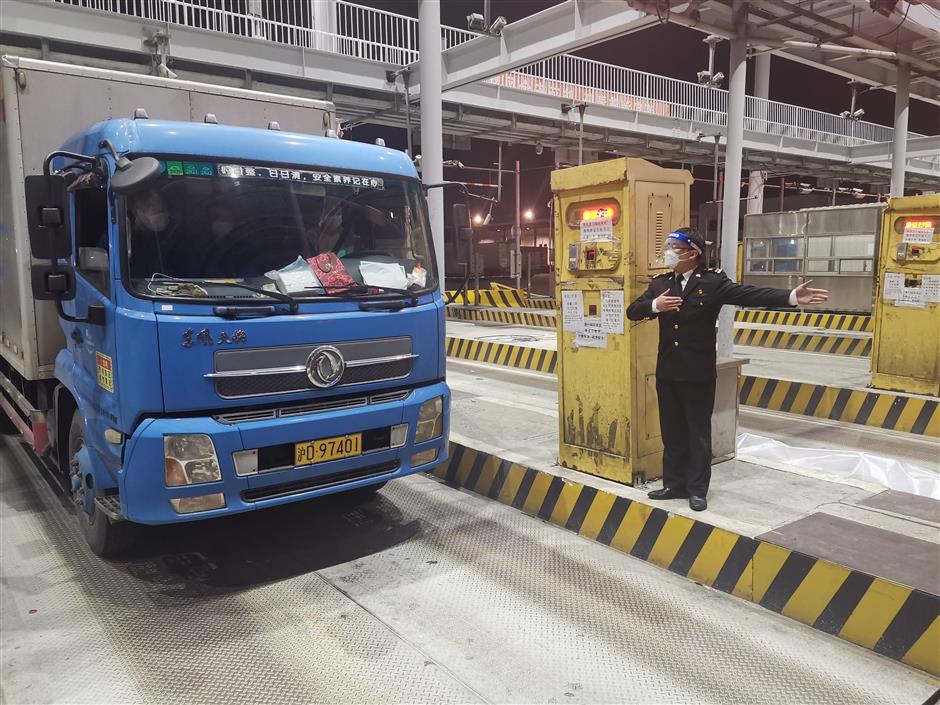 A customs officer discharges a truck with cleared import goods late at night.