The buzz around Minhang is that pigs really do fly 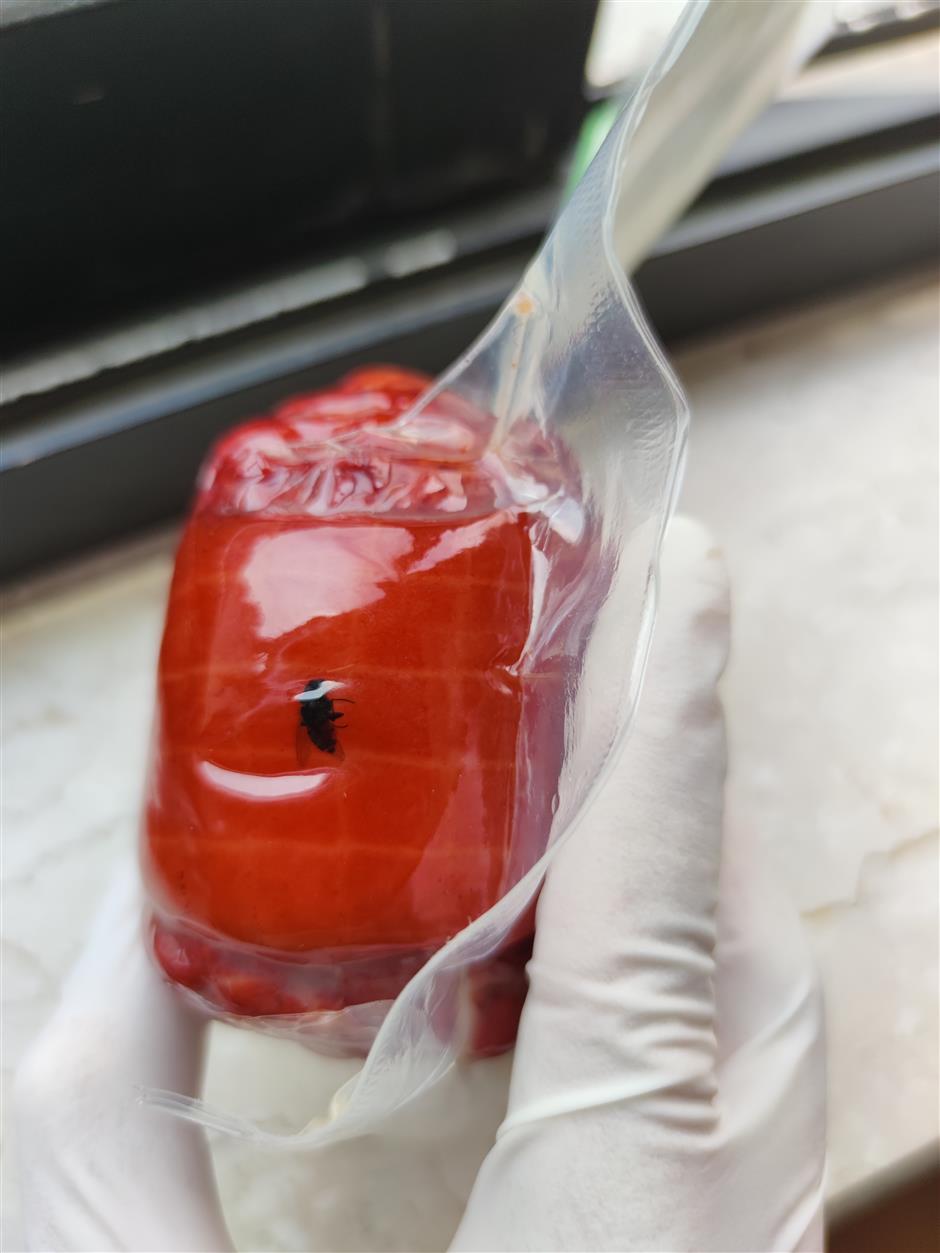 The fly in the packet of braised pork knuckles.

The Minhang District outlet of RT-Mart will face a fine of 100,000 yuan (US$14,730) after a fly was found in a packet of its braised pork knuckles, Shanghai's market regulators revealed on Saturday.

The Minhang District Administration for Market Regulation said officials carried out an investigation recently after a resident's complaint that a fly was spotted inside the vacuum package of the braised pork knuckles.

The braised pork knuckles were procured by Meilong Subdistrict government of Minhang and supplied to residents at some communities in Minhang as free gift packs, with other food like sauced pork included in the packages as well.

Each pack of the braised pork knuckles costs 17.8 yuan, according to the administration.

The market watchdog of the district confirmed the violation against China's food safety laws after the investigation and will impose a fine as a result, officials said.

Market officials in Shanghai said they had informed their counterpart in the Yangtze River Delta region over the case for investigation into the producer of the substandard food.