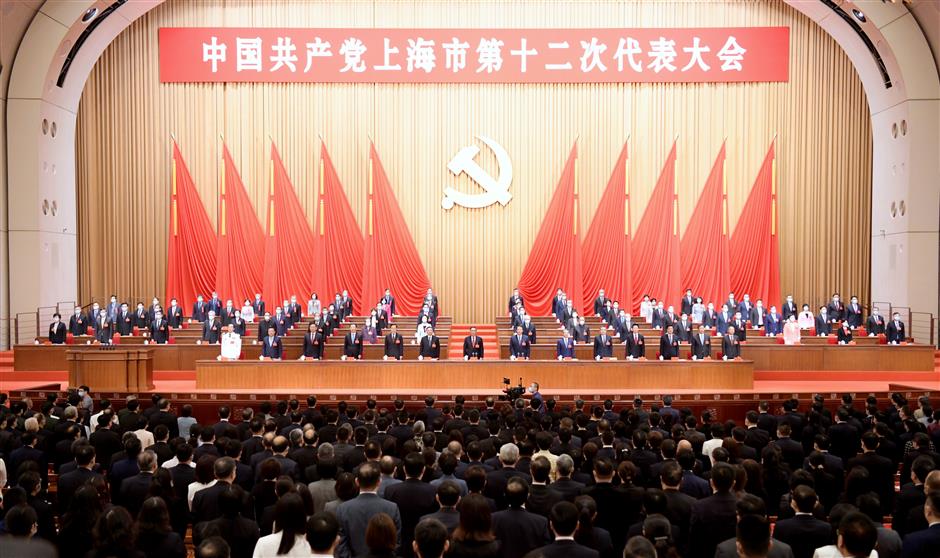 Shanghai will accelerate the development of a socialist, modern international metropolis with global influence over the next five years, the city's Party Secretary Li Qiang said at the opening ceremony of the ongoing 12th Communist Party of China Shanghai Congress today.

The congress, which takes place once every five years, reviews Shanghai's progress over the past five years and will come up with agreements on goals and visions for the city for the next five. Representatives, selected from citywide, to the congress will also elect deputies to attend the 20th National Congress of the CPC in Beijing later.

Li said in a report that the CPC Shanghai Committee aims to improve Shanghai's international influence in the next five years, including its economic aggregate, ability in science and technology innovation, functions as a global center for economy, finance, trade, shipping and innovation, influence of soft power and capability of international communication.

He said the city aims to make the city more "people-oriented" and get people more involved in the legislation process to improve social governance, people's livelihood, balanced development between urban and rural areas, as well as harmonious development between human beings and nature.

He also said the city will try to improve its public services and opening up to attract more talent from all over the world to create a place where people can realize their dreams, show off their talents, have their individuality respected and become inspired in creativity. 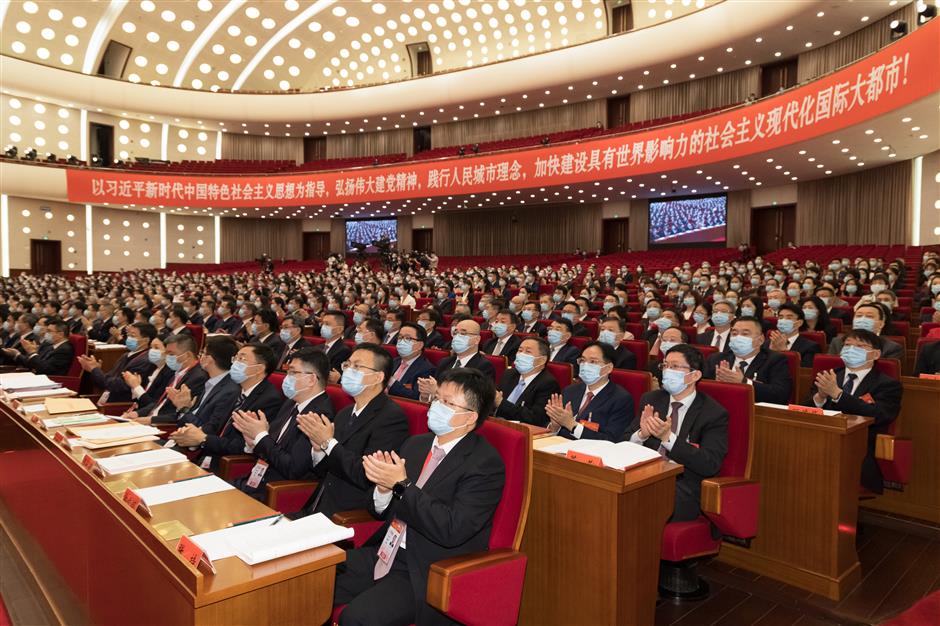 Li said Shanghai aims to have its vision of a socialist, modern international metropolis with global influence primarily achieved by 2035 and fully achieved by the middle of the century.

He said Shanghai needs to implement key national strategies to further facilitate reform and opening-up, and build up a modern economic structure to promote high-quality economic development and improve its economic competitiveness, creativity and resistance against risks.

He explained that the city will move forward to enhance its capability in allocating global resources, becoming a resource allocation center that connects, trades with and serves the whole world. It will strengthen its strength in science and technology innovation to promote basic and original research as well as connection between industrial chains and innovation chains.

The city will intensify its function as a window on China's opening-up policy. It will build up a world shipping and aviation hub with high-end aviation services and industrial clusters, as well as a digital capital with global influence, according to Li.

He said it will keep optimizing its industrial structure and promote integration development between manufacturing and services sectors, coordination of industry digitalization and digit industrialization, and coherence of industrial Internet and consumption Internet.

He said it will continue to promote innovation-driven, service-oriented, opening-up, headquarters-based and flux-focused types of economic sectors, as well as Shanghai's reputation in services, manufacturing, shopping and culture.

Li stressed the importance to build up key nodes in domestic market circulation and the dual circulation in both domestic and international markets. It will give full play to Shanghai's advantages in location and market scale to attract high-quality products and technologies from all over the world and better connect with the global economic networks.

To improve the quality of people's livelihood, the city should leave the best resources and provide best services for the people, he said.

"We should let children grow and thrive, young people realize their dreams and seniors enjoy life," he said. "We should let people enjoy healthy lives and move the whole society toward common prosperity."

While calling on improvements in employment services to expand career paths for young people, Li also stressed the necessity to encourage young people to participate in urban governance, community services and called for efforts to help young people with marriage issues and childcare.

He said the city needs to improve coordination of integrated medical and health care for senior people at home, communities and nursing homes and more services, such as learning new skills, for old people to enjoy a colorful life.