Shanghai commuters can now use digital currency to take Metro 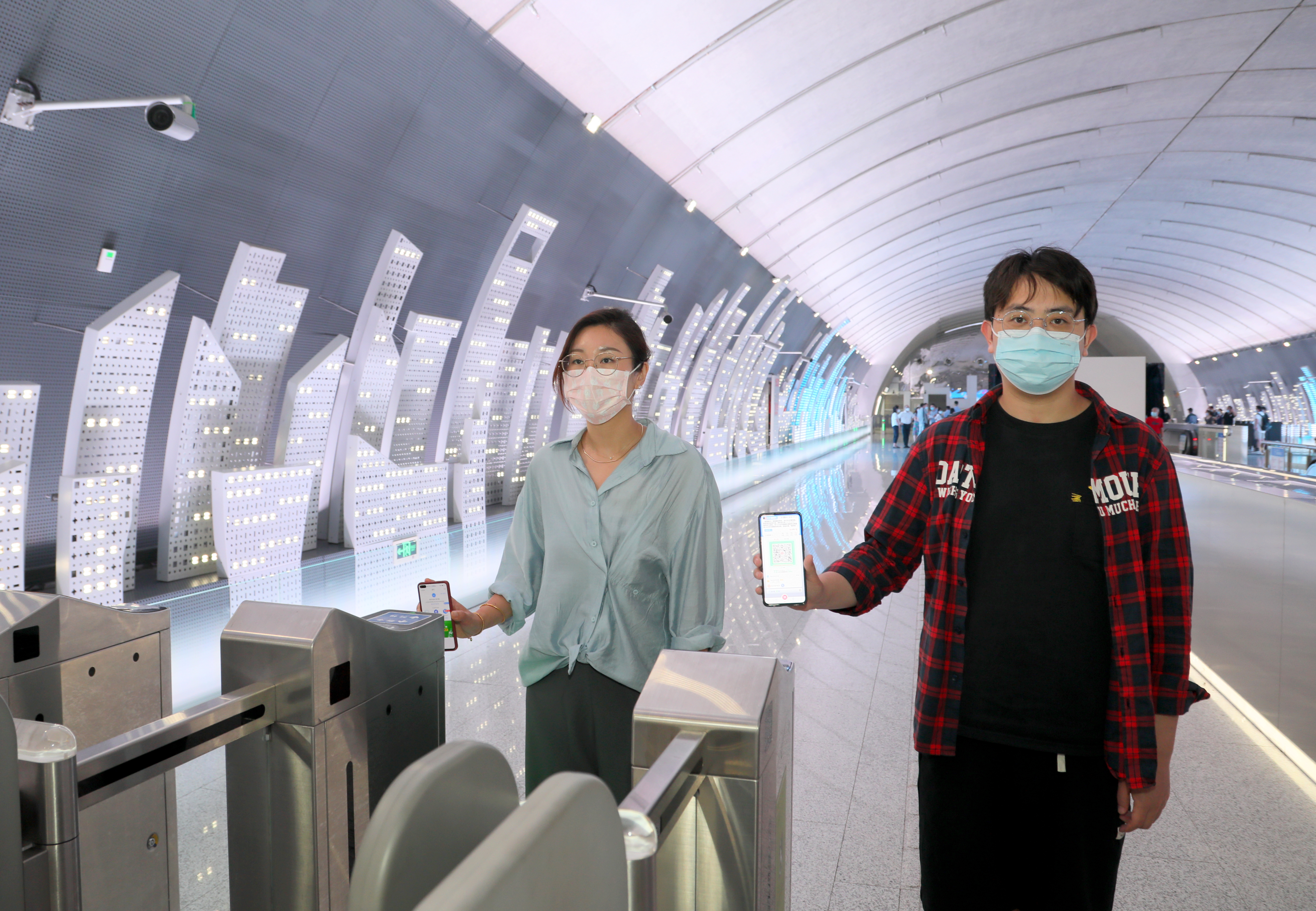 Shanghai residents can use China's digital currency, the e-CNY, to take the Metro from Friday in an effort to further expand its presence in people's daily lives.

Through Metro Daduhui, the official app of the city's subway operator Shentong, commuters will be able to pay their fares with the digital wallets of several major domestic banks. These include the Bank of Communication, Industrial and Commercial Bank of China, Agricultural Bank of China and China Construction Bank.

To promote the new digital scenario, the first 10,000 e-CNY users will be rewarded with certain discounts every day through September 15. They only need to pay a cent for a 4-yuan Metro ticket, or enjoy a 4-yuan deduction.

"Expanding the applications of the e-CNY is not only a national strategy, but also for the convenience of people's daily lives," said an official with the Bank of Communication Shanghai branch.

The bank jointly launched the payment service with Shentong on Friday and plans to expand its use in transportation, retail, medical services and people's livelihoods, the official added.

Also, the official app Daduhui has integrated PCR test duration, health code and Metro ticket codes into the same page. Passengers can show the page to Metro staff and go through turnstiles by scanning it, according to Shentong.

Since its debut in late 2019, the digital yuan has been accessible in over a dozen Chinese cities, including Beijing, Shanghai and Shenzhen. Its applications range from bill settlements in restaurants to transactions on the futures market.

During the Beijing Winter Olympics, consumers could use the digital yuan widely – not only at venues but also for various services, including transportation, catering, accommodation, shopping, sightseeing, health care, telecommunications and entertainment.