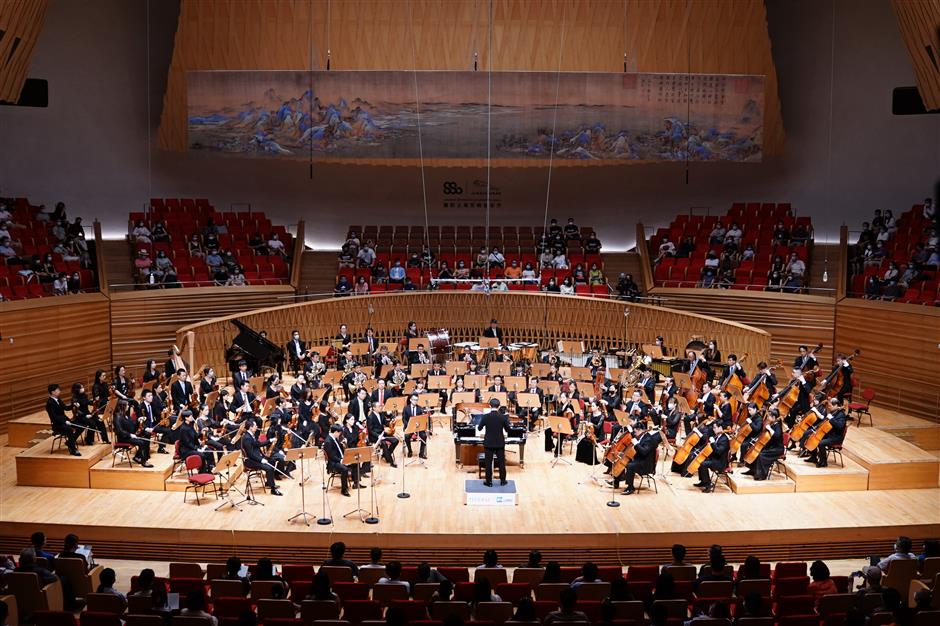 The premiered new commission is inspired by an ancient painting of the same name "A Thousand Li of Rivers and Mountains" from the Song Dynasty (960-1279).

The Shanghai Symphony Orchestra closed its summer music festival on Saturday with the world premier of "A Thousand Li of Rivers and Mountains."

The orchestra's music director Yu Long will take it on a national tour in August.

The symphonic poem was composed by Zhao Lin, music director of the acclaimed opening ceremony of the Beijing Winter Olympics.

Zhao took inspiration from an ancient painting of the same name from the Song Dynasty (960-1279). The painting, the only work left by the prodigy Wang Ximeng (1096-1119), is a grand landscape that also includes detailed scenes of the daily life of people.

"My father and I are both composers, but actually painting is the mainstream in my family," Zhao said.

"My grandfather is one of the founders of Chang'an painting style. The piece is a gift to our traditional culture in the form of symphony with traditional Chinese instruments.

"The piece includes a preface and six movements. Each movement is composed in the style of Classic of Poetry, with the methods of explicit and implied comparisons, to start with nature and make connections with human." 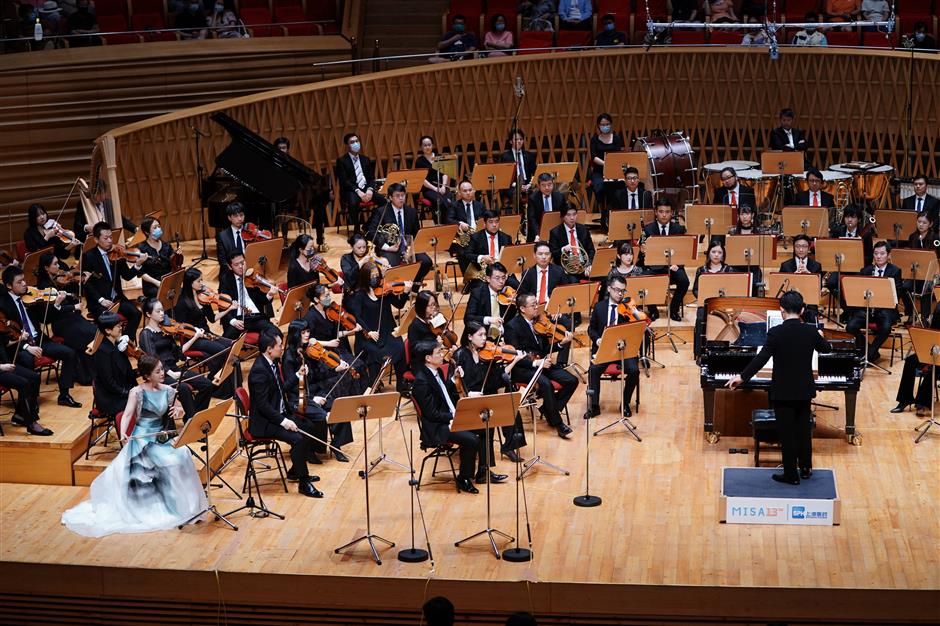 Various traditional Chinese instruments are featured in the symphonic poem, including the two-stringed erhu, played by Lu Yiwen (on the left).

The 13th Music in the Summer Air (MISA) festival was the most dramatic since it was launched in 2010.

Due to pandemic control measures, it was forced to open to an empty concert hall and streamed online on the first day, before going back to live a day later.

Due to the pandemic, the orchestra's music director Yu, originally scheduled to conduct both the opening and closing concerts, also missed the entire festival for the first time.

Young conductor Sun Yifan was notified to stand in Yu's place for the closing concert days before the festival started on June 20 – when he was at Warsaw's Chopin Airport returning to Shanghai after finishing his master's degree in Germany.

As if that was not dramatic enough, he learned that he would also need to play the piano.

"I was more nervous about playing the piano than conducting," he told Shanghai Daily during rehearsal. "I kept studying this painting, and gained some new perspectives everyday, similar to my understanding of the music.

"At first, you are looking at the grand landscape, but gradually you get drawn to all those details like the two old men drinking in a pavilion. Then I will try to pull myself away so that I wouldn't get lost in the details and still have the big picture in mind. That's a very interesting process."

In August, Yu will take the symphonic poem on a national tour. He sees the new music as a discussion of philosophical questions.

"Six movements of distinct styles point to six parts of the painting, answering the philosophical questions from different perspectives – what is China? What does it mean to be a Chinese?" he explained.

"I hope that audience members, after hearing this symphony, will be able to feel the passion of the composer, and his enthusiastic depiction of the aesthetics of China."