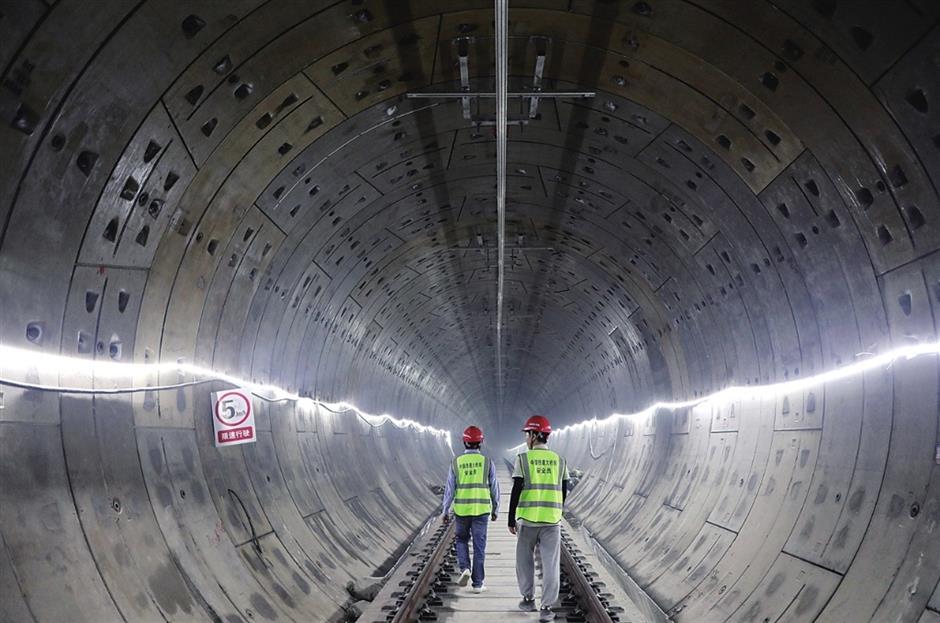 The tunnel for a new subway line in Shanghai's neighboring Suzhou City was dug through on Friday, a key milestone in a link that will offer an easier daily commute between the two cities when it opens next year.

The Line S1 of Suzhou's Rail Transit will directly connect with Shanghai's Metro system. It will meet at Huaqiao Station, one of the termini of Shanghai's Metro Line 11, when trial operations begin in 2023, according to Suzhou government.

The 41.25-kilometer Line S1 will start from Suzhou Industry Park in the east of the downtown area and go through Kunshan, a county-level city in Jiangsu, to reach Huaqiao.

Construction started on the new subway project at the end of 2018. Digging machines started work in May 2020 and the structures of all the line's stations were completed by the end of 2021.

Line S1 will have 28 stations, covering downtown Kunshan, its economic and technological development zone, the Huaqiao business zone as well the Yangcheng Lake, famous for its hairy crabs.

"Construction on the line has provided full experience for Suzhou to build its own future subway lines," said Guo Lei, general manager of the Line S1 operating company. 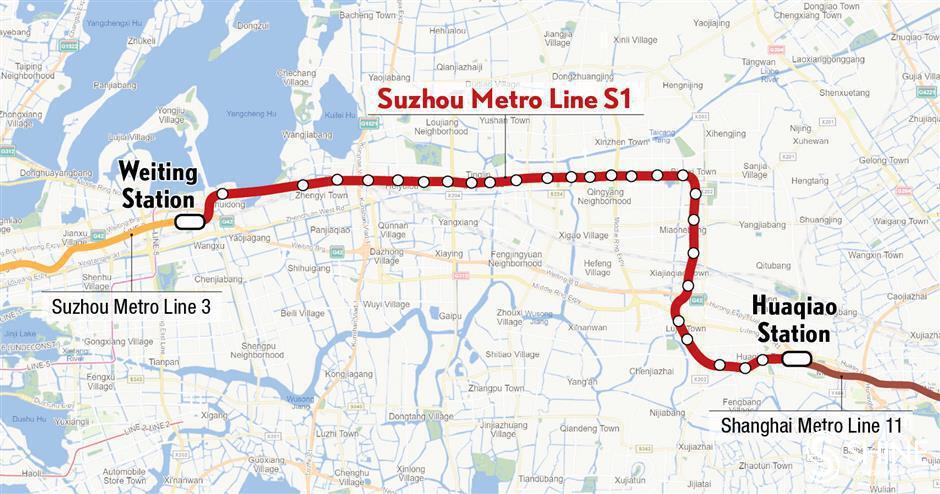 According to the schedule, the track construction will be completed by the end of September and the electric facilities will be installed by the end of October, followed by a soft operation next year.

"The Line S1 marks the subway systems of Shanghai and Suzhou officially 'shake hands' with each other," said Shi Jiahong, the vice mayor of Suzhou.

"It will make it more convenient for the 'double city' life between Shanghai and Suzhou," Shi said.

The current most common mode for Shanghai residents to get to downtown Suzhou is by high-speed or bullet trains or by road. It takes about half an hour to reach Suzhou from local railway stations.

Line S1 will also intersect with Line 3 of the Suzhou Metro, which runs across Suzhou.

According to the blueprint, Line S1 will use Level-A trains, the biggest among the nation's four tiers of Metro carriers, with either four or six carriages and operating at a maximum speed of 100 kilometers per hour. Most of Shanghai's Metro trains have an average speed of 80 kph.

Currently, Suzhou has six subway lines –1, 2, 3, 4, 5 and extension of Line 4 – in operation, according to the Suzhou Rail Transit operator. In the longer term, Suzhou plans to build 15 Metro lines totaling 768 kilometers.

Shanghai's Metro Line 11, the city's only interprovincial subway line, has three stations – Huaqiao, Guangming Road and Zhaofeng Road – in Kunshan, which comes under the jurisdiction of Suzhou.