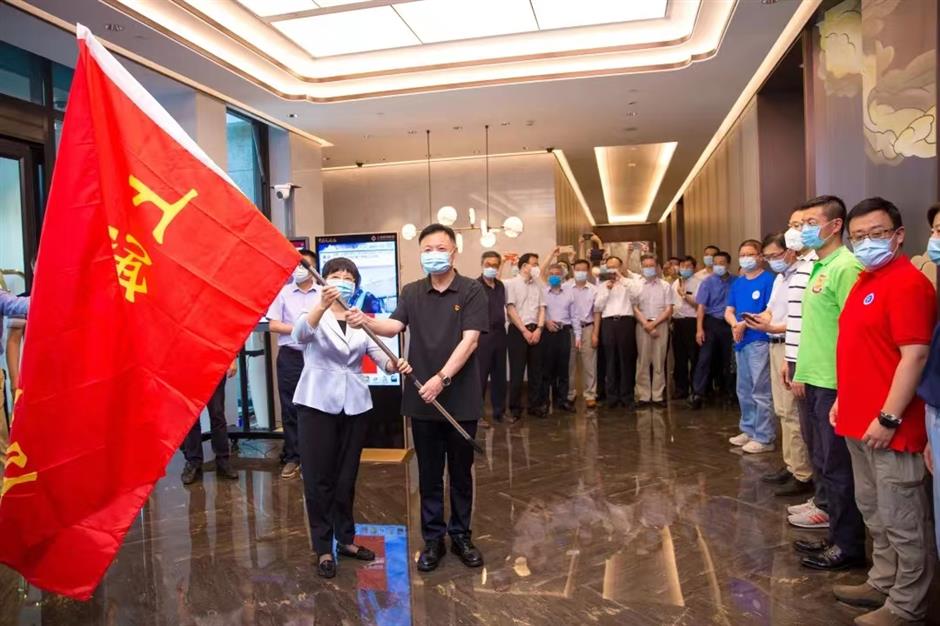 More than 1,000 Shanghai medical professionals are en route to Hainan Province to help in the fight against COVID-19.

A first team of 504 medics from 25 city-level hospitals left Shanghai for Hainan on Sunday afternoon. The second team will leave on Monday.

Shanghai received order from the national government on Saturday to send two medical teams to Hainan. The teams will consist of doctors, nurses, infection control professionals, hospital management staff and other supporting personnel with equipment to take charge of makeshift hospitals with about 2,000 beds.

Team leader Zheng Junhua from Renji Hospital said all medics will devote themselves to the COVID-19 campaign.

Officials from Shanghai Children's Medical Center said its 21 medics from ten departments finished preparation with 24 hours upon receiving the order.

The team is led by experienced medics, who have served in designated hospitals or the sections receiving infected children and their parents in makeshift hospitals during the pandemic in Shanghai, the hospital said. 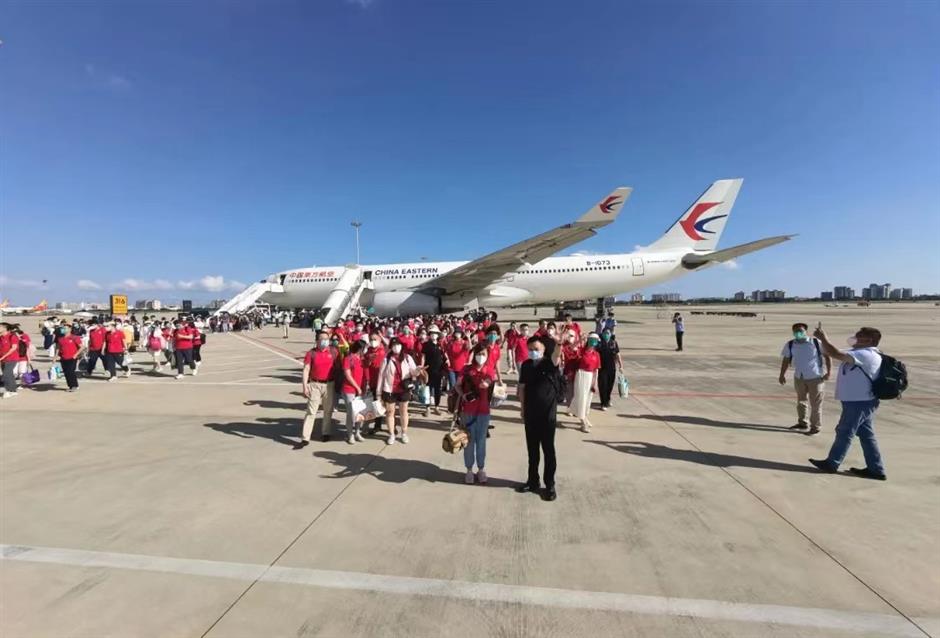 The team from Shanghai arrives at Hainan after a three-hour flight.