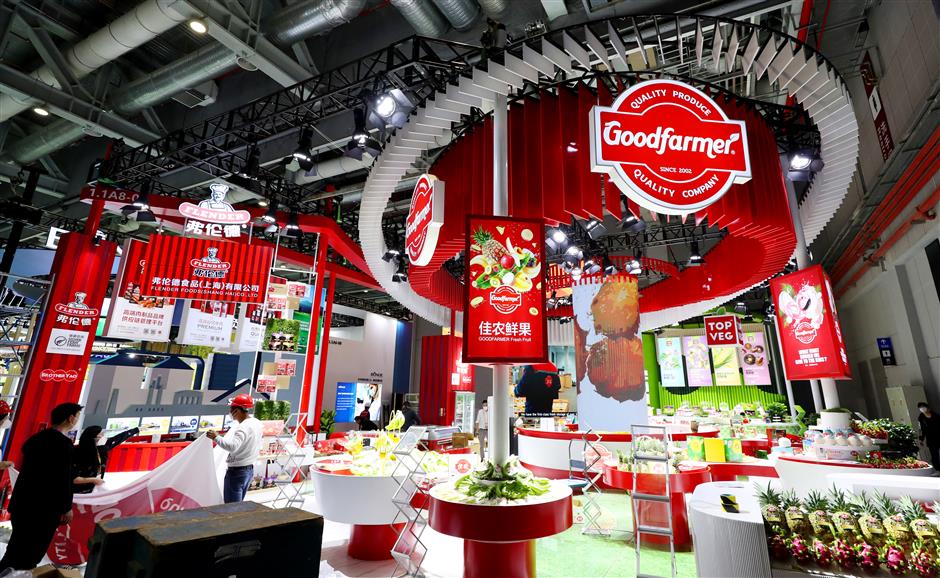 A stall at the food booth of the 5th China International Import Expo.

The official footballs of all FIFA World Cups since 1970 will be exhibited together at the 5th China International Import Expo, which will begin in Shanghai on Saturday.

They will include a giant AL RIHLA, the official ball for the 2022 FIFA World Cup, which kicks off on November 18 in Qatar, according to adidas, a participant at the CIIE.

The balls, which involve the latest sports technologies and materials during each competition, will be displayed along with other memorable exhibits, which recall the most glorious moments of China's sports business, according to the German sportswear giant.

They include the jerseys worn by the Chinese men's football team in 2002, when it reached the World Cup finals for the first and, so far, the only time; the sportwear of China's national team for the 2008 Beijing Olympic Games, when China topped the gold medal tally; the jerseys of the women's volleyball team for the 2020 Tokyo Olympics, as well as the ski suit of 2022 Beijing Winter Olympic champion Su Yiming.

They are among the key exhibits, new products and technologies from leading overseas firms based in downtown Shanghai which will make their global debuts at the CIIE. 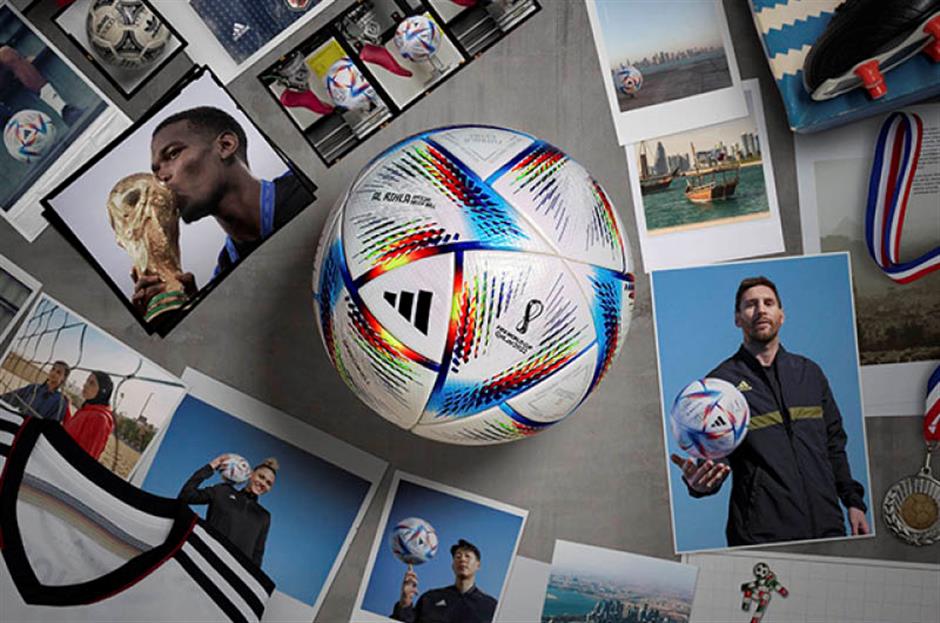 AL RIHLA, the official ball for the 2022 FIFA World Cup in Qatar.

Denmark's famed toy firm Lego will unveil a three-dimensional concept blueprint for its Legoland Shanghai Resort for the first time at the CIIE. The resort, spread over 318,000 square meters in suburban Jinshan District, will include a theme park, a themed hotel, and supporting commercial facilities.

A carousel made of 78,752 Lego bricks will also make its global debut. Ten engineers spent 366 hours to finish assembling the structure.

Uniqlo will display a 2.5-meter-tall giant thermal underwear to further promote its HEATTECH technology, which has been popular globally thanks to the CIIE, an official with the Japanese brand said.

Thermal clothes fully made with recycled fabrics will also make their debut to showcase the company's low-carbon development concept. 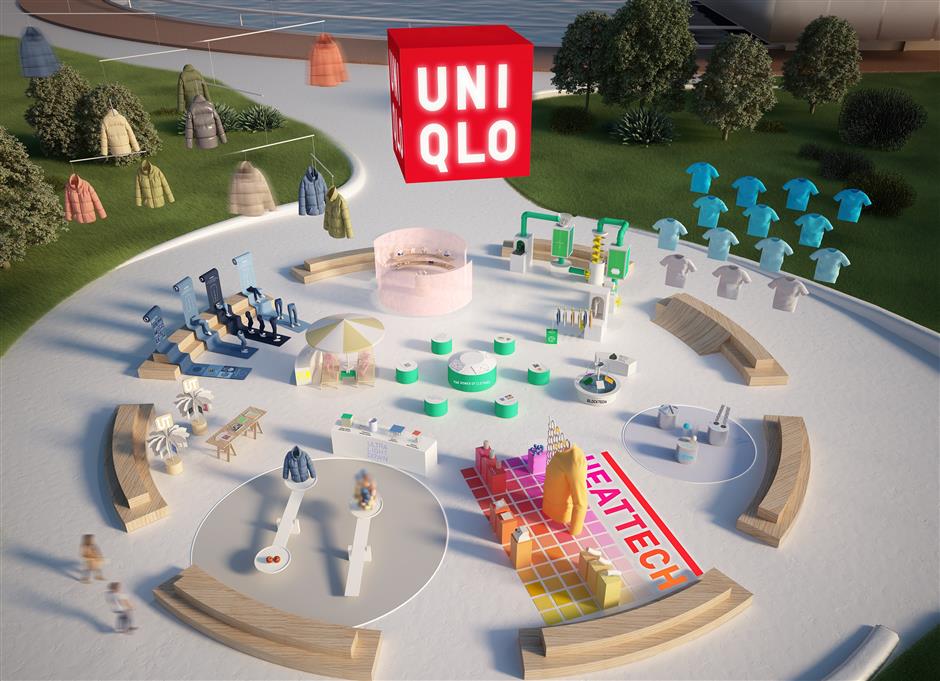 The exhibition plan of Japanese clothing brand Uniqlo for the 5th CIIE.

Twenty-nine overseas companies based in Xuhui District will take part in the CIIE this year. They include 13 multinational headquarters such as Mondelez, Emerson and adidas, and nine Fortune 500 firms, including Microsoft, Johnson & Johnson and Merck and Co. Most of them have taken part in the CIIE for five years, according to the district's commerce commission.

Xuhui attracted more than US$1 billion in foreign investment in actual use between January and September this year, a 26 percent increase from last year.

Eleven multinational headquarters have newly opened in Xuhui, a 37 percent increase on year and taking the total number to 111, ranking top among downtown districts. 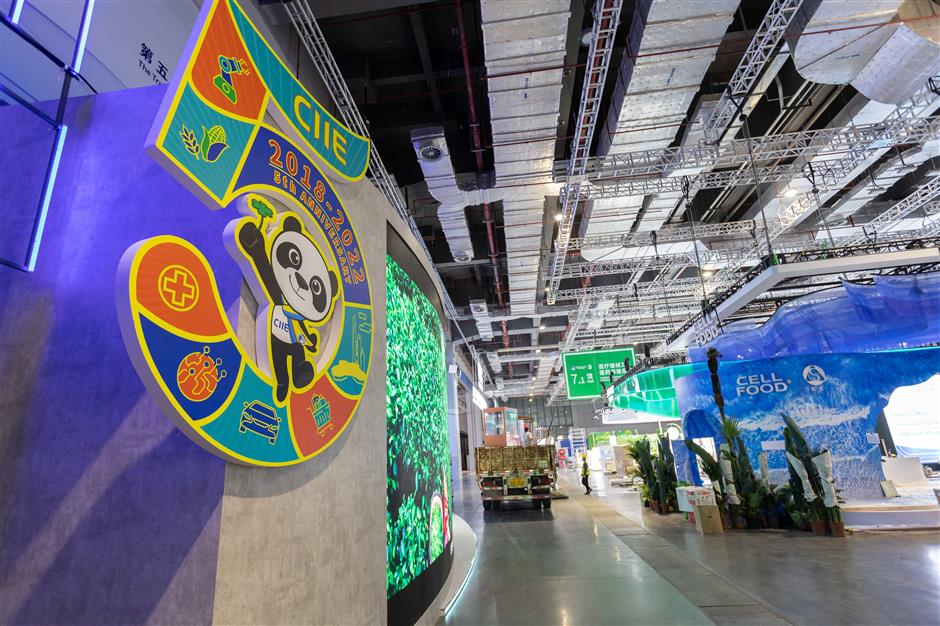 The 5th CIIE will begin on Saturday at the National Exhibition and Convention Center (Shanghai).