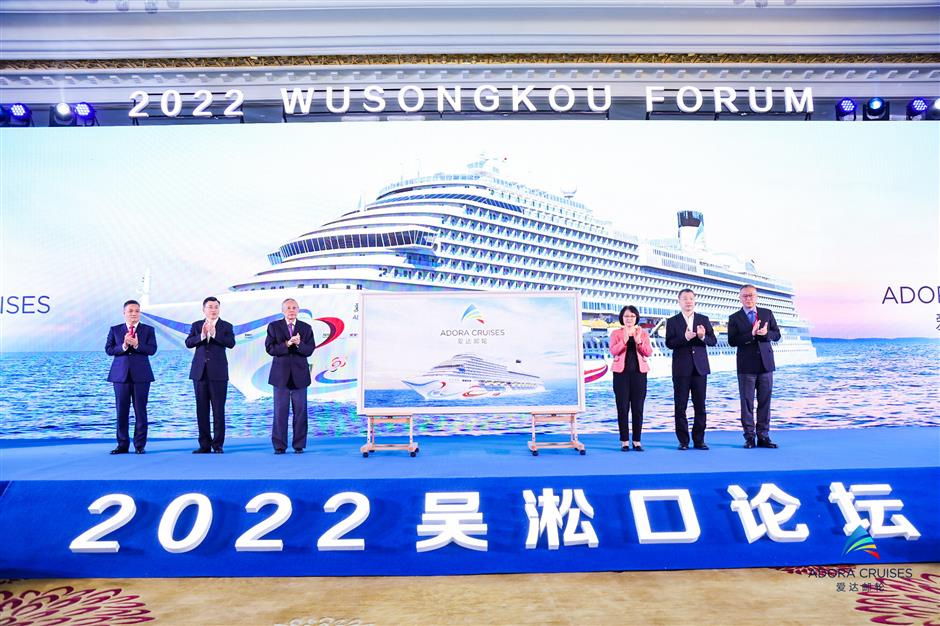 Officials unveil the brand of Chinese domestically-built cruise liners on the 2022 Wusongkou Forum on Friday.

China's first domestically developed cruise liner will be delivered by the end of 2023 under the new brand "Adora," which was unveiled in Shanghai on Friday.

The 135,500-ton first Adora Cruises ship will set off on its maiden voyage from its home port at the Wusongkou International Cruiser Liner Terminal in Shanghai's Baoshan District.

The ship, which is being built at the Waigaoqiao Shipbuilding Co in Shanghai, will feature Chinese culture, cuisines and performances.

A sailing route along the ancient Maritime Silk Road will be launched, the CSSC-Carnival Cruises announced at the annual Wusongkou Forum in Baoshan on Friday.

Reaching a height of 72.2 meters, the 16-story cruise ship will have a variety of entertainment and recreational facilities, including a dining room, performance and amusement centers and a shopping plaza. 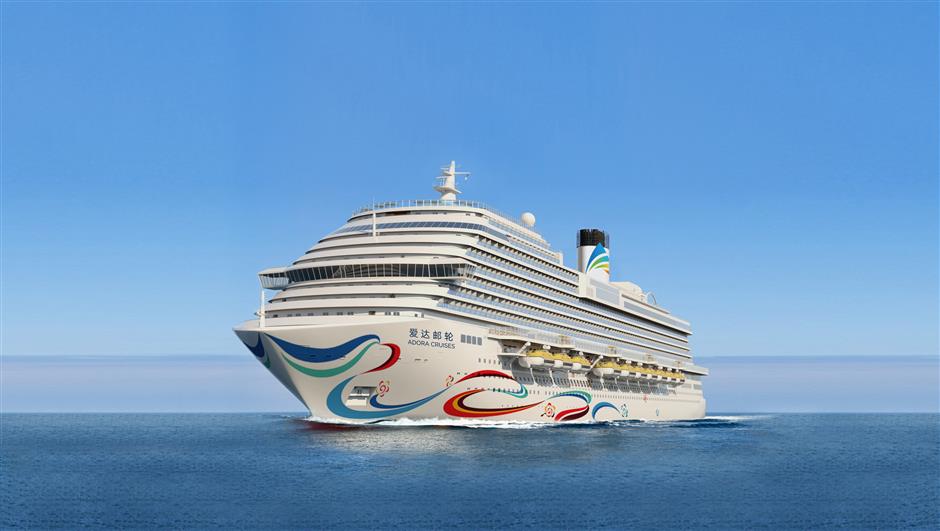 An artist's rendition of the first Adora Cruises ship

Construction has also started on the 142,000-ton second ship at the Waigaoqiao shipyard. A third ship, weighing 80,000 tons, received its "approval in principle" certificate an the forum on Friday.

They will compose Asia's biggest cruise liner fleet, with multiple home ports in eastern, southern and northern China, according to the CSSC-Carnival, a joint venture between the China State Shipbuilding Corp and the US-based Carnival Corp.

Despite the COVID-19 pandemic, 375 cruise liners across 85 brands had restored operations around the globe as of November 2022, accounting for 86 percent of the world's total number, according to a survey report released on the forum. 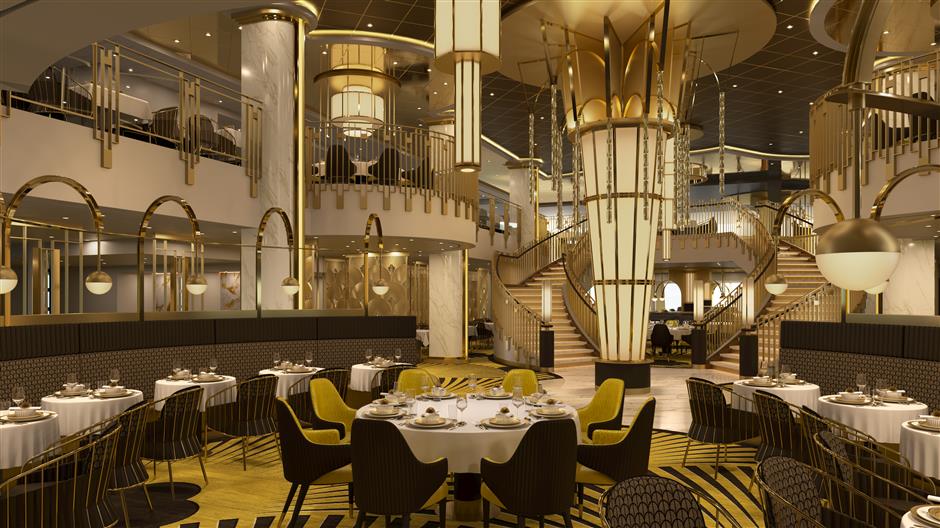