New tourists paths set up to honor Shanghai's revolutionary past 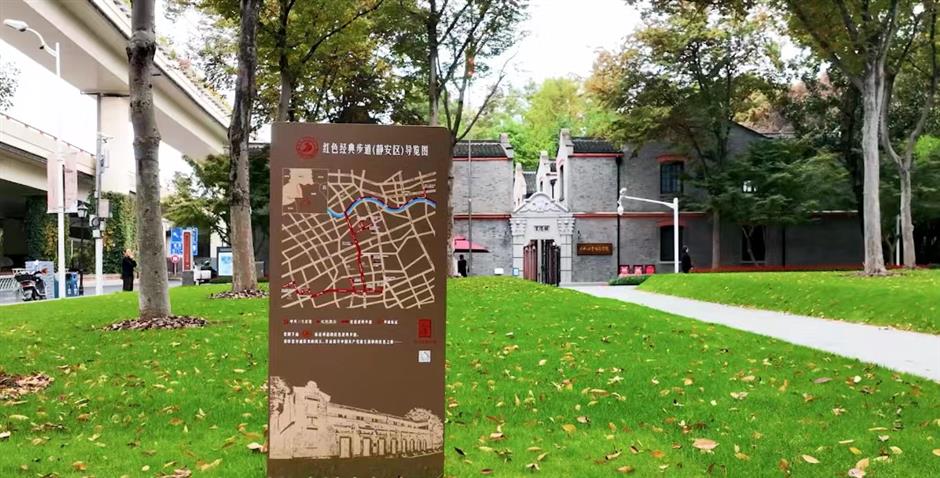 Walking routes to honor the "red" revolutionary history in Shanghai have been released to refresh the memory of the city's revolutionary footprints.

The "red" itineraries, all starting from the Memorial of the Second National Congress of the Communist Party of China, are divided into three routes that link 17 "red" sites in Jing'an, a downtown district which played a vital role in the early development of the CPC.

A sign showing the routes has been erected outside the Memorial of the CPC Second National Congress. Information is also available on the mini program "红色经典步道" which illustrates the addresses, gives a brief introduction, shows opening hours, and provides other details. 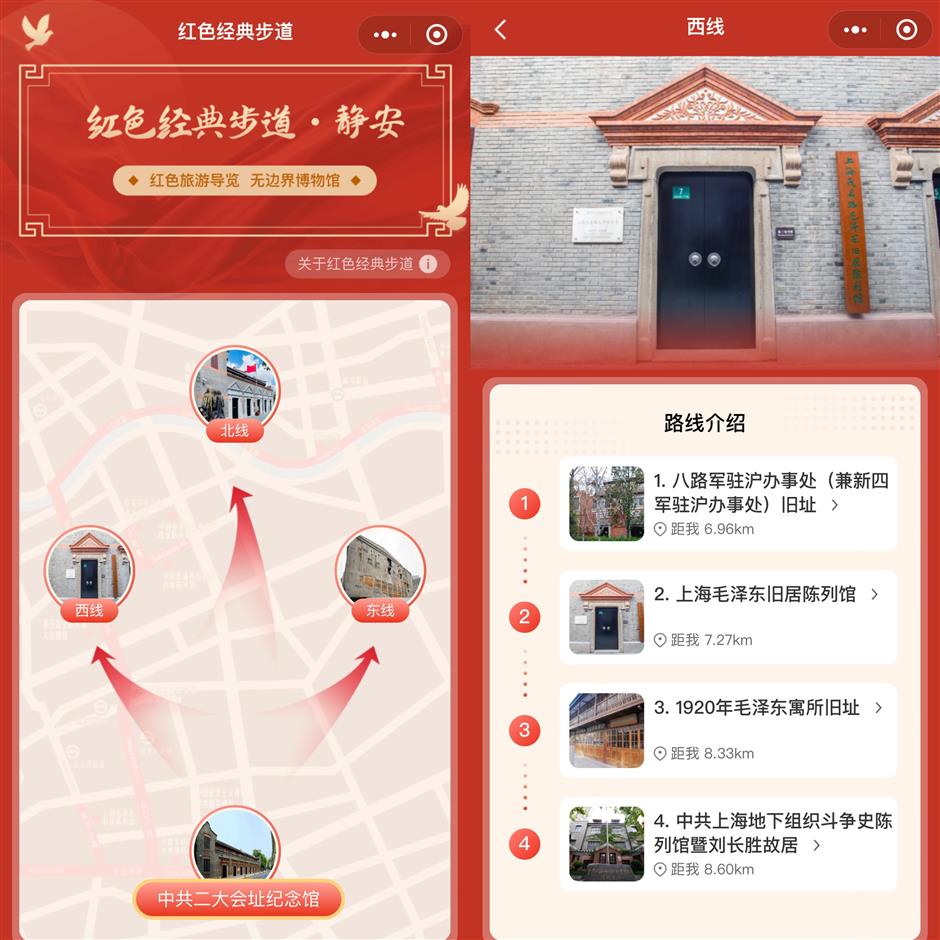 Details are available on the mini program.