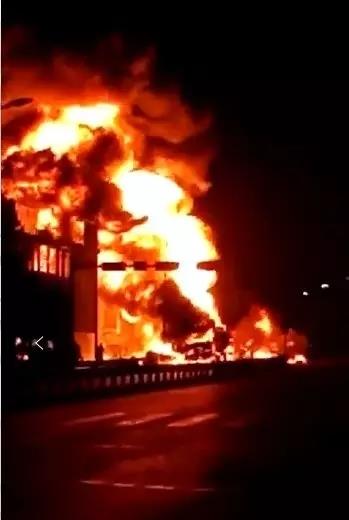 Eight people were killed and four injured after an oil tank truck collided with another truck and the fire spread to nearby houses in wee hours on Thursday in an east China county, People’s Daily reported.

The pile-up happened on a highway around 2am in Yingshang County in Anhui Province. The oil tank truck caught fire, which soon flared up and quickly spread to nearby houses.

Two people died at the traffic accident scene while six were killed in the house fire.