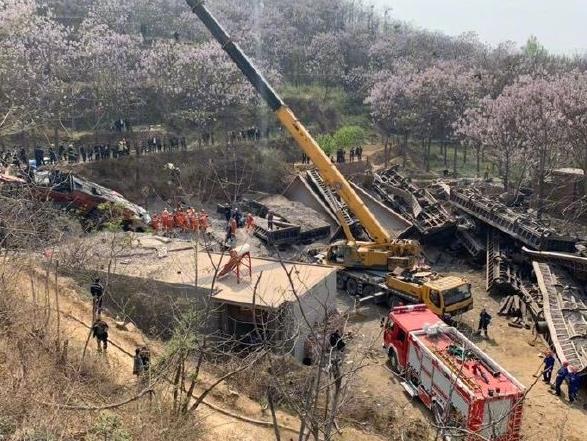 The train, owned by the logistics subsidiary of Aluminum Corporation of China, damaged a village house after it derailed and overturned around 10pm Wednesday, according to the publicity department of Gongyi.

At 12:30am Thursday, the first missing person was found. So far, four have been confirmed dead.

At the site, the locomotive and the first 13 carriages tangled after colliding together, piling up with aluminum ore.

The train, with 25 carriages, weighs 2,350 tonnes and each carriage has a capacity of 60 tonnes. It was running along a 22-km railway built in the 1950s for transporting aluminum ore.

All trains on the railway have been suspended.

The local government has sent 200 rescuers, two cranes and six ambulances to the site. Rescue work is underway.