Heavy rainfall has caused flood alerts in the middle and lower reaches of the Yangtz River over the past week, especially in the area around Poyang Lake, the country’s largest freshwater lake, in Jiangxi Province. 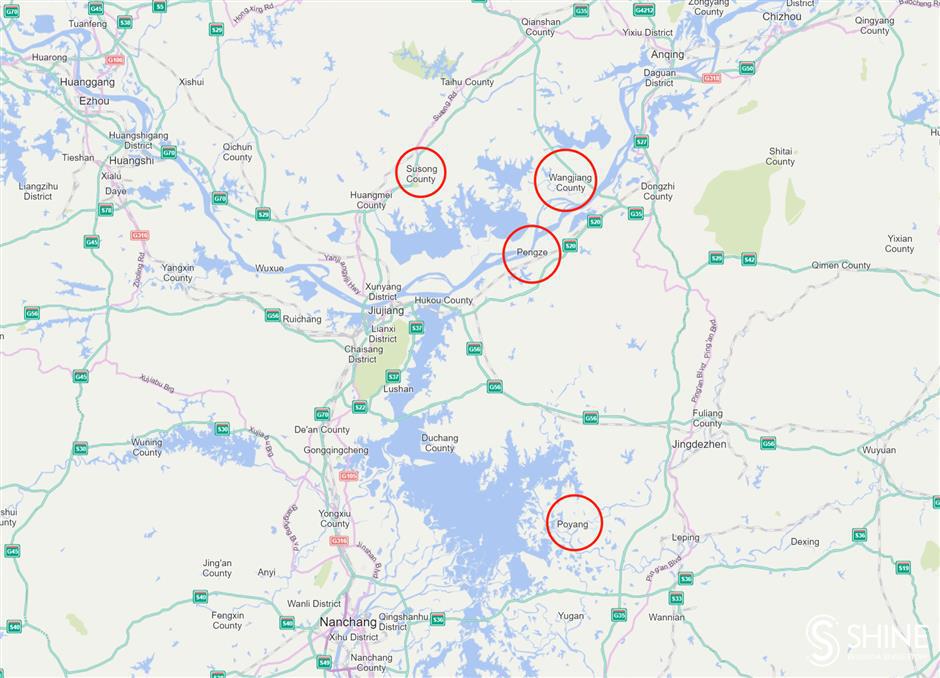 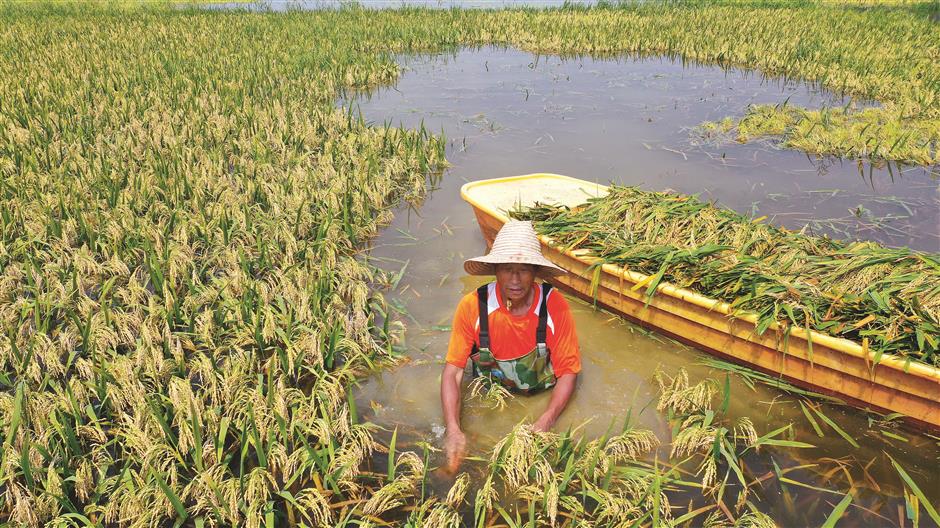 Guo Changbao, 58, tries to harvest rice in flooded fields in Poyang Town of Poyang County, Jiangxi Province, on July 15. Guo’s village remains flooded but he hopes the recent deluge of rain will subside so he can plant some late season rice. According to Xinhua news agency, 654,000 people were relocated and 583,900 hectares of crops were damaged across the province as of Tuesday. The direct economic loss stood at 11.76 billion yuan (US$1.7 billion). 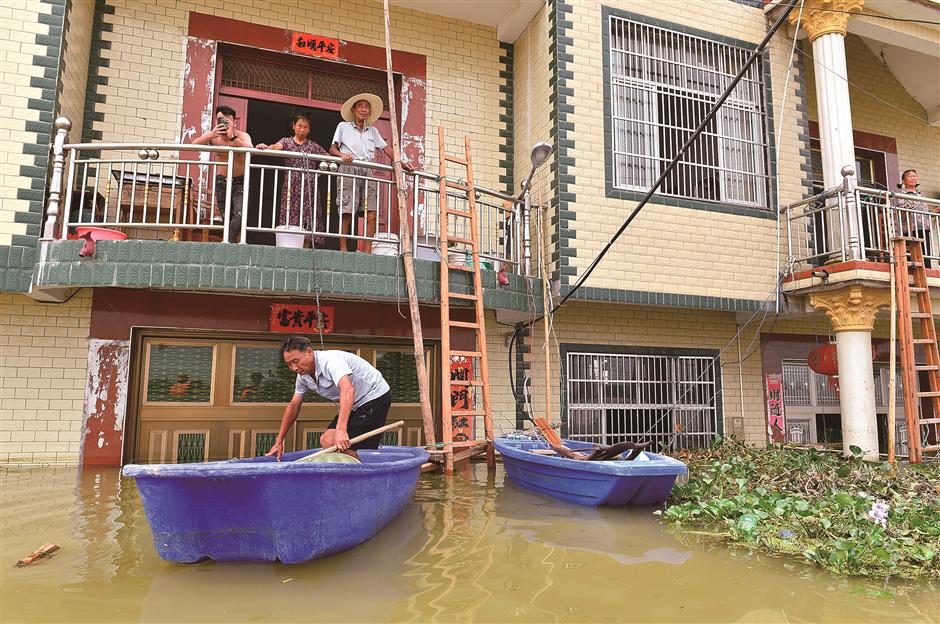 In Tongxing Village of Poyang County, a few residents remained home while the rest were evacuated on July 15. 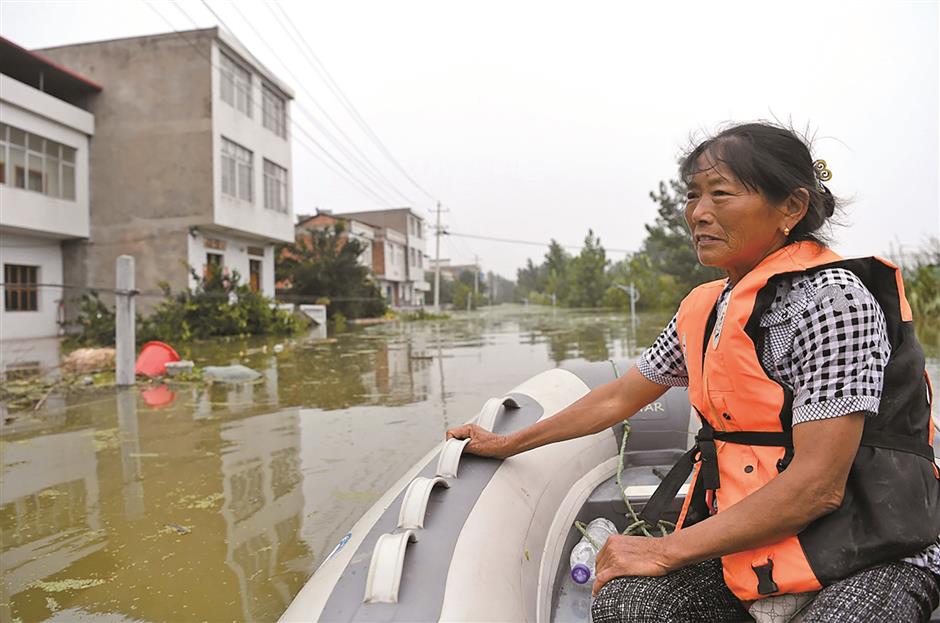 Huang Fumei of Sanzhou Village takes a boat to return to her house on July 15. All residents in Sanzhou and nearby villages in Susong County, Anhui Province, have been relocated. Many people left home in a hurry and had no time to bring valuables with them, so local government organized a temporary ferry service. 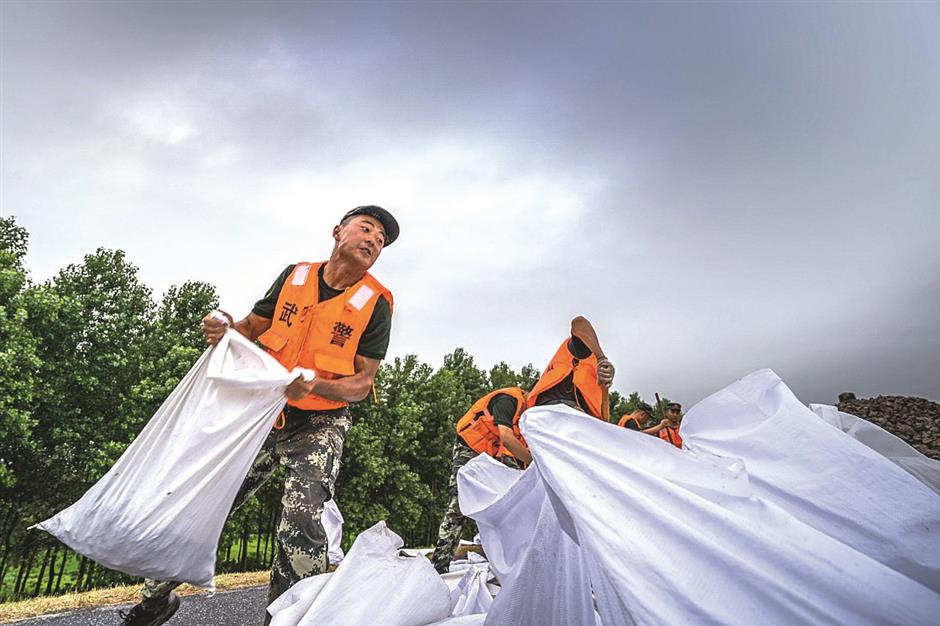 Above: Armed policemen use sand bags to reinforce embankments in Leichi Village of Wangjiang County, Anhui Province, on July 13. 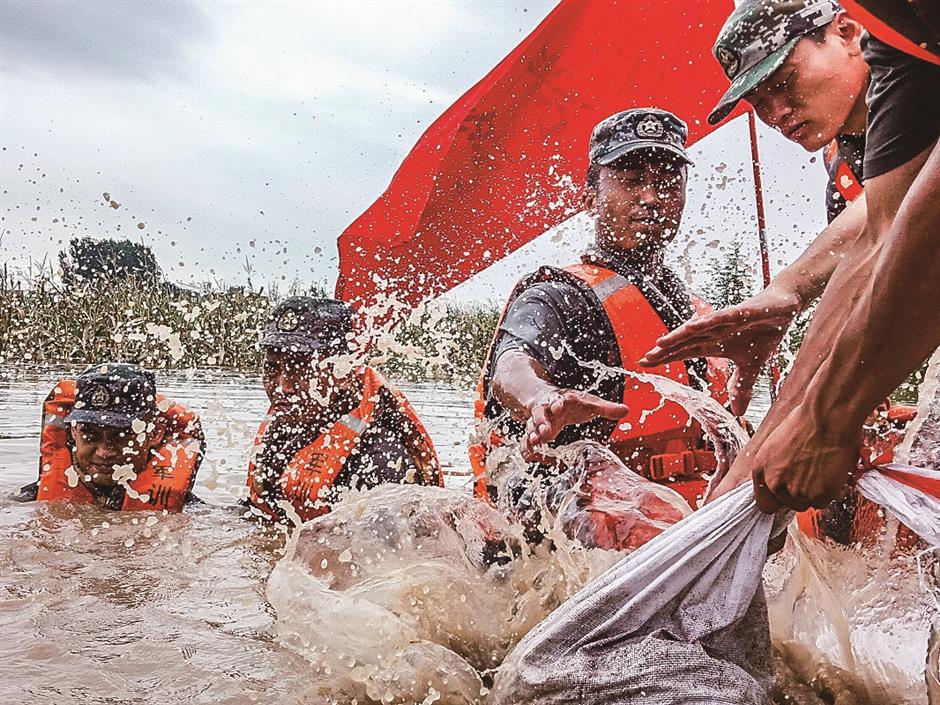 Soldiers reinforce embankments in Pengze County in Jiujiang, Jiangxi Province. More than 29,000 soldiers and armed policemen were deployed for flood control as of Tuesday.