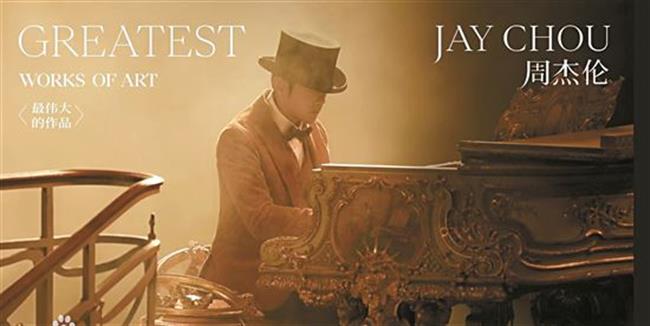 Chinese superstar Jay Chou's new album has received low ratings on the Net and his Instagram page was flooded with bad reviews even before it was officially released.

The album, "Greatest Work of Art," was due to be released on July 15. It contains 12 tracks, including a piano intro, six new songs, and five previously digitally released songs.

Although a common practice in releasing new albums in the music industry today, the previously released songs seem to have annoyed some netizens.

On Douban.com, a Chinese music review website, the album has already been rated only 5.3 out of 10.

The rating of the album was soon closed on Douban and the website apologized for allowing users to review an unreleased album.

Abusive comments also flooded Chou's Instagram page, claiming Chou had lost his genius, that the album is not of high quality and that it's insincere.

The album is the 43-year-old pop icon's first album in six years.

For over two decades, Chou has been considered the king of Asian pop and praised for the originality and diversity of his works.

A music video of the album went online last Wednesday and stormed the Internet.

On the twitter-like Weibo, the video was viewed more than 140 million times in one day. There are more than 1 billion views on multiple topics about the album.

Meanwhile, on the short-video app Kuaishou, the video is a record-breaking hit, with 150 million views within 8 hours.