In the apology letter, Miniso officials said they have ordered the Spanish agency operating the company's Instagram account to delete the post and are no longer partnering with the agency. 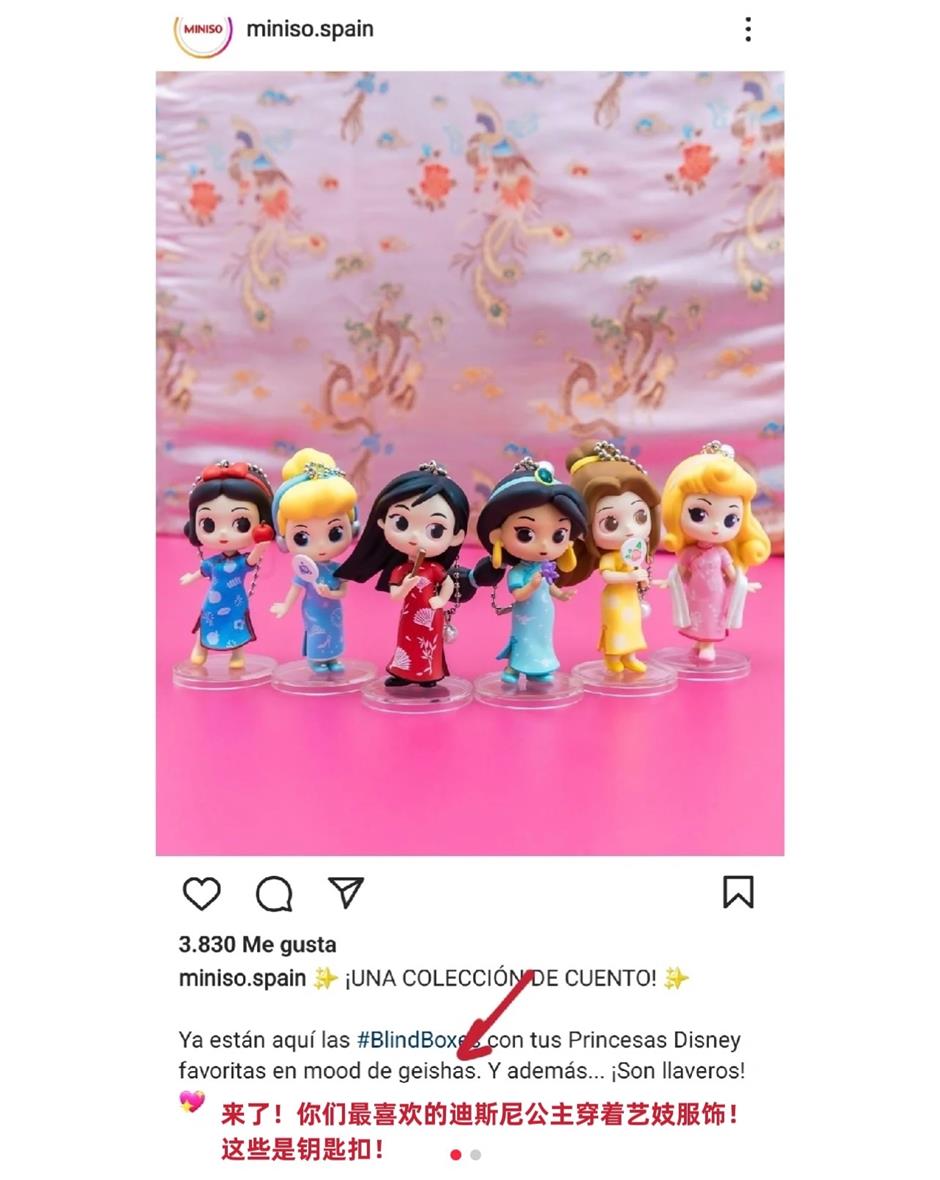 In the July 25 post, the launch of a keychain blind-box product featuring Disney princesses wearing qipao, or cheongsam, was announced. However, it mistakens qipao as a geisha costume in the caption.

In response to doubts raised by Instagram users, the official account refused to confirm or deny the mistake, replying only with emojis. 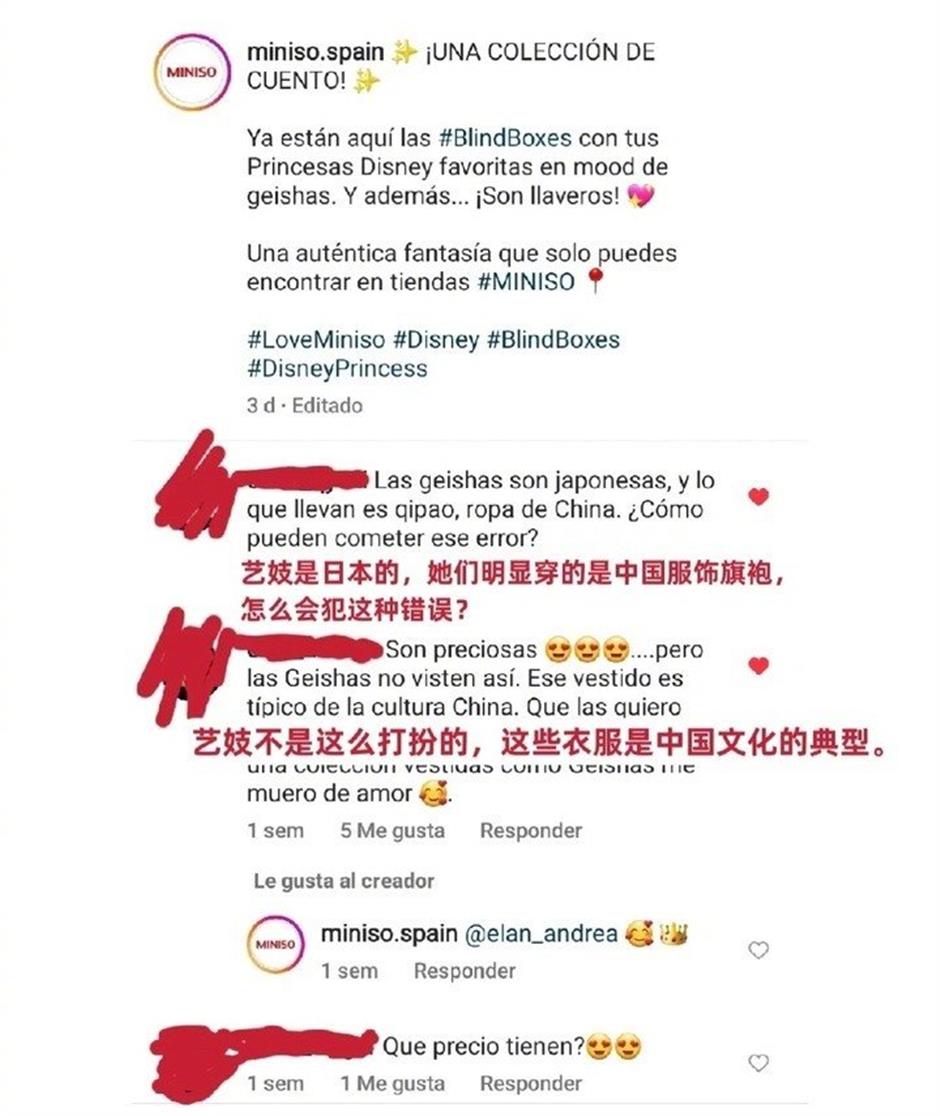 In response to netizens' doubts, the official account simply replies with emojis.

According to the brand's official website, Miniso, in pursuit of "extreme cost-effectiveness," currently has more than 5,000 stores in 100 countries or regions around the world.

Miniso's (NYSE: MNSO) share price shed 6 percent Tuesday, closing at US$6.27, and had fallen more than 7 percent by noon Wednesday at the Hong Kong stock exchange.