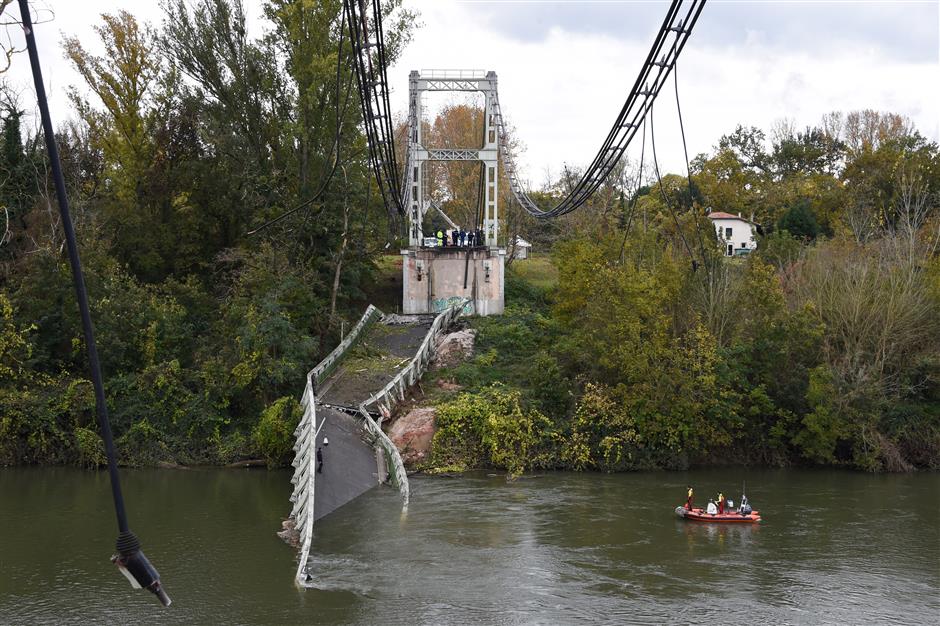 Rescuers sail near a suspension bridge which collapsed on Monday in Mirepoix-sur-Tarn, near Toulouse, southwest France.

A 15-year-old girl was killed after a suspension bridge over a river in the southwest France collapsed yesterday, causing a car, a truck and possibly a third vehicle to plunge into the water, local authorities said.

Four people were rescued but several others were feared missing after the collapse of the bridge between Mirepoix-sur-Tarn and Bessieres, 30 kilometers north of Toulouse, said fire service and local security chief Etienne Guyot.

Over 60 emergency service members, including divers, were taking part in the rescue operation, Guyot told reporters, adding there were “probably several missing.”

Among those feared missing were the truck driver and the driver of a potential third vehicle, Guyot said, adding that witnesses had reported seeing a van on the bridge. The dead girl was traveling by car across the bridge with her mother when it collapsed.

Her body was retrieved from the river, which is 100 meters wide and over 20 meters deep at the level of the bridge. The girl’s mother was pulled alive from the sunken car by bystanders, some of whom were badly injured in the rescue attempt.

Two rescue workers were also seriously hurt, according to the region’s security department.

An investigation into the cause of the accident was underway. 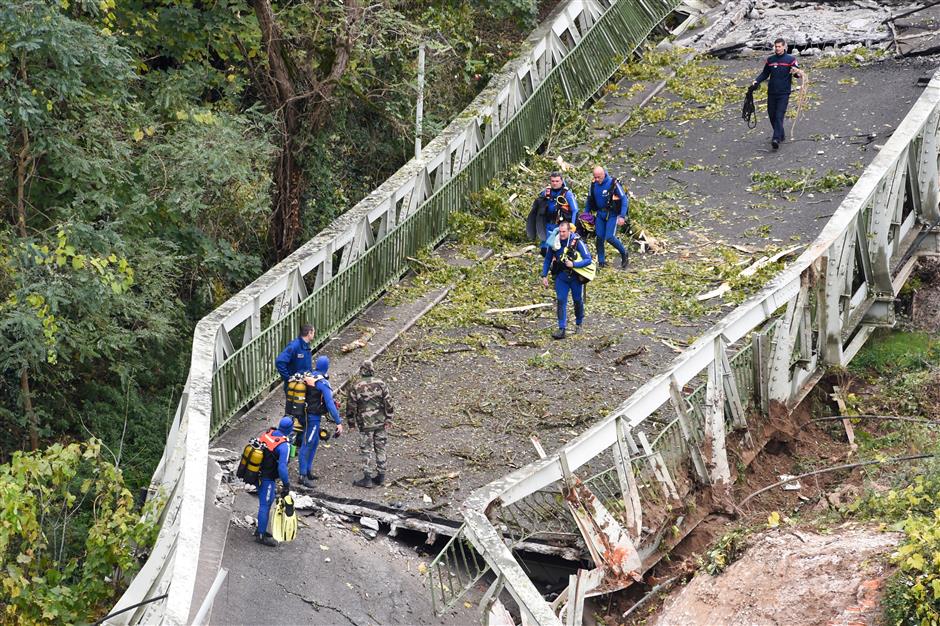 Rescuers walk on a suspension bridge which collapsed on Monday in Mirepoix-sur-Tarn, southwest France as they prepare to dive in the River Tarn.

The Haute-Garonne department council said the bridge had undergone a “thorough” inspection in 2017, which had shown “no structural problem.” Mirepoix-sur-Tarn mayor Eric Oget described it as a “very important crossing point” for people going to work in the regional capital Toulouse on the other side of the river.

The issue of bridge safety hit the spotlight in Europe after the collapse of a motorway bridge in the Italian city of Genoa in 2018, in which 43 people died.