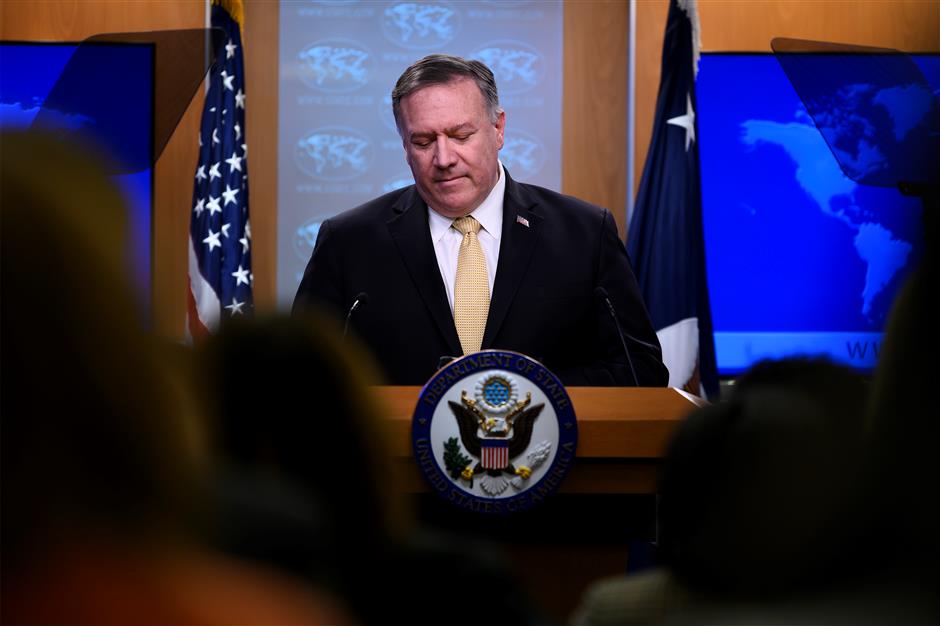 US Secretary of State Mike Pompeo makes a statement during a press conference at the US Department of State in Washington, DC, on November 18, 2019.

US Secretary of State Mike Pompeo announced on Monday that the US government will no longer consider Israel's West Bank settlements "inconsistent" with the international law, a move that may further dim the future of the Israeli-Palestinian peace talks.

Pompeo said in a press conference that the decision, which reversed the Obama administration's position on the issue, had been made based on the "reality on the ground."

"The conclusion that we will no longer recognize as per se inconsistent with international law is based on the unique facts, history, and circumstances prevented by the establishment of civilian settlements in the West Bank," he said, adding that the decision was made "after carefully studying all sides of the legal debate."

The US top diplomat also noted that this announcement should not be viewed as the US government "addressing or prejudging the ultimate status of the West Bank." "This is for the Israelis and the Palestinians to negotiate," he said.

Pompeo's remarks were seen as the latest act by the Trump administration to take sides with Israel, following its widely criticized recognition of Jerusalem as Israel's capital in 2017, the official relocation of the US embassy to Jerusalem in 2018, and US recognition of Israel's "sovereignty" over disputed Golan Heights this March.

This policy shift was also a political gift for Israeli Prime Minister Benjamin Netanyahu, who is fighting for political survival after being unable to form a coalition government following two elections this year and facing legal issues.

The last round of peace talks between the Israelis and Palestinians collapsed in 2014, mainly over Israel's continuing expansion of the settlements in the West Bank.

According to the latest Palestinian data, around 400,000 Israeli settlers live in 135 settlements and 100 illegal outposts in the West Bank, where the Palestinian population has reached 2.6 million.