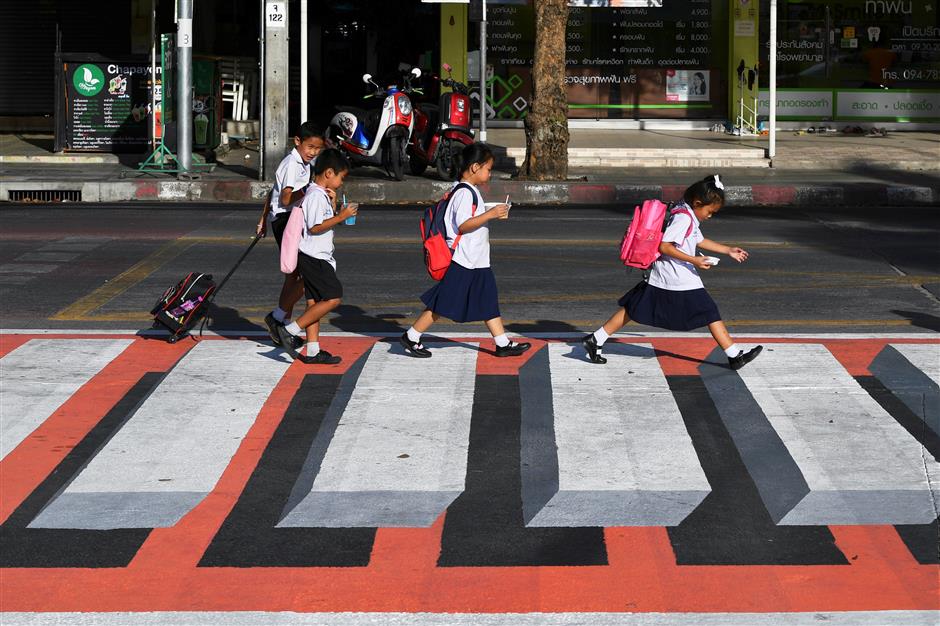 Children walk past a 3D pedestrain crossing in Bangkok, Thailand, on Thursday.

The Thai children walking on the zebra crossing look as if they are stepping from one white board, floating well above the road, to the next — but it is just an optical illusion, created by a volunteer group aimed at making roads safer for pedestrians.

Up close the trick of perspective is lost, but for any driver, who is approaching the crossing, the sight of people apparently walking on free floating white boards should make them slow to a stop.

The zebra crossing outside the main entrance to Wat Bueng Thong Lang school on the outskirts of Bangkok, was painted by students and volunteers, with funding from Thailand’s Government Savings Bank. During the past few months they have painted six near schools and temples, where there is always a heavy footfall, said Natthapong Jiravijit, the project manager.

Parent Uthit Sak-Udom, who drives his daughter to school each day, thinks it is a good idea.

“When I look at it, it looks like people are levitating above the road. It attracts my attention,” the 42-year-old dad said. “And I think the kids like to walk over it, as it makes them feel like they are walking on air.” 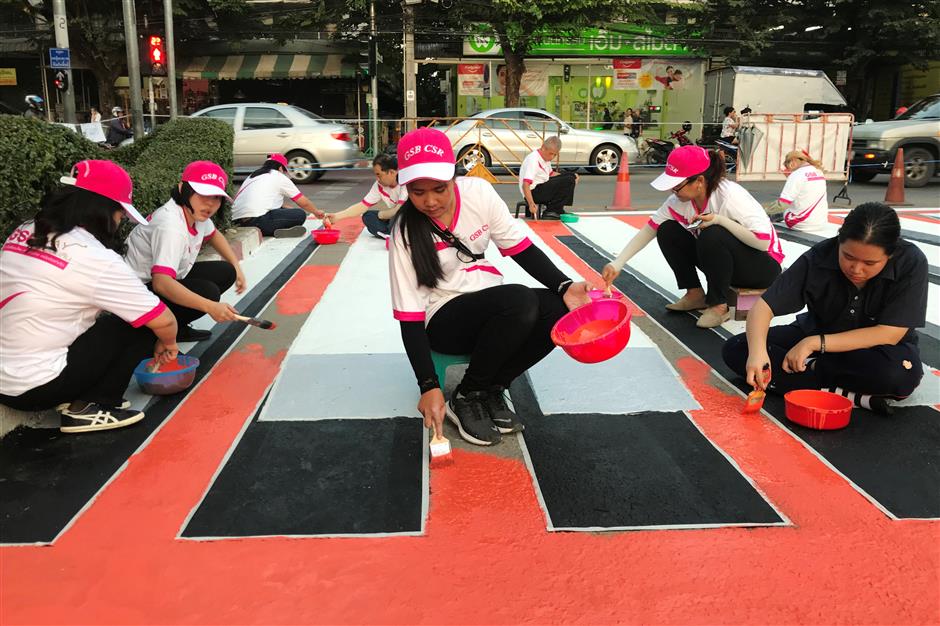 According to statistics from the past four years from the National Health Security Office, there were 10,672 accidents involving pedestrians in Thailand and over 900 people died.

A survey by Super Poll in 2016 reported about 90 percent of 1,204 people surveyed felt “unsafe” crossing a road, even when using a zebra crossing.

The group behind the novel approach has at least three projects to complete in the next six weeks before the venture will be reviewed by the government bank to assess whether to extend further support.