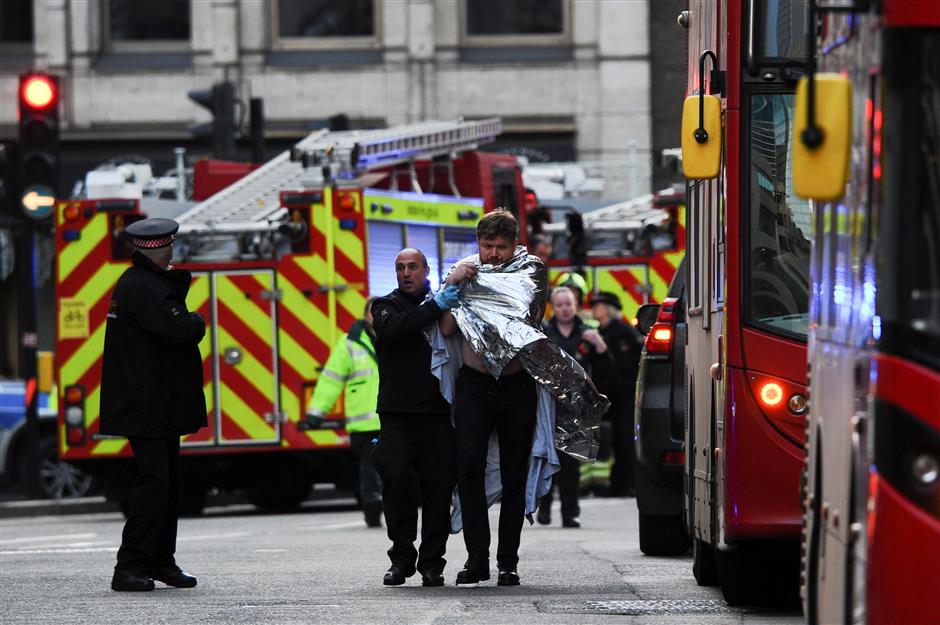 Police assist an injured man near London Bridge in London, on November 29, 2019 after reports of shots being fired on London Bridge.

One knife man was shot dead by police officers at London Bridge on Friday, and the attack was being treated as a terror incident, police said.

A number of people were stabbed by the man, said the police. London Bridge was closed off. Police also said the suspect was wearing a hoax explosive device.

Earlier reports said the man was detained after police officers were called to the scene at London Bridge around 14:00.

"As a precaution, we are currently responding to this incident as though it is terror-related," said the Metropolitan Police.

British armed police descended on the area amid reports of at least five or six gunshots.

Footage on social media showed the male suspect appeared to be shot by police as he lay on the ground and another man in a suit and jacket could be seen running from him.

Police have evacuated London Bridge station and the surrounding area. A cordon has also been set up at Borough Market, a wholesale and retail food market in Southwark, while evacuation from nearby shops and businesses continues.