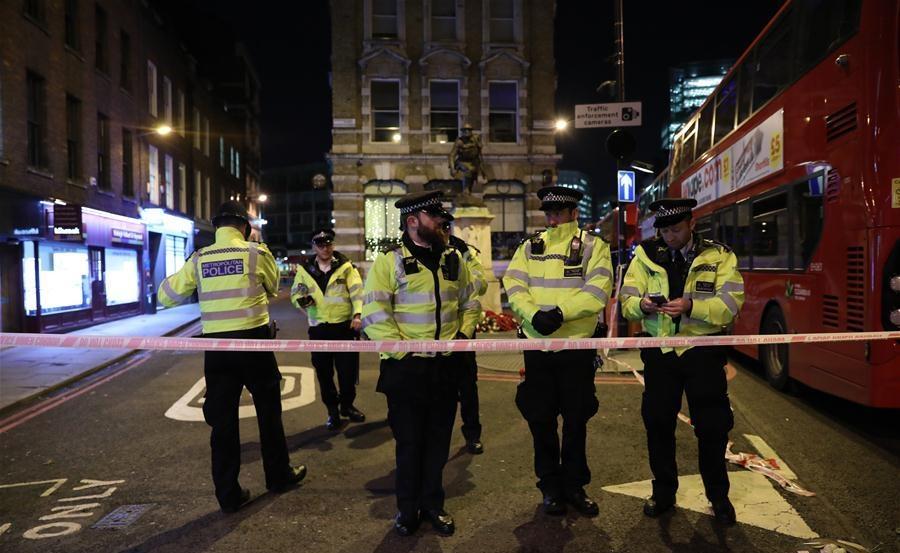 Police officers cordon off the scene in the south side of London Bridge following an attack in London, Britain, on Novembeer 29, 2019.

The suspect was known to the British police and is believed to have been wearing a tag, said the reports.

The Metropolitan Police Service declared a "terrorist incident" in the wake of the attack.

The man suspected of being behind a stabbing attack has been shot dead by police on London Bridge in the center of the British capital on Friday afternoon.

The MPS said the suspect is believed to have been wearing a "hoax explosive device."

Two members of the public have been killed and three others are in hospital after the suspect attacker went on a stabbing rampage.

British Prime Minister Boris Johnson said that there will be an "enhanced police presence on the streets" following the attack.

London Bridge was the scene of another attack on June 3, 2017, in which eight people were killed and many more injured.