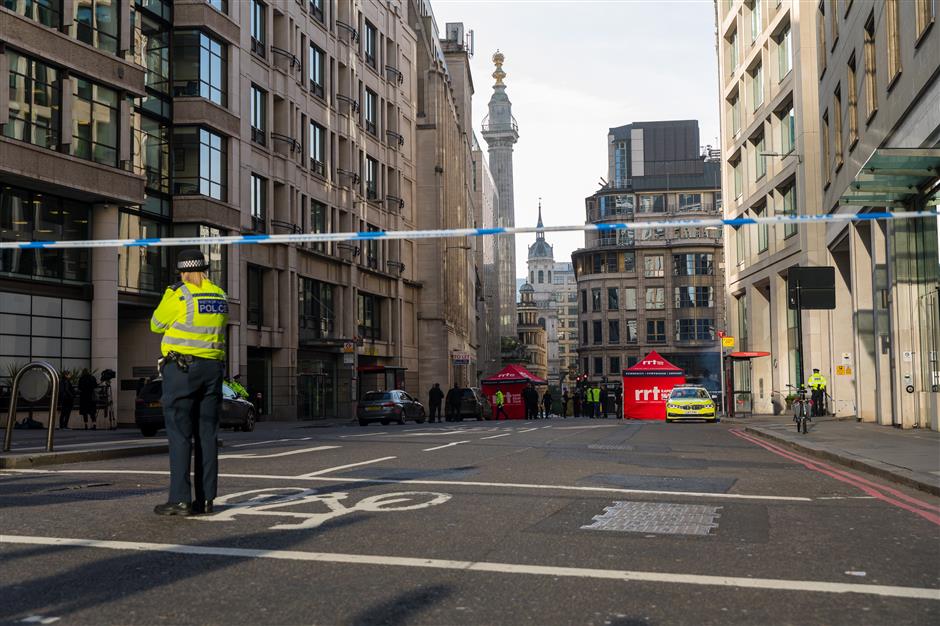 A police officer stands behind a cordon near the crime scene at London Bridge in London, Britain, on Saturday.

Members of the public were hailed as heroes for preventing even greater loss of life by tackling Usman Khan — one armed with a 1.5-meter narwhal whale tusk and another with a fire extinguisher — before police shot him dead.

Video footage of the confrontation showed Khan, 28, being challenged by a man, reportedly a Polish chef, wielding the tusk — believed to have been grabbed from the historic hall where the stabbings began — as another person sprayed him with the extinguisher.

Khan had been conditionally released from jail last December after serving less than half of a 16-year prison sentence for terrorism and was wearing a fake explosive device. 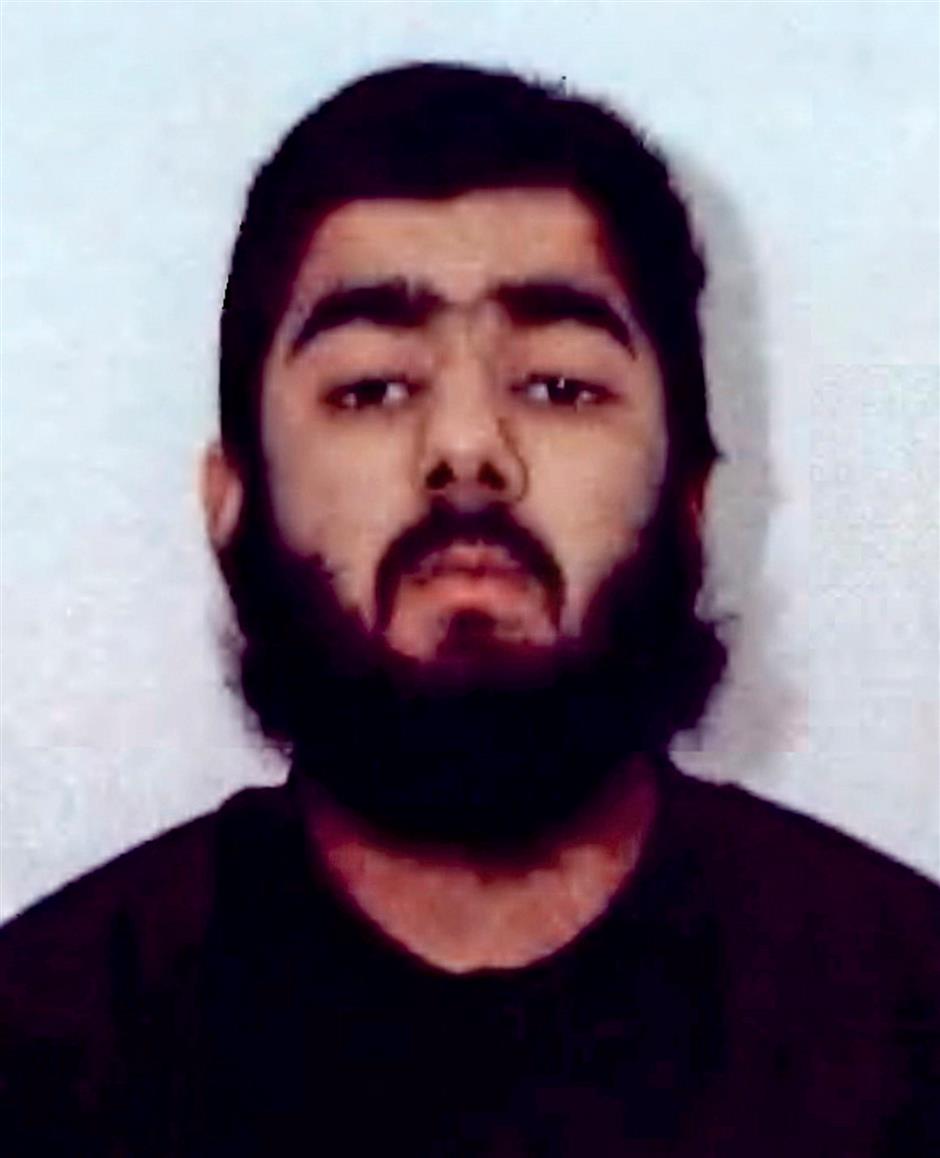 Usman Khan, the terrorist released early from prison stabbed two people to death and wounded three in a London Bridge attack in Britain on Friday.

On Saturday, the Islamic State group released a statement claiming responsibility for the attack.

“The person who carried out the London attack ... was a fighter from the Islamic State and did so in response to calls to target citizens of coalition countries,” IS said, referring to a multi-country alliance against the group.

The incident comes two years after Islamist extremists in a van ploughed into pedestrians on London Bridge before attacking people at random with knives in nearby Borough Market.

On that occasion, eight people were killed and 48 wounded before the three attackers, who were wearing fake suicide devices, were shot dead by police.

Metropolitan Police Assistant Commissioner Neil Basu said five people had been stabbed inside Fishmonger’s Hall by London Bridge before members of the public pursued the attacker.

The three survivors remain in hospital.

Basu added that Khan had been released under “an extensive list of licence conditions” with which he had previously been complying.

The latest attack came less than two weeks before Britain’s general election and thrust the issue of terrorism into the heart of the campaign.

Johnson pledged to introduce minimum 14-year sentences for serious terrorist offences, while some convicted might never be released, and to scrap early release if he wins a majority.

“It’s absolutely clear that we can carry on with the failed approaches of the past,” said Johnson. He also spoke to US President Donald Trump on Saturday, who expressed his condolences.

But Labor leader Jeremy Corbyn appeared to raise doubts about the Tories’ handling of the wider justice system.

“We need to investigate fully the way all aspects of the criminal justice system operate,” he said.