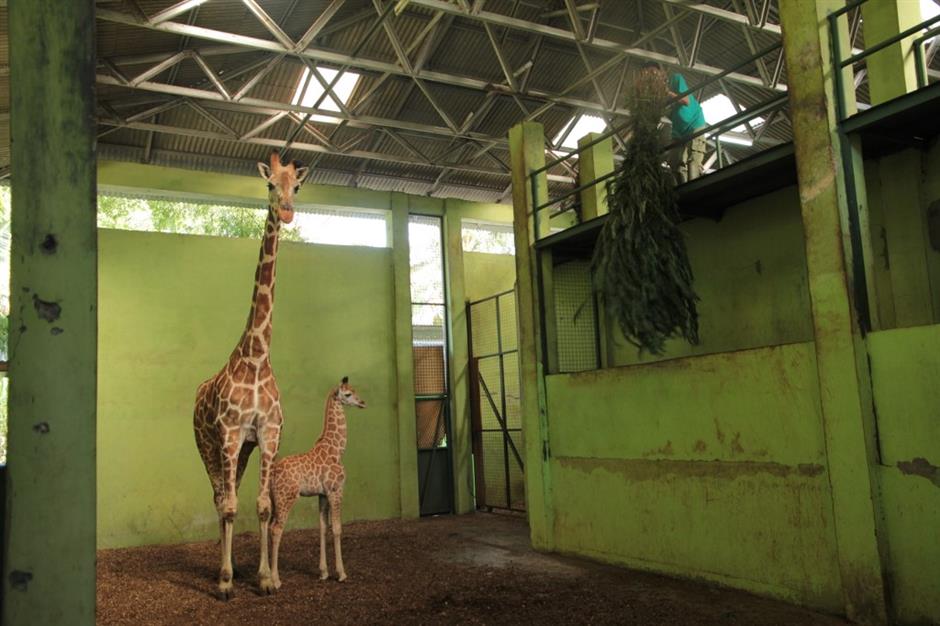 A Bali zoo has named a baby giraffe Corona in honour of her birth during the global pandemic.

The calf was born on April 9 to mother Sophie and father Matadi, joining two other siblings at Bali Safari Park on the Indonesian holiday island.

A video released by the zoo showed the calf being born in a small enclosure.

"She was born during the COVID-19 pandemic so the environment minister... named her Corona," said zoo spokesman Anak Agung Ngurah Alit Sujana.

"Corona is healthy and is still breastfeeding. We'll keep her under observation for three months."

Bali Safari Park has been closed to visitors since late March as part of efforts to stem the spread of coronavirus infections.