The record-smashing heatwave is mercifully over

This week marked the merciful end of a weeks-long heatwave that struck China during this year's summer season. Temperatures soared well above 40 degrees Celsius over large swathes of the country's central regions, and the mercury rose above 40 on multiple occasions here in Shanghai as well, setting high marks over the previous several decades.

The China Meteorological Association declared it the most severe heatwave to hit the country on record. Maximiliano Herrera, a climatologist, posited in New Scientist magazine that China's temperature spike was the most intense heatwave in the history of the world in terms of the combination of its length, intensity and the large area over which the heatwave endured.

Hearing that tidbit puts the difficulty we endured from the heat this summer into a bit of perspective. I can't say I truly believed at the time that the temperature surge was the most severe that the world had ever experienced, but I also can't say I was shocked upon reading so. 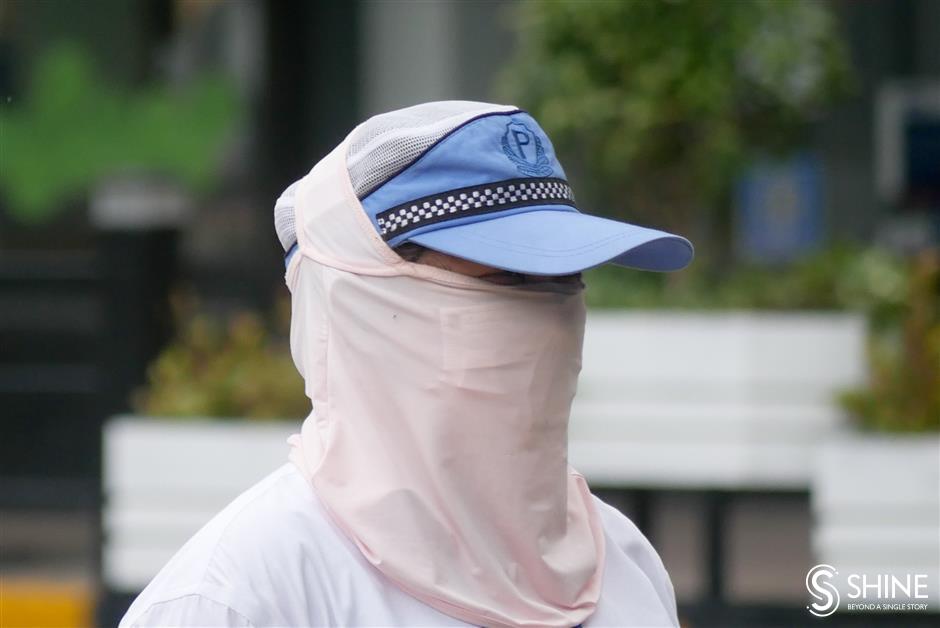 A woman is equipped with summer gear to protect herself from the strong sunlight in Shanghai. 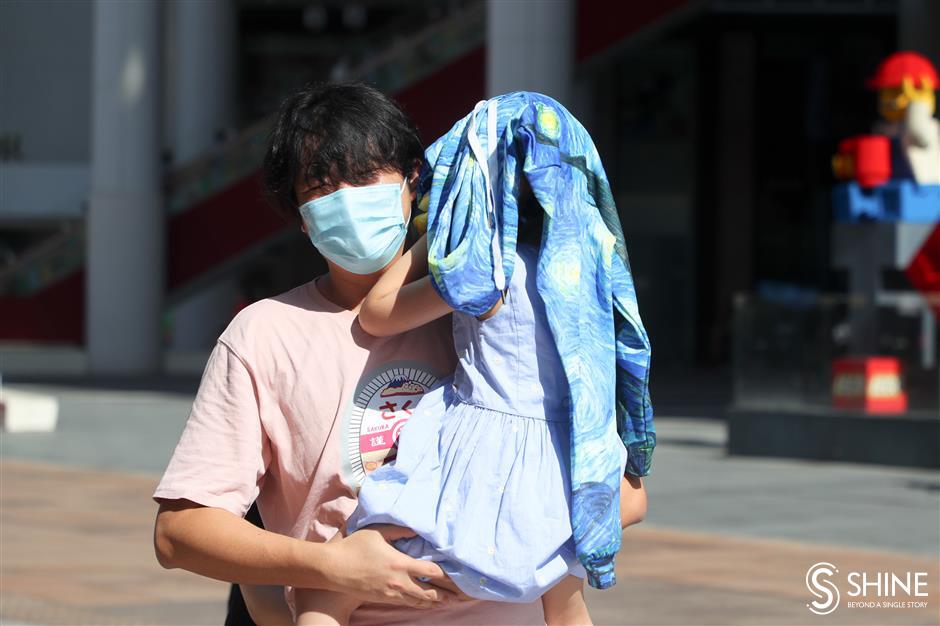 Summers here in Shanghai are hot, yes, but what we experienced this summer, with lengthy stretches of consecutive days with red-level heat warnings and breezes that felt like standing in front of a hair dryer, was something else entirely.

I felt an extra layer of sympathy for those who, unlike me, have jobs that dictate their attire. For police officers in full uniform (and sometimes gloves as well), businessmen in the city's financial districts in suit coats and slacks, or those required to wear protective gear for pandemic prevention purposes, this summer provided no respite from its fury.

Cities across the country felt the impact, with reports of roads buckling and roofs warping in Jiangxi Province and the city of Chongqing. These areas further inland from Shanghai saw temperatures approach 45 degrees. Several forest fires sprung up in these regions as well.

Of course, heatwaves also occurred in several regions of the world over the past two months, including South Asia, Europe and North America, breaking world records for high temperatures and droughts in their wake. Rivers and lakes lowered and shrunk to shocking extents as captured in photographs and satellite images.

Temperatures here in Shanghai registered highs of up to 40.9 degrees Celsius officially, but many residents saw the weather applications on their phones display much higher figures. My own phone showed a temperature of 46 degrees on August 5, and on that same day, screenshots from others' phones posted online showed numbers up to as absurdly high as 51. 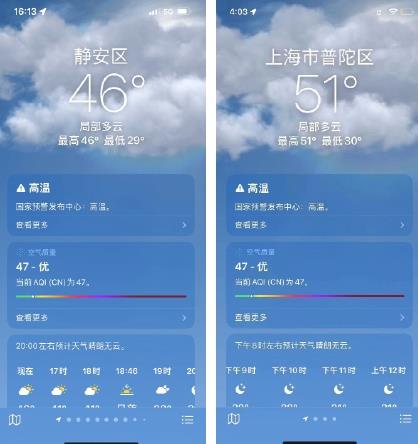 The author's phone shows a temperature of 46 degrees (left) on August 5, while a screenshot from his friend's phone posted online shows numbers up to as absurdly high as 51.

It's likely that there may have been a faulty sensor or another erroneous measurement or display that caused numbers to soar up that high, but in any case, the heat index ― the "feels like" temperature ― did reach the 50s on multiple occasions this summer in the city.

It seems, at this point, that the specter of climate change is rearing its ugly head with increased frequency and ruthlessness. Droughts lead to shortages of water, but prolonged rains can lead to flooding in the same areas at other points in time. These irregularities combined with melting sea ice leading to gradually but continuously rising sea levels as well as increasingly common tropical storm systems forming over the ocean are cause for immediate and continued action from the global community.

Now that it's over, though, I suggest we spend what's left of the summer getting outside and getting that exercise and outdoor fun that became unbearable, even dangerous, during this summer's intense spike in temperature. Per the traditional Chinese calendar, the Beginning of Autumn, or liqiu, actually already happened, falling on August 7. The Autumnal Equinox, or qiufen, however, won't arrive until September 22, so by that metric, we've still got three weeks of summer left.

Have a riverside jog, spend a day at the pool, or have a stroll through the park. Let's enjoy the more temperate weather and hope the summer of 2023 shows us a bit more sympathy.

﻿
Special Reports
﻿
62926
,
The record-smashing heatwave is mercifully over
Chinese spikers in masks kick up a storm
The in-between cuisine: Western-style Chinese food
Don't bother. These wild guesses about foreign brands are simply rumors
Climate change heat is on, time to act now
What's in a name? It's just a matter of personal choice
America's hypocrisy over Taiwan reflects its longstanding playbook
The knife dilemma: Do we really need all those kitchen gadgets?
Embrace the cryptoart but beware of the bubbles
The services sector should be prioritized for job creation
EXPLORE SHINE