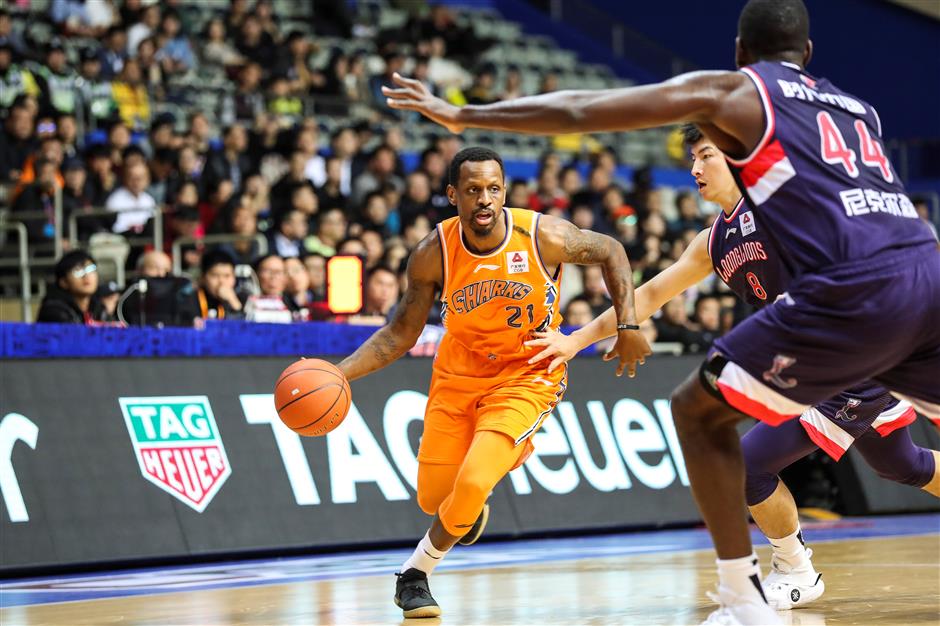 The Zhejiang Lions bagged their fifth straight win after smashing the Shandong Heroes 101-78 while the Shanghai Sharks eased past the Guangzhou Loong Lions 107-95 in the Chinese Basketball Association league on Thursday.

The Lions led by at least 20 points for most of the third quarter after taking a 51-37 lead at the break. Zhejiang expanded the margin to 30 points into the fourth quarter. Shandong used a 11-2 run to cut the deficit but the Lions still easily maintained their advantage to the end.

Kenneth Faried led the Lions with 22 points and 9 rebounds, while Aaron Jackson scored 17 points and dished out 11 assists, and Liu Zheng added 13 points. James Mays scored a team-high 18 points, while Jia Cheng and Tao Hanlin contributed 14 points each for Shandong.

In Shanghai, veteran Luo Xudong contributed 21 points to lead the Sharks past the Loong Lions.

"We had a low shooting percentage. Shanghai has some great players. We need to be faster and better," said Guangzhou coach Juan Antonio Orenga.

In Nanjing, Joseph Young notched 31 points, 6 rebounds and 8 assists, shooting 11 for 18 as the Nanjing Monkey Kings defeated the Shenzhen Aviators 101-92. Shenzhen's Dwight Buycks scored a game-high 39 points but could not save his team from defeat.

Nanjing made a fast start as Young scored 11 consecutive points to help his team lead 36-17 at the end of the first quarter.

Led by Buycks, Shenzhen rallied hard in the second half by attacking the paint. But Nanjing managed to keep it at bay, controlling the game by continuing to pour on the pressure with jump shots.

Elsewhere, Marcus Edward Denmon scored a career-high 54 points to help the Zhejiang Golden Bulls to a 123-118 victory over the Qingdao Eagles.

After Dakari Johnson missed both free throws for Qingdao, center Zhang Dayu scored a basket for the Bulls to make it 117-116 with only 16.7 seconds remaining, the slightest margin which the hosts kept until the final whistle.

Guard Wu Qian added 21 points and 6 assists and Zhang Dayu finished with 17 points for the Bulls, while Darius Adams scored a team-high 37 points and Johnson contributed 26 points and a game-high 21 rebounds for Qingdao.

In the other game of the night, the Beijing Ducks overwhelmed the Bayi Rockets 105-83.