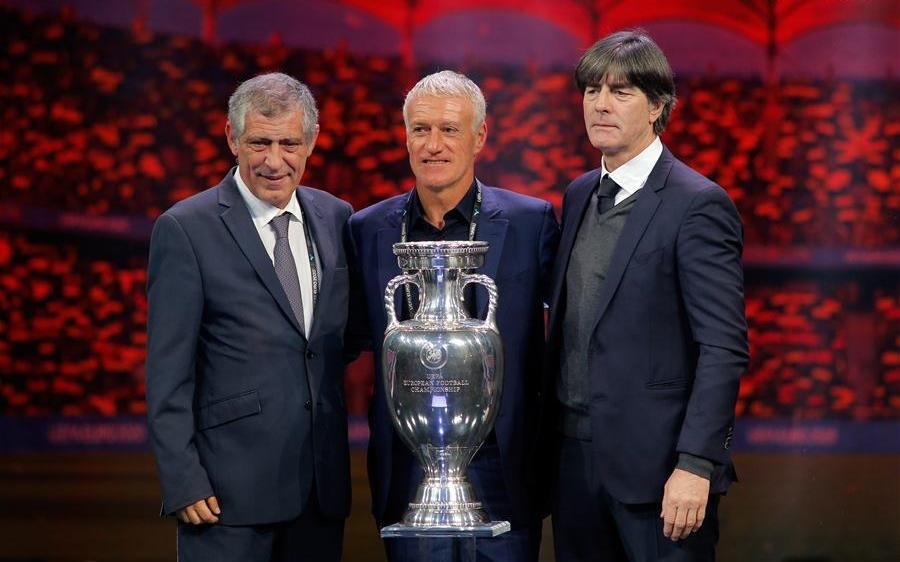 (L-R) Head coach of Portugal Fernando Santos, head coach of France Dider Deschamp and head coach of Germany Joachim Loew pose with the trophy during the draw of the UEFA Euro 2020 soccer tournament finals in Bucharest, capital of Romania on November 30, 2019.

England have been drawn against Croatia and the Czech Republic in Group D. Wales are alongside Italy, Switzerland and Turkey in Group A.

The tournament's opening game will see Italy host Turkey in Rome on June 12. The tournament, which will take place in 12 cities across Europe, will be hosted across the continent for the first time to mark the 60th anniversary of the tournament.

Following are the groups draw results: