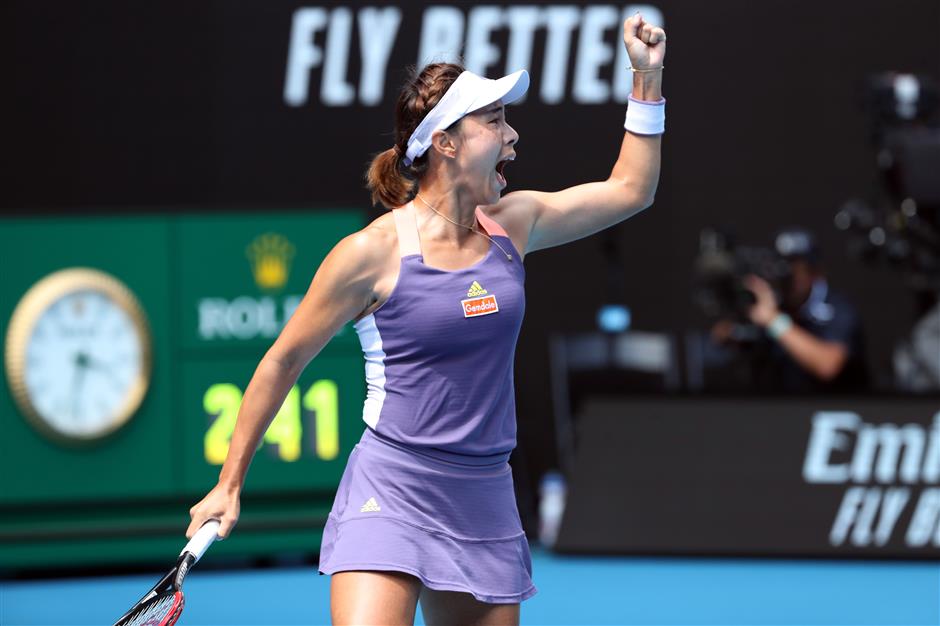 China's Wang Qiang celebrates after victory against Serena Williams of the US during their women's singles match on day five of the Australian Open tennis tournament in Melbourne on January 24.

China's Wang Qiang has done the unthinkable, beating tennis legend Serena Williams, 6-4, 6-7 (2), 7-5, in round three of the Australian open on Friday.

In what was supposed to be an easy win for the former world No. 1 and 23 Grand Slam title holder, Wang proved how far she has come since the pair last met.

In the quarterfinals of last year's US Open, Williams demolished Wang, 6-1, 6-0, but this time the story would be very different.

"I think my team always believed that I can do it. After last time I did really hard work on and off the court so I think it's really good work," Wang said in a post-match interview.

"During the second set I was a little bit confused because I lost, but I had to be calm ... focus on every point and trust myself."

Despite being ruled out by most observers, Wang showed early on that she meant business, moving Williams around the court and withstanding the champion's devastating returns.

After fending off multiple attacks on her own serve, Wang claimed the first break, allowing her to take the first set, along with the attention of her doubters.

Wang broke again in the second set leaving her one game up and serving for the match. With the win tantalising close, however, the champion emerged, breaking Wang in an intense rally to keep herself in the tournament.

Eyeing an historic victory, Wang entered the second set tiebreak with everything to gain. Unfortunately the Chinese player was unable to close, and the match went to a deciding third set.

Despite opportunities to edge ahead Wang and Williams went game for game, and although it appeared they were headed for another tiebreak, during the final game, Wang struck.

Wang broke Williams' powerful serve to claim the biggest upset of the tournament so far, and likely the biggest win of the Chinese No. 1 tennis player's now far more stunning career.