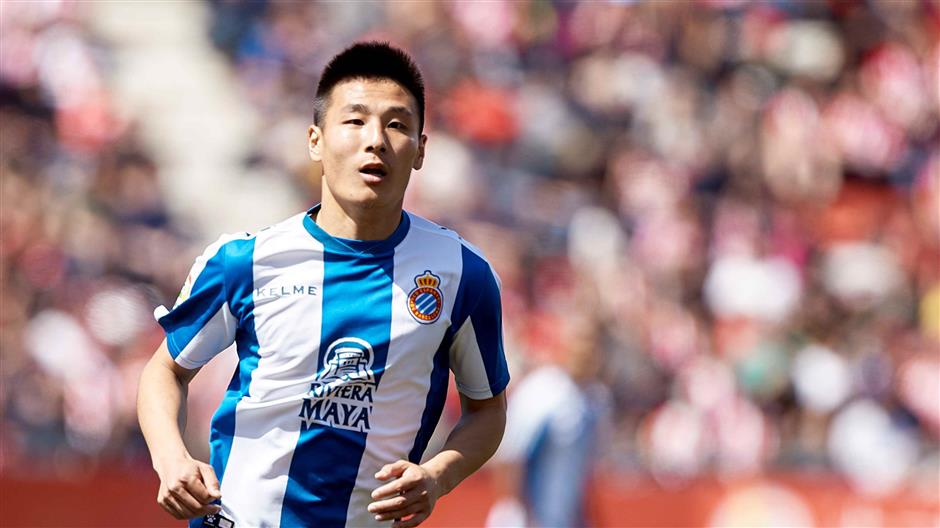 Espanyol striker Wu Lei is now in quarantine after testing positive for COVID-19 in Barcelona on Saturday.

China's star striker Wu Lei has assured his mentor Xu Genbao that he will recover from the novel coronavirus infection soon, a Shanghai newspaper reported on Sunday.

Wu, who tested positive for COVID-19 on Saturday, told his former youth coach in a telephone call that he was recovering well in quarantine, the Xinmin Evening News reported.

"I was very concerned about his health after hearing about his infection, but Wu told me not to worry as it was not a big problem for him," Xu was quoted as saying.

"I hope he can overcome the virus and regain his health, as Chinese football is counting on him at the moment," added Xu, who was head coach of China's national team between 1992 and 1993.

Wu, who has been hailed as one of Xu's most distinguished proteges, joined Xu's academy in Shanghai in 2003, one year after it opened its doors.

"His father asked one of my former players to recommend him. Then we were asked to scout him at a match," Xu said.

Then 11 years old, Wu impressed to such an extent that one of Xu's coaching staff likened him to (Argentina striker) Lionel Messi, Xu said of his first encounter with the striker.

"I could sense his explosive power, his speed and his footballing intelligence. What impressed me most was his positional awareness," Xu noted.

Wu, 28, joined Espanyol from Shanghai SIPG in January 2019 after finishing the 2018 Chinese Super League season as top scorer with 27 goals.

The 32-year-old midfielder, who recently returned to his CSL team Shandong Luneng, wrote on Twitter: "Thanks to the fans, medical staff and the club for their care and attention.

"I will follow the treatment and hope to return to the game as soon as possible. Please everyone stay safe," he added, posting a picture of himself smiling and giving a thumbs-up.

Shandong said Fellaini had a normal temperature and was feeling fine, but "is under observation and having treatment at a designated medical facility."

"The club will do its best... to help in the treatment and recovery of the player."

Former Real Madrid President Lorenzo Sanz, who was hospitalized with the novel coronavirus, died on Saturday at the age of 76.

But Fellaini is the first confirmed case in the CSL, dealing a blow to the league's hopes of starting the season as early as next month. 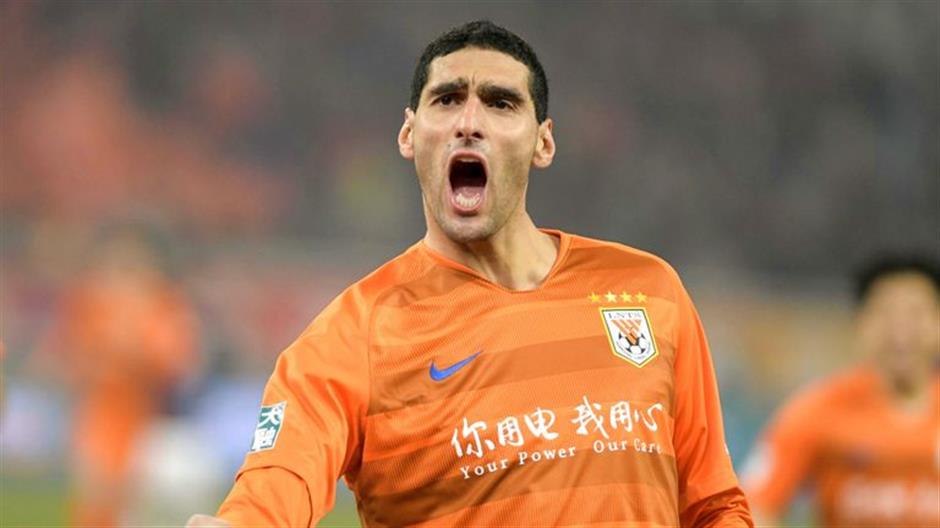 Shandong Luneng midfielder Marouane Fellaini on Sunday confirmed that he had tested positive for COVID-19.

The campaign was supposed to begin last month but has been indefinitely postponed by the outbreak.

Fellaini, also formerly with Everton, joined Shandong from United in February last year for a reported 7.2 million euros (US$7.71 million).

Chinese officials, concerned about a second wave of virus infections from abroad, will be taking a close look at Fellaini's recent travel history to see who he had contact with.

Having flown from Singapore to Shanghai, he reportedly took a high-speed train from Shanghai early on Friday to Jinan, the city home to Luneng.

He was taken by car to a quarantine area and tested for the virus on Saturday, Chinese media said.

On Saturday, Argentine striker Dybala said that he has become the third Juventus player to test positive while former AC Milan defender Paolo Maldini revealed that he and his son have also been infected.

"Hi everyone. I just wanted to let you know that we have received the COVID-19 test results and that Oriana (Sabatini, his girlfriend) and I are positive," the 26-year-old Dybala tweeted. "Fortunately, we are perfectly fine. Thank you for your messages."

Italian champion Juventus said that Dybala had been self-isolating since Wednesday.

"He will continue to be monitored. He is well and is asymptomatic," said the club in a statement.

Later in the day, Milan said Maldini, now the technical director at the Serie A club, and his 18-year-old son Daniel, a youth team player, were also battling the disease.

"Paolo and Daniel are both well and have already completed two weeks at home without contact with others," said a statement from Milan.

"They will now remain in quarantine until clinically recovered, as per the medical protocols outlined by the health authorities."

Maldini, 51, is considered one of the greatest defenders of all time.

He won five UEFA Champions Leagues with Milan and appeared in 647 matches.