Djokovic tests positive for coronavirus, apologises to other players 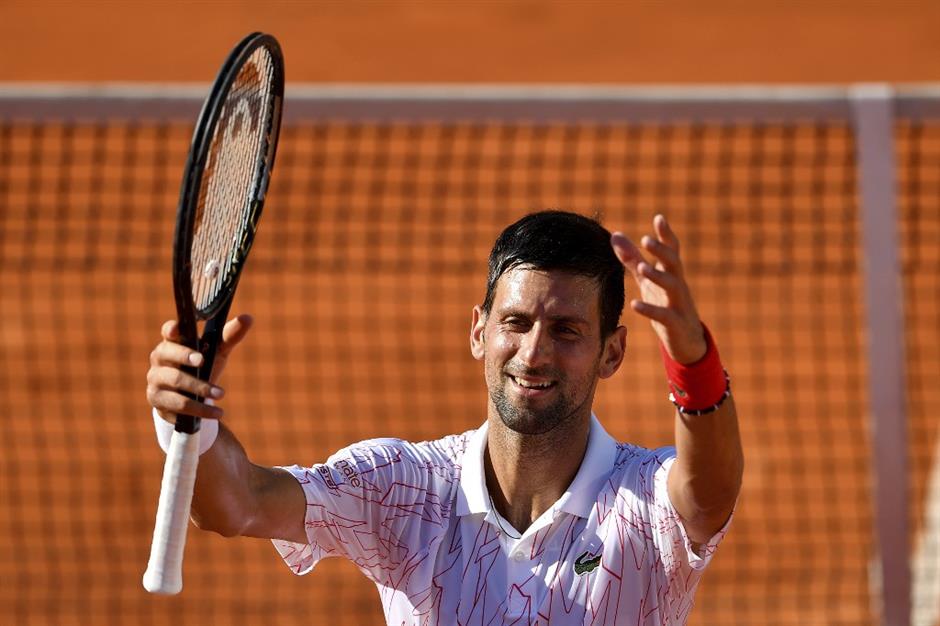 World number one Novak Djokovic said Tuesday he had tested positive for coronavirus, the Serb star becoming the fourth player to contract the virus after taking part in his exhibition tennis tournament in the Balkans.

Djokovic, who is "not showing any symptoms" according to a statement from his spokesperson, joins Grigor Dimitrov, Borna Coric and Viktor Troicki in testing positive for COVID-19.

Djokovic said his wife Jelena also tested positive while the results of their children were negative.

"I am extremely sorry for each individual case of infection," the 33-year-old Serb said in a statement.

"I hope that it will not complicate anyone's health situation and that everyone will be fine," the 17-time Grand Slam winner said, adding that he would go into self-isolation for the next 14 days.

Bulgaria's Dimitrov, the world number 19, announced on Sunday he had tested positive after pulling out of the event, the biggest since the tennis season was halted because of the pandemic.

Sunday's final in the Croatian coastal town of Zadar, which was supposed to feature Djokovic and Russia's Andrey Rublev, was cancelled.

Some 4,000 fans watched the first leg of the tournament in Belgrade earlier this month.

The slew of positive tests raises questions over the sport's planned return in August.