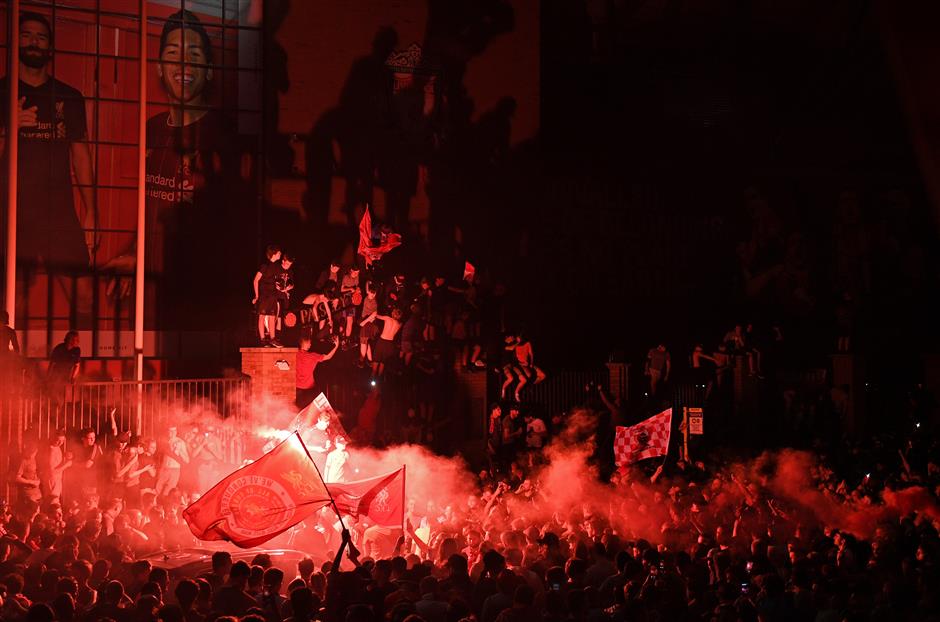 The last time Liverpool won a league championship was the First Division in 1989-90 before the creation of the Premier League in 1992. It is the 19th league title in the club's history.

Juergen Klopp's side beat Crystal Palace 4-0 on Wednesday for a 23-point league lead and needed second-placed City to drop points for their status as champions to be confirmed with seven games remaining.

Chelsea gave Liverpool just what they needed with goals by Christian Pulisic and Willian.

"It is amazing. I didn't want to talk about it until this moment," Liverpool captain Jordan Henderson told Sky Sports from an undisclosed location as the new champions celebrated together."