They are expected to increase their global presence by expanding operations and sales overseas, especially in key markets including the US, Europe, Southeast Asia and Africa.

This expansion is in tandem with China’s Belt and Road initiative.

The initiative was put forward by President Xi Jinping in 2013 to boost economic links between China and other regions including the Middle East, Europe, Southeast Asia, Oceania and North Africa. Domestic carmakers actively support the initiative and incorporate it into their global strategies.

As well as backing the country’s Belt and Road initiative, there are also many other reasons for Chinese carmakers to drive sales overseas, including enhancing their brand image, increasing sales, and improving vehicle quality.

“Chinese original equipment manufacturers take the view that they have a good base in the domestic market and it’s time to think of going abroad,” said Jacob George, vice president and general manager of J.D. Power Asia Pacific.

“Some car manufacturers told us that if they can go into global markets, they can also improve their quality. This will be a good test for them,” he added.

About 450,000 cars were exported in the first half of this year, up 29.8 percent year-on-year, according to data from the China Association of Automobile Manufacturers. 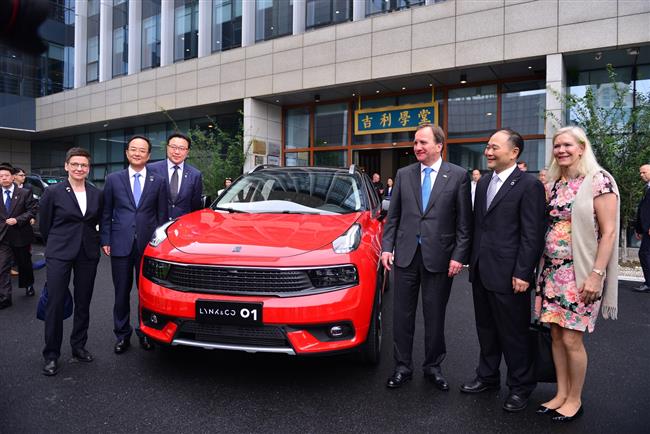 Geely also has a brand called LYNK & CO, which eyes global markets. LYNK & CO models will be sold in US and European markets.

Chinese carmakers have already built factories in markets like Russia, Brazil and Iran. Chinese automaker Zhejiang Geely Holding Group is among one of the domestic manufacturers focusing on the global market.

“Geely has footprints in the United States, the United Kingdom, Belgium, Sweden, Belarus and other countries,” said Li Shufu, chairman of Zhejiang Geely Holding Group. “We have achieved success in the Belt and Road countries.”

Geely also has a brand, LYNK & CO, which eyes global markets. The company said LYNK & CO models will be co-developed by Geely and Volvo and are expected to be sold in US and European markets. 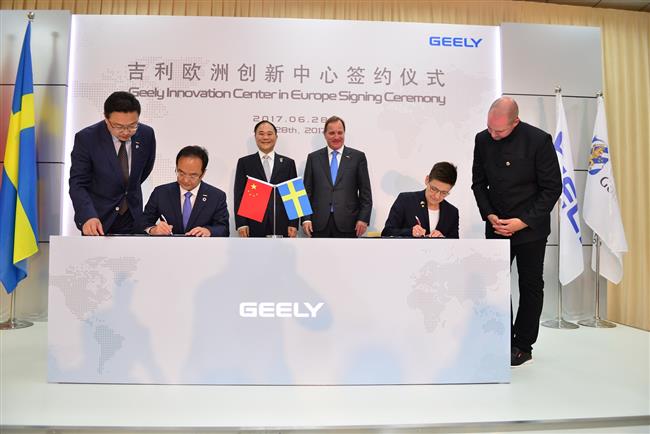 Geely set up an innovation center in Gothenburg, Sweden in June this year.

Geely set up an innovation center in Gothenburg, Sweden in June this year. The center, which plans to begin operations in 2020, will serve LYNK & CO’s international marketing, sales, and services, according to the company. 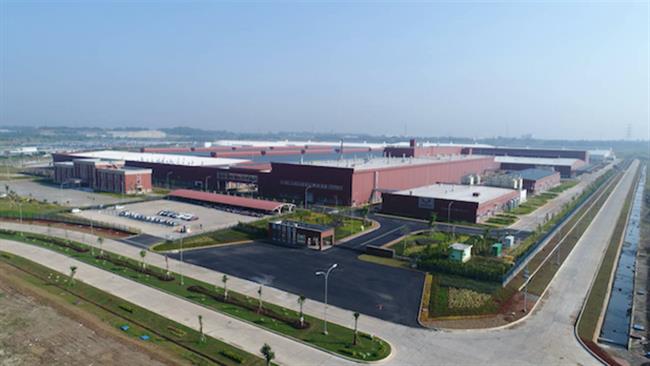 SAIC-GM-Wuling's manufacturing base starts operation this year in Indonesia.

The company has set up business networks in Europe, North America, South America, the Association of Southeast Asian Nations, Africa and Australia.

In the first half of this year, SAIC Motor Co’s exports of vehicles and overseas sales soared 44.4 percent, according to data released on the official website of the company.

SAIC Motor Co is also expanding its network in Thailand and Indonesia. The company set up a manufacturing base in Thailand in order to further develop its distribution network. In the first half of this year, the company’s sales of its MG brand in Thailand more than tripled year on year.

In Indonesia, SAIC-GM-Wuling’s manufacturing base started operation this year and the first model, called Wuling Confero S, has rolled off the production line.

Dongfeng Motor Group Co, one of the state-owned carmakers, plans to launch 40 models in more than 70 countries and regions over the next five years.

Dongfeng hopes it can further expand its sales network and after-sales service.

In five years, the company hopes the number of dealership sites will grow to 912, and that after-sales service centers will expand to 971 in overseas markets. The company set an overseas sales target of 150,000 vehicles by 2020.

Dongfeng said it will continue to form global business network and distribution chains, elevate the international influence of the brand, and drive Dongfeng commercial vehicles into becoming a world-famous brand.

Chinese car manufacturers see going abroad as an opportunity, but also a challenge.

Car owners and potential car buyers may not be aware of Chinese brands when they first enter global markets. Chinese carmakers are faced with the challenge of how to raise their brand awareness.

Chinese carmakers need to develop a unique brand position if they want to expand their global footprint and create an important and competitive name in developed markets.

“Brand positioning is very important. The success rate will be higher if brand positioning is right. Other factors such as pricing, product portfolio, after-sales service and possibility of local production will also have an impact on expansion in overseas markets,” said Joseph Wong, analyst for China autos and auto-part research at Nomura Holdings Inc.

It’s not that far from the day when Chinese car manufacturers drive into overseas markets, especially in the US and Europe.

“Some Chinese car manufacturers have set their target year or starting year for going overseas at 2019 or 2020, especially entering the US and European markets,” said Mei.