Working at the car wash just got a lot better 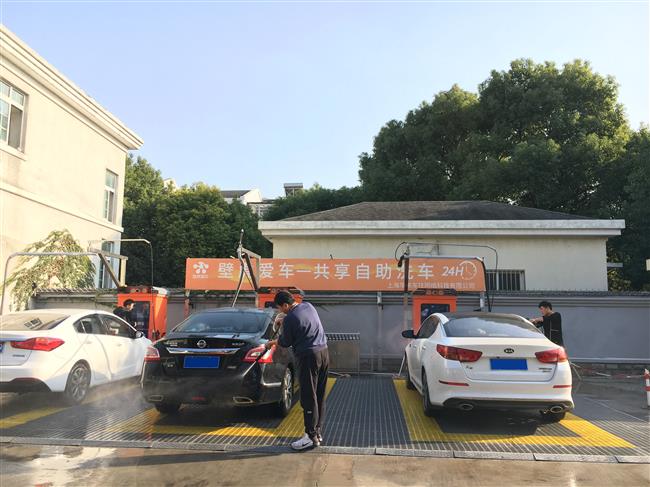 Tired of waiting in line to get your car washed? A local company is promising to make the car wash a more convenient, cheaper and more eco-friendly experience.

Sitting across the table from this writer, Liang Shiyong, a 42-year-old entrepreneur who founded car wash brand Abeehoo, proudly talks of his plan to put thousands of self-service car wash machines in a dozen Chinese cities by the end of this year.

With two decades’ experience in the after-sales car service market, Liang set up a company in 2015 focused on providing intelligent car wash solutions with the potential to transform the face of the industry.

Traditionally, cars are washed manually in China and long lines are a common sight in front of car washes. The normal cost is 25-30 yuan (US$3.90-4.70) a time and no 24/7 service is available.

The car wash has become what is often referred to as “rigid demand” in a country on a fast lane to an automobile society, with car ownership topping 200 million in 2017.

For a long time, cars were often seen parked on the roadside to be rinsed, blocking traffic and creating effluents that flowed, untreated, into the sewage system.

City officials cracked down last year to eliminate this eyesore, but Liang says the demand is still there.

That’s where Abeehoo came in. Since 2015, Liang has worked on developing an Internet-enabled car wash machine that he said is “tremendously easy” to use.

The machine entered service in late 2017 after two years of trials and technical improvements.

The size of a fridge, it is equipped with a high-pressure wash gun, foam lance and a vacuum cleaner. The car wash is booked in advance on smartphones, and a standard session lasts 30 minutes.

Compared to traditional business models, where one pays someone else to wash their car, or trusts automation with the job, Liang said his invention has several distinct features.

To begin with, it reduces the amount of water used — usually 80 to 90 liters a time — by two thirds, and bookings via the mobile app and WeChat account free customers from waiting.

To illustrate the ease of accessing the service, Liang took out his smartphone and explained how to book a 30-minute car wash and pay through Alipay or WeChat.

Users who finish the session quickly are charged even less — 6 yuan for 20 minutes. Bookings cancelled more than 30 minutes beforehand lead to a full refund.

The biggest merit of this machine is perhaps its flexibility. One need not bother queuing up as he or she is updated real time on the status of bookings.

“Everyone can access the service, which goes very well with the idea behind the sharing economy,” said Liang. “Our goal is not just to bring the price down, but to make our equipment really shared, and hopefully, liked by all.”

Environmental awareness has won his company honors coveted by competitors. It applied for and acquired multiple patents on the strength of its self-developed water treatment device.

Instead of using intensely acidic or alkaline detergent to spray foam, his company developed a dark orange solution he says is made from tangerine oil extract.

The costs are five times higher, but Liang feels it is worthwhile, because this shows “we take our environmental responsibility very seriously.”

Last year, the municipal public sanitation authority approached him to discuss cooperation. Official procurement of the system has already begun in some districts. The service has won accolades as a scheme that “offers convenience to residents.”

The car wash has long been considered as one of the most lucrative segments of the car care market. A host of startups rushed into the sector a few years ago.

Built around the O2O (online to offline) concept, they soon engaged in a brutal war for market share, offering services incredibly underpriced or even for free. When the money dried up, many went bust, leaving investors high and dry.

Liang knew very early on that these O2O startups would fail, because “their model relies on hefty subsidies,” a practice that pushes up customer acquisition costs.

Combined with increasing labor costs, it doesn’t take a genius to see that these O2O businesses are doomed from the outset.

Liang’s business model represents a huge departure from past failures in that it requires no attendants and does not market directly to individual customers, rendering subsidies unnecessary.

Instead, he chose to work with property management companies, which pick the spot for and help promote the service. In return, they get a cut of the revenues. 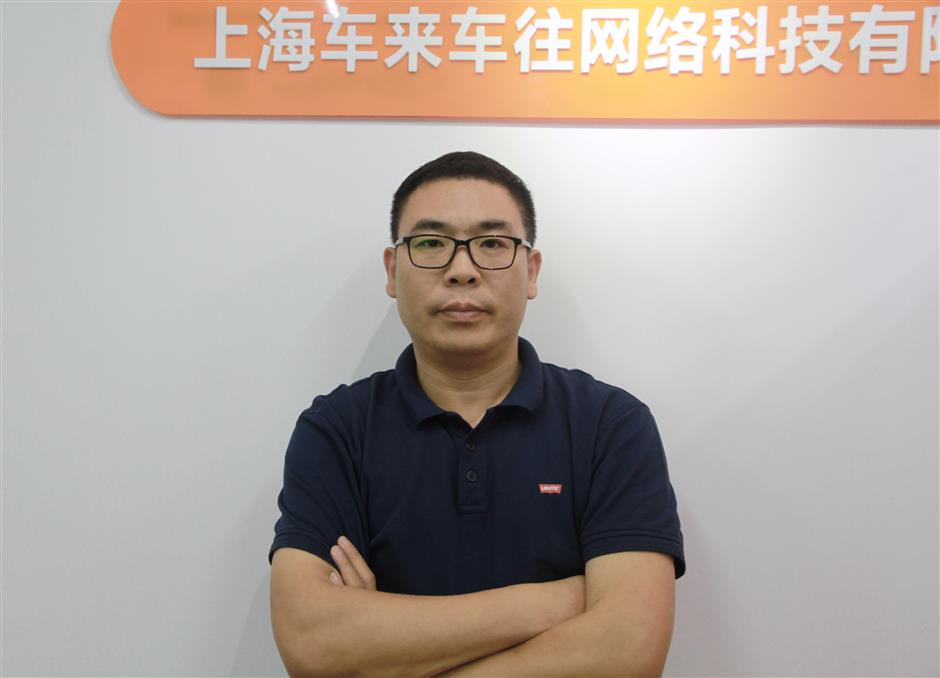 This kind of cooperation has enabled Abeehoo to increase its car wash facilities to about 150 citywide — mostly within or near residential complexes — serving 100,000-plus registered users.

Liang also has supplied the machines to other parts of the country, including Jiangsu, Zhejiang and Wuhan of Hubei Province, bringing the total to 300 nationwide.

However, digital map locations indicate that they are usually on the outskirts of urban centers — suburban districts of Minhang and Jiading in Shanghai for instance.

This is a challenge for Liang, who hopes to move his equipment a bit closer to metropolitan areas. But it will be a tough job because the rent is higher there.

One way to tackle this is to enlist support from the authorities to set aside more idle space for car wash facilities. “(With government support), things would be a lot more different,” Liang told Shanghai Daily.

His business logic suggests a marked change in popular attitudes toward Internet-related innovations. The O2O model has increasingly lost luster due to the ever-higher costs of marketing directly to customers and maintaining customer “stickiness.”

Liang is critical of ills plaguing the sharing economy. The most notable example is the notoriously high damage rate of shared bikes. Damaged bikes piled up high in “graveyards” are now a frequent sight.

He blamed this on lack of foresight. Radiating an air of prudence and moderation, a trait often associated with people hailing from Shandong Province, this Shandong native was careful before testing his innovations in the market.

“We gauged upwards of 100,000 users for feedback, and then adjusted our designs accordingly,” said Liang.

Only after the whole process proved feasible did he decide to give it a go.

Thanks to such discretion, there are no known reports of damage or vandalism of his equipment. Each unit costs less than 20,000 yuan to build, and their operator is confident of recouping the costs within half a year.

As he drank from a mini-porcelain cup, Liang described the car care market as worth at least 10 trillion yuan, but players using outdated methods will face a “red sea” of competition.

He believes that sensible entrepreneurs must rise above superficial concepts and see the economic folly of, say, pricing car wash at only 5 yuan a time.

His plan for the near future is to put 1,700 more machines across the nation by the end of this year and establish a presence in 10 provinces and municipalities.

The market is so huge that plenty of opportunities await those adept at leveraging the Internet and Big Data. And Liang apparently is one with big ambitions.

“Car wash is only a beginning. Our machines are a good platform for advertisers and other businesses that specialize in precision marketing,” Liang said.