Building Tesla plant in Shanghai on Musk do list

US electric car manufacturer Tesla yesterday broke ground on its Shanghai factory, becoming the first company to benefit from a new policy that allows foreign carmakers to set up wholly owned subsidiaries in China.

The new plant, Tesla’s first outside the United States, is located in Lingang, southeast Shanghai.

The factory, which is Shanghai’s largest foreign invested manufacturing project, will initially have an annual capacity of 250,000 electric vehicles in the first phase, eventually rising to 500,000 cars a year when fully operational.

“With the resources here, we will be able to build this factory in record time, and we are hoping to have initial production of the Tesla Model 3 toward the end of the year and volume production next year,” Tesla CEO Elon Musk said.

The company aims to finish initial construction of the Shanghai factory this summer, he said.

After Tesla starts production of the model in China, the price of the car is expected to start at 400,000 yuan.

Besides making cars for Chinese buyers, Musk said, the new plant will also export some of the vehicles to other Asian countries.

When meeting Musk, Shanghai’s Party Secretary Li Qiang said the city will deepen cooperation with Tesla and jointly build a world-class automobile industry cluster, as the city is accelerating the development of intelligent and connected vehicles.

Mayor Ying Yong said it took less than half of a year from signing the agreement with Tesla to starting construction. This is the result of close and highly efficient cooperation between the two sides, and reflects Shanghai’s continuously improving business environment, Ying said.

Musk said the factory will apply the company’s most advanced technology.

“It is set to become a leading manufacturing base in terms of innovation, efficiency, technology and environmental production,” he said.

Tesla said the company is building up engineering, manufacturing, research and development, and innovation capabilities in China.

On the official recruitment WeChat account of Tesla, more than 50 positions in the Shanghai factory are now advertised, including operation manager, construction safety manager, mechanical engineer and a number of other positions.

Tesla has established its charging network covering most cities in China’s developed regions, such as the Yangtze River Delta and the Pearl River Delta.

China is the largest auto market in the world and one of the leading countries in the development of new-energy vehicles.

Lingang already has an industrial cluster of vehicles and auto parts.

There are more than 20 carmakers and auto parts makers in the area, which is actively promoting the development of NEVs and intelligent manufacturing.

China set a milestone record of selling 1 million NEVs in 2018. The country aims to double the sales to 2 million in 2020. Officials from Tesla and the city government of Shanghai attend a groundbreaking ceremony for the US electric car manufacturer’s factory in Shanghai’s Lingang area yesterday.

“Tesla’s China production will have a ‘catfish effect’ on the country’s auto industry, pushing domestic carmakers to speed up their technological upgrading,” said Cui Dongshu, secretary-general of the China Passenger Car Association.

When Tesla’s plant in Shanghai starts volume production in 2020, the China-made Tesla cars will be on an equal ground with Chinese automakers as China is scheduled to eliminate various government subsidies on NEVs by that year, Cui said.

From tariff cuts to removing access restrictions on foreign investment in various sectors, China has advanced its opening-up. China’s new rules regarding the procedure to approve new Sino-foreign auto joint ventures will take effect on Thursday.

The streamlined measures will further shift the long-standing practice of checking and ratifying for the administration of auto joint ventures to the management mode of filing for record or registration only.

German carmaker BMW announced in October that it would increase its stake in the joint venture, BMW Brilliance Automotive, in northeastern city of Shenyang, from 50 percent to 75 percent, and extend the cooperation for another 22 years to 2040. 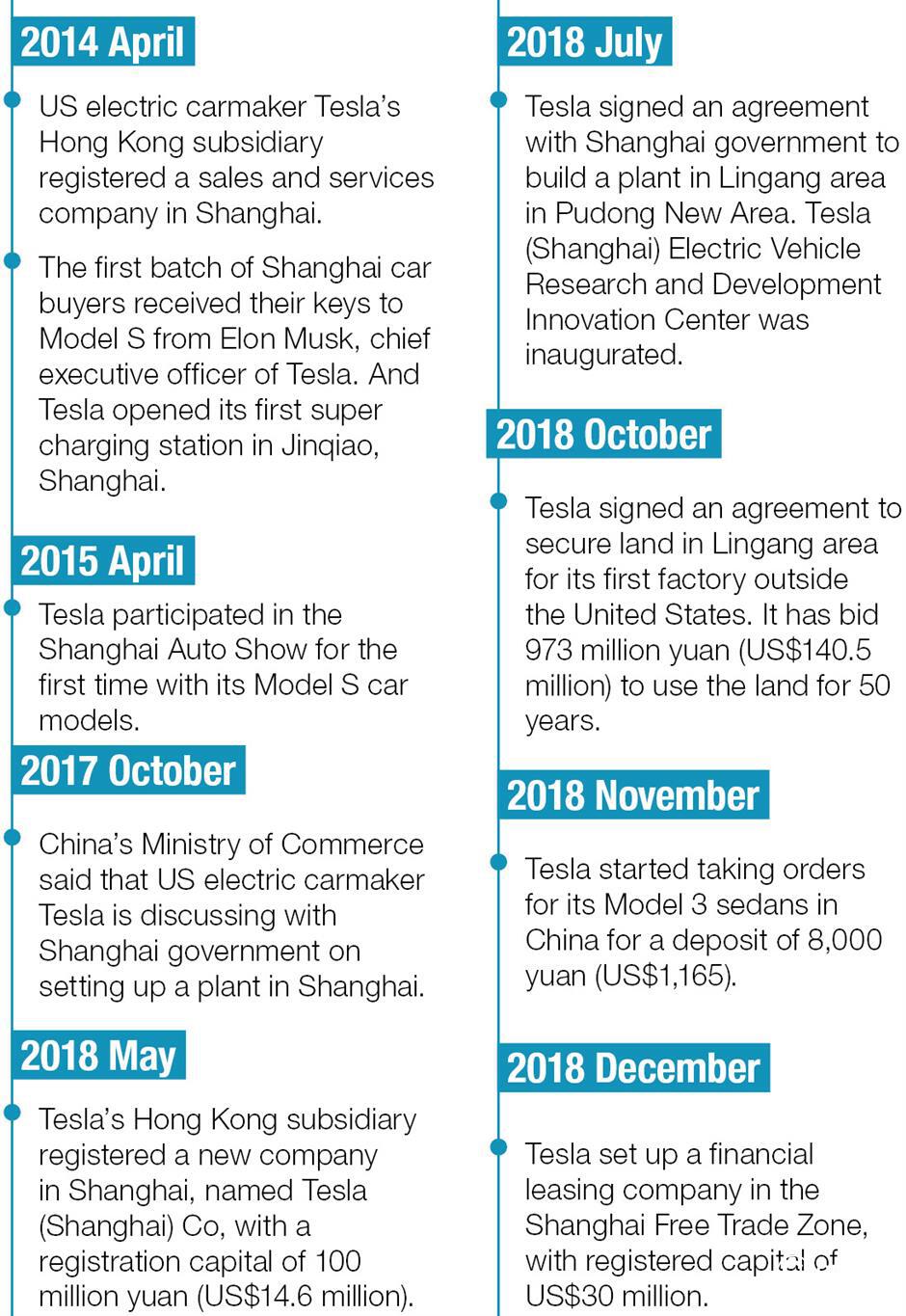