Lingang, a port town at the southeast tip of Shanghai, is to become a powerful engine to further drive the city’s economic development and innovation. Shanghai aims to make the area a world-leading intelligent manufacturing industry cluster and the automotive industry will be a major part of it.

The automotive industry is embracing the latest trends in Lingang, including new-energy vehicles, intelligent and connected cars as well as integration with 5G technology.

More talent is expected to gather there to push the automotive industry’s transformation to a more intelligent and connected future. Lingang has already attracted car manufacturers such as Tesla, SAIC Roewe, SAIC Maxus, Human Horizons and AI enterprises iFlytek, Horizon Robotics and TuSimple. 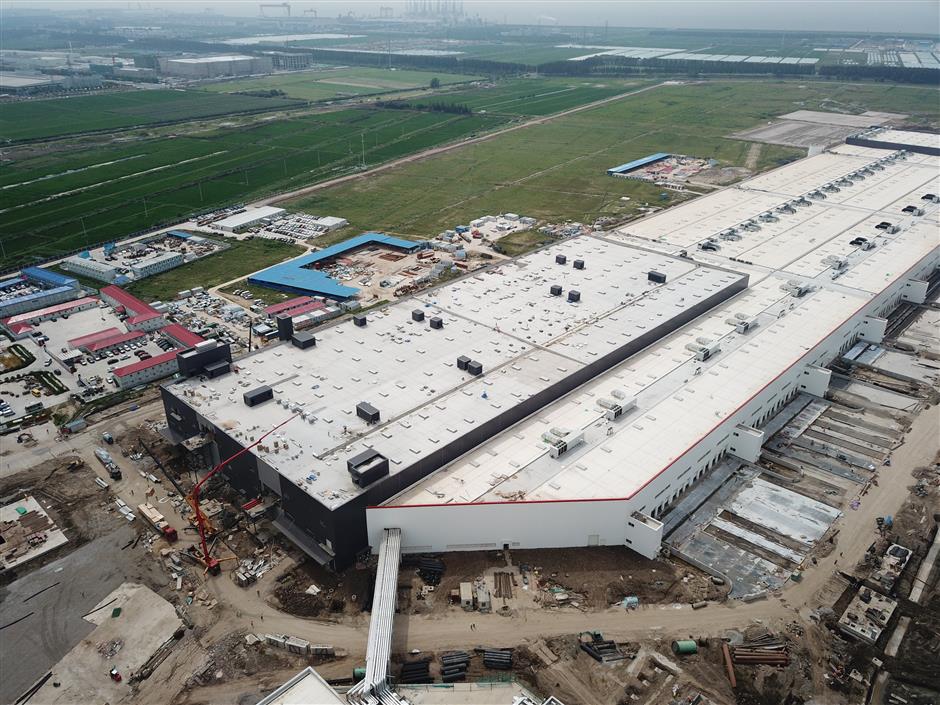 An aerial view of the Tesla Gigafactory 3 under construction in Lingang area, Pudong New Area, Shanghai on August 27, 2019.

The Lingang government is working with car manufacturers to speed up the construction of automobile factories. US electric carmaker Tesla broke ground on its Shanghai factory in January and the main structure of Tesla’s car is already on the trial production line, according to the latest pictures on social media platform Sina Weibo.

Tesla’s global vice president Tao Lin said the Shanghai factory is proceeding faster than expected, with delivery of the Shanghai-made Model 3 by the end of the year. In August, Tesla received an acceptance certificate from the Lingang government for a power station which is part of the first phase of the factory.

Chen Jie, Party secretary of the Shanghai Lingang management committee, said the new-energy vehicle industry is developing at a steady pace. Chen said that a number of automotive electronics, storage, inspection and testing projects have been registered in Lingang in order to facilitate development of the new-energy vehicle and auto parts industry. 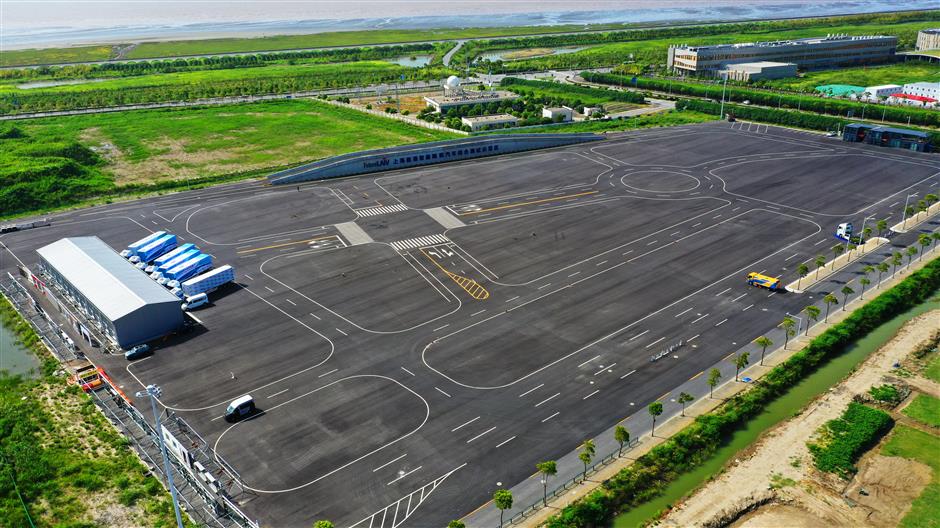 Shanghai will further enhance its autonomous driving capabilities in Lingang. Through the establishment of the Shanghai Lingang Autonomous and Informationalized Vehicle Integrative Testing and Demonstration Zone, the city is expected to gather more talent and attract more auto companies and high-tech enterprises.

The two zones will be different, with Lingang offering an ideal testing environment for commercial vehicles while the complexity of road tests will be further improved. Jiading’s zone is more mature in terms of testing passenger cars.

Lingang has its own geographical advantages. Self-driving commercial vehicles can explore autonomous driving testing in port transportation. Autonomous trucks need to be tested on highways for their commercial application.

The demonstration zone, which opened on August 23, offers more than 100 test scenarios in 30 categories for more than 10 auto companies to test their vehicles in the first phase which consists of a 26.1-kilometer open-road test area, a 3-square-kilometer closed test area and a data center. 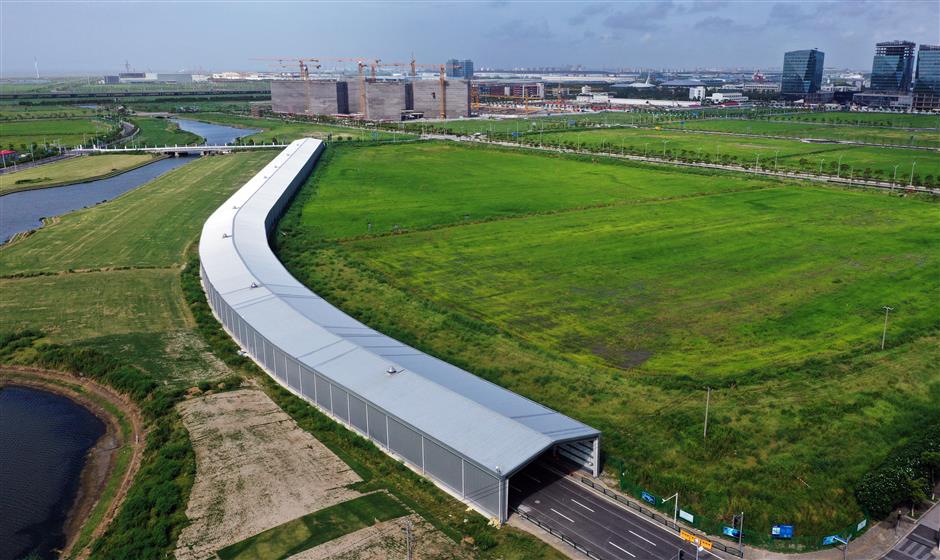 A 500-meter-long tunnel inside the zone is the longest simulated test tunnel in China.

A 500-meter-long tunnel is the longest simulated test tunnel in China. It will be a challenge for autonomous vehicle to negotiate the tunnel by its sensing and navigation system with no GPS signal inside. There is also a rainfall environment simulation area, where vehicles need to pass light rain, moderate rain and heavy rain tests to evaluate sensing equipment under special climatic conditions.

Autonomous trucks, passenger cars, buses and city operation vehicles can be tested in various scenarios, including urban and suburban roads, tunnels, highways, and airport and port areas. The demonstration zone is fully covered with 4G and 5G networks, which will provide a faster speed for communication between autonomous vehicles and infrastructure.

Cang Xuejun, general manager of Shanghai Lingang Intelligent Connected Vehicle Innovation Center Co Ltd, said telecommunication units are placed at all the crossroads inside the zone as a means of signal transmission. Cang added that the current 5G is mainly for streaming media transmission such as high-definition video. In the future, after the application of 5G technology, the transmission of vehicle information will be faster with a larger bandwidth and the lower time delay.

Zhang Xiaofeng, an independent market analyst, said that it is foreseeable that once 5G technology is officially put into the testing and application of autonomous vehicles, the commutation between vehicles and infrastructure as well as other cars on roads will become smoother. The fast speed of 5G will also bring great data accumulation to the test work.

In the future, the second phase of the autonomous vehicle testing area will be expanded to open roads which are connected to the Yangshan Port, which will be a trial of port logistics and enrich the testing scenarios. Based on the plan, more roads will be open under different circumstances.

For consumers, it will take many years to realize the application of autonomous driving. While the biggest benefit and what they most concerned is when they can own a Model 3 manufactured in Tesla’s plant in Lingang.

Yu Minjie, who works in a consulting firm in Shanghai, has been waiting for nearly two years. She started thinking over buying a Shanghai-built Model 3 in February last year but was concerned about the price. Yu said that the locally produced Model 3 will be an affordable car for her with a budget between 300,000 and 400,000 yuan.

Industry insiders say the Lingang area’s new-energy vehicle development may lower the cost for consumers to buy green cars. They noted reasons including a more mature autoparts industry chain to reduce the cost of vehicle production as well as fiercer competition between auto brands.