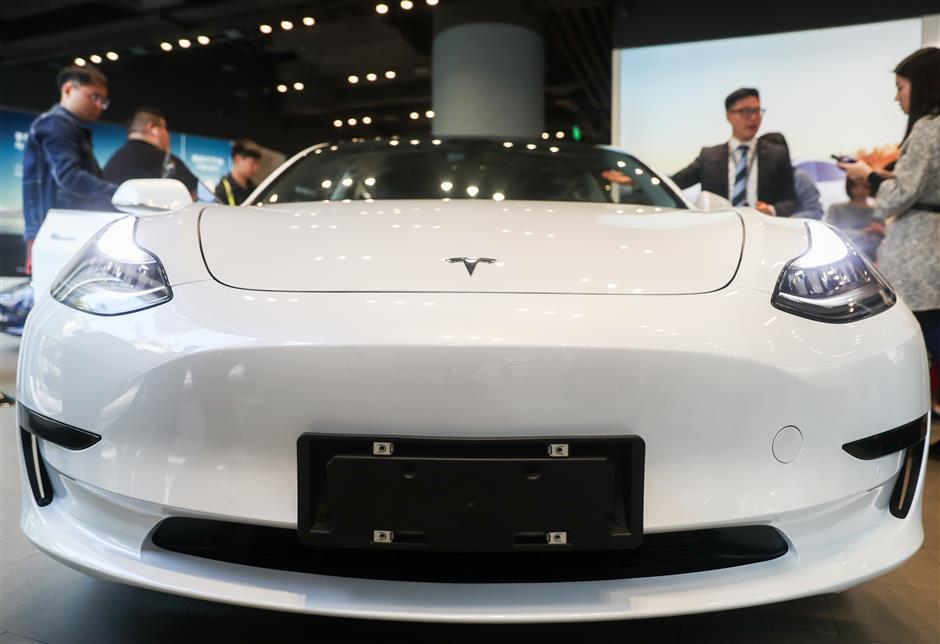 A Chinese-made Tesla Model 3 electric vehicle is unveiled at an experience center in Shanghai on Friday.

Tesla officially unveiled its Model 3 electric vehicle manufactured in a Shanghai gigafactory on Friday in Shanghai, and announced it will start delivering the made-in-China cars before late January.

The made-in-China Model 3 vehicles have entered Tesla-run stores in China and also appeared at Auto Guangzhou 2019 that opened on Friday.

John Zhu, head of East China of the Tesla Academy, said the first batch of China-made Tesla Model 3s will be delivered before the next Spring Festival on Jan. 25, 2020.

However, as it has not yet obtained the regulatory permit to drive on Chinese roads, the Shanghai-built Model 3 currently can only be used for in-store display instead of test drives.

Tesla's gigafactory in Shanghai, which took less than 10 months to build, started trial production ahead of schedule, the automaker said in its quarterly earnings report last month.

The starting purchase price of the Tesla Model 3 is 355,800 yuan (around US$50,600), lower than the imported version currently available in China.