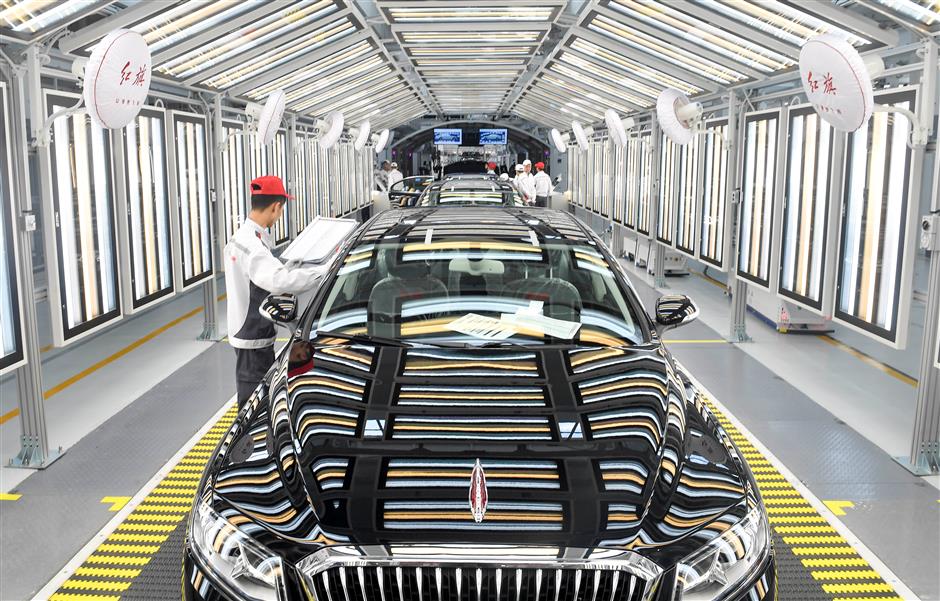 A worker examines a Hongqi vehicle at a workshop in Changchun, Jilin Province, on July 9, 2019.

China's leading automaker FAW Group announced that sales of its iconic sedan brand Hongqi have exceeded 100,000 units, the annual sales target for 2019, as of Thursday.

Hongqi's sales have been on the rise this year due to the carmaker's continuous efforts to enrich its production line, with six models currently on sale, including two sedans, two SUVs, the all-electric E-HS3 and the L5, a high-end custom limousine.

By continuing to roll out new models, Hongqi has drawn a lot of attention in the market.

This year, the automaker showcased its first self-designed and self-made super sports car S9, which goes from 0 to 100 kph in 1.9 seconds, and the all-electric full-size SUV flagship E115, with level-4 autopilot and 600-km mileage on a single charge.

Up to 17 new models are expected to be launched by 2025, including new energy models and SUVs, according to FAW.