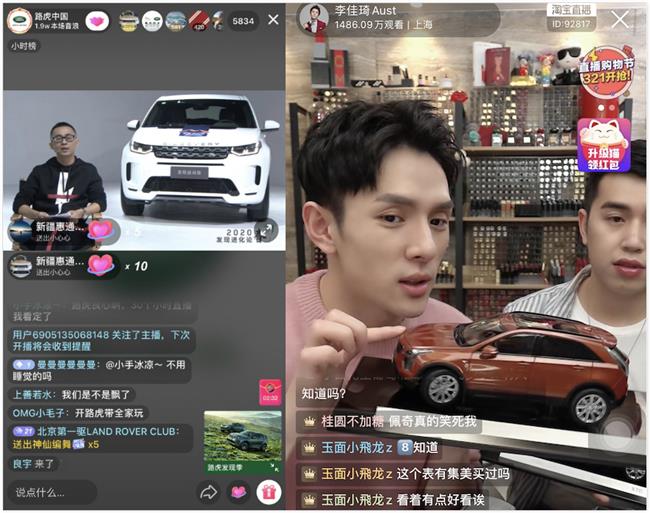 Land Rover and Cadillac are using live-streaming platforms to introduce their new vehicles to potential buyers.

Land Rover and Cadillac were among the first batch of car brands to test the streaming waters. Land Rover's Discovery Sport vehicle was launched via a 30-hour live-streaming event on short-video sharing app TikTok. The number of online viewers reached 158,000, and earned more than 58,000 comments.

During the recent broadcast, senior executives from Jaguar Land Rover, Land Rover instructors and employees as well as other guests were invited to introduce their stories and experiences with the brand.

Cadillac teamed up with Li Jiaqi, a leading influencer who has over 13 million followers on Taobao Live, to introduce its car rental scheme. The luxury car brand also promoted its CT4 sedan, which will be launched in April.

Zhang Xiaofeng, an independent market analyst said that "carmakers are now testing and doing some live broadcast trials. At present, it's hard to say how many sales they can acquire through these new channels."