Li  congratulated Musk on his company’s sales and production figures for the first quarter of this year. He expressed the hope that the US electric carmaker can further deepen its business in Shanghai, improve its business layout, accelerate construction of the second phase of its Shanghai factory, speed up implementation of its research and development innovation center, accelerate localization of support facilities and introduce more new models and new projects to the Chinese market.

Li also said the city would maintain its COVID-19 prevention and control work, accelerate the resumption of work to further boost market and investment confidence. The long-term upward development trend of China's economy has not changed, he said, nor had its determination to further opening up. 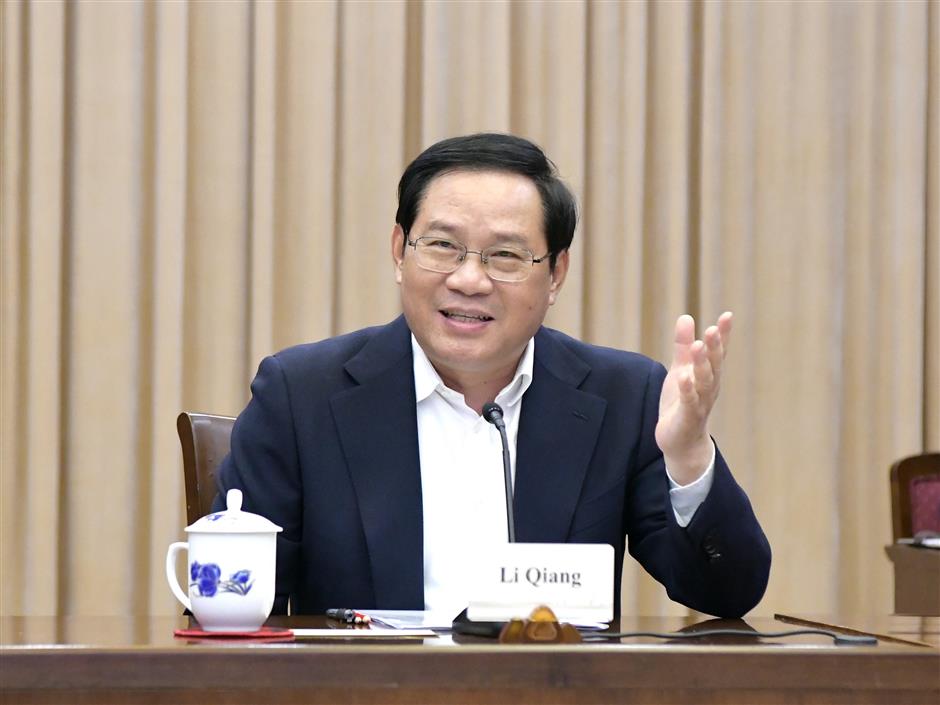 Musk said Shanghai has achieved great results in COVID-19 prevention and control as well as the resumption of work. He said Tesla had confidence in the huge potential of the Chinese market as well as its open and stable investment environment.

With strong support from Shanghai, Tesla’s factory in the city had achieved inspiring performances during the COVID-19 pandemic. Tesla will further deepen cooperation with Shanghai government, continue to expand investment in the city, accelerate localized production, ensure the stability of the industrial chain and supply chain, and continuously improve product competitiveness to better serve the Chinese market and customers. 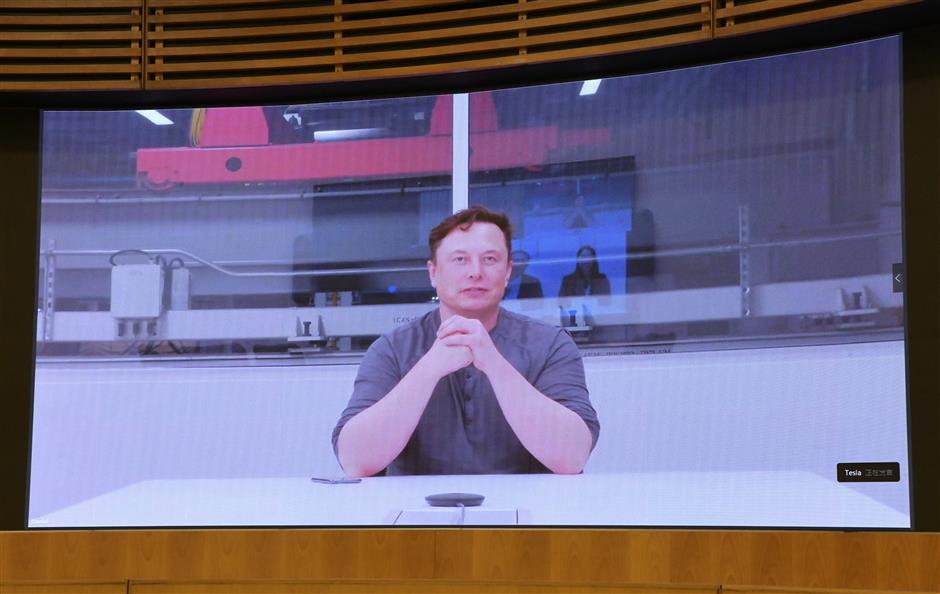 Tesla CEO Elon Musk said that Tesla’s factory in the city had achieved inspiring performances with strong support from Shanghai government during the COVID-19 pandemic.

Earlier in April, Tesla said its Shanghai factory had continued to achieve record levels of production in the first quarter, despite significant setbacks due to the COVID-19 outbreak. Tesla said it produced almost 103,000 vehicles and delivered approximately 88,400 vehicles globally in the quarter. The company credited the work of its Shanghai team for helping to achieve these results.

The performance of Tesla's China team was also attributed to strong support from the Shanghai government in the form of supplies and virus prevention and control measures.

The management committee of the Lingang Special Area, where the factory is located, helped Tesla return to normal production. With the committee’s assistance, Tesla received two infrared temperature check devices from Lingang enterprise Stratosphere which improved the efficiency of employee temperature checks. The committee also helped Tesla obtain 10,000 respirators, disinfectant and other supplies before work resumed.

Tesla delivered its first China-made Model 3s in early January. The locally produced model had become the choice of a large number of Chinese buyers, the company said.

Tesla said its Shanghai factory is on target to produce 150,000 vehicles this year. It is also hiring more staff to ramp up its Model 3 capacity. Tesla aims to deliver Chinese-made long range Model 3s from June.

Tesla sold 10,160 vehicles in China in March, its highest monthly sales volume after entering the Chinese market, according to data from the China Passenger Car Association. Tesla sold around 3,900 units in February, up from 2,620 vehicles in January, CPCA data showed. Overall passenger car sales in March were down 40.8 percent from a year earlier.

Tesla broke ground on its Shanghai factory in January 2019, becoming the first to benefit from a new policy allowing foreign carmakers to set up wholly owned subsidiaries in China.