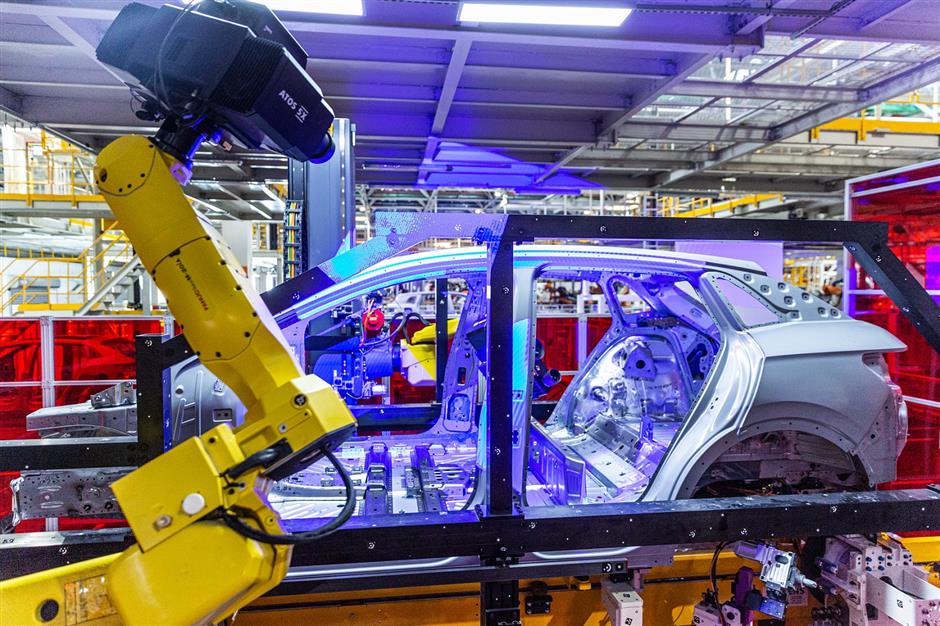 It also represents that Shanghai automobile companies are making further progress in the production and manufacturing of new-energy vehicles, as the country is actively promoting the development of green car sector.

Shanghai Mayor Gong Zheng sent his congratulations, saying that "this is another success among the city's key construction projects this year. It is a vivid manifestation of Shanghai car industry's new development vision in which it continues to exercise new development thinking of innovation, green and open and relentlessly upgrades itself in terms of industry level and international cooperation capabilities."

Chen Xianzhang, president of SAIC Volkswagen Automotive Co Ltd, said that in 2021, based on the MEB platform, the company will continue to launch the production of new products at this factory, which includes different classes and forms of electric vehicles from Volkswagen and Audi to cover different market segments.

SAIC Volkswagen’s plant with the MEB platform in Jiading District covers an area of 405,600 square meters, with a planned annual production capacity of 300,000 vehicles. The automaker said the factory adopts Volkswagen's digital production technology, which can realize data collaboration and intelligent production, as well as implement green and low-carbon operation while ensuring high-quality management.

At present, the Volkswagen Group has two MEB plants in China. The other is a plant in Guangdong Province.

It took two years to put the factory into production, with investment of more than 17 billion yuan (US$2.54 billion) by both parties of shareholders. In recent years, the cooperation between China's biggest automaker SAIC Motor and German car manufacturer Volkswagen in the fields of electrification, intelligent networking and high-end brands has continued to deepen. The launching of ID.4 X is one of the results of this cooperation.