US electric automaker Tesla delivered its first batch of Model Y cars in Shanghai on Monday.

US electric automaker Tesla delivered its first batch of Model Y vehicles in Shanghai on Monday.

The Model Y is the second Tesla vehicle manufactured in the company's Shanghai Gigafactory and delivered to Chinese consumers. It follows the release of the locally produced Model 3 sedan last year.

The Model Y will be available in other cities across the country in the near future, company officials said.

The Model Y is promoted as a high-performance, fully intelligent, mid-size SUV, offering consumers a range of appearances, practicalities and safety features.

The SUV's long-range version can travel up to 594 kilometers on a single charge. A 15-minute charge at a V3 super-charging station adds another 250 kilometers to its range.

Earlier this month, Tesla announced lower prices for its latest models in China. Pricing for the Model Y starts at 339,000 yuan (US$52,257).

Tesla has now released a series of cars, including the Model 3, Model Y, Model S and Model X, in China. In 2013, the company officially entered the Chinese market and has expanded its charging network across the country.

In July 2018, Tesla broke ground on its Shanghai factory, becoming the first company to benefit from a new government policy that allows foreign carmakers to set up wholly owned subsidiaries in China.

The US$2-billion plant began rolling cars off the assembly line in just 357 days, a record for global automakers in China.

The company plans to invest 42 million yuan to build a super-charging pole factory in Shanghai that integrates research and development with production, and will come online in the first quarter of this year.

The initial plan is to produce 10,000 super-charging poles. 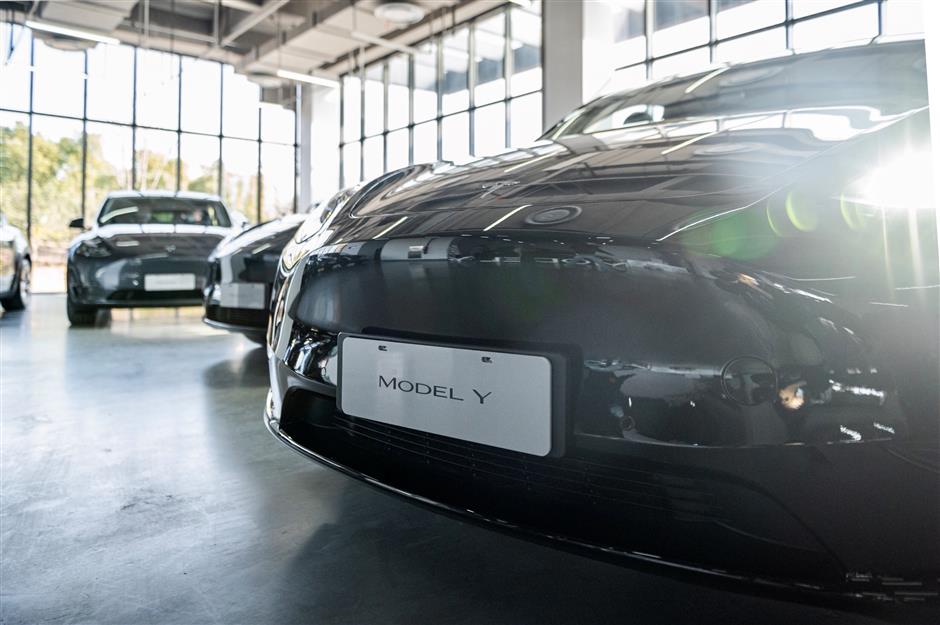 The Model Y is promoted as a high-performance, fully intelligent, mid-size SUV, offering consumers a range of appearances, practicalities and safety features. 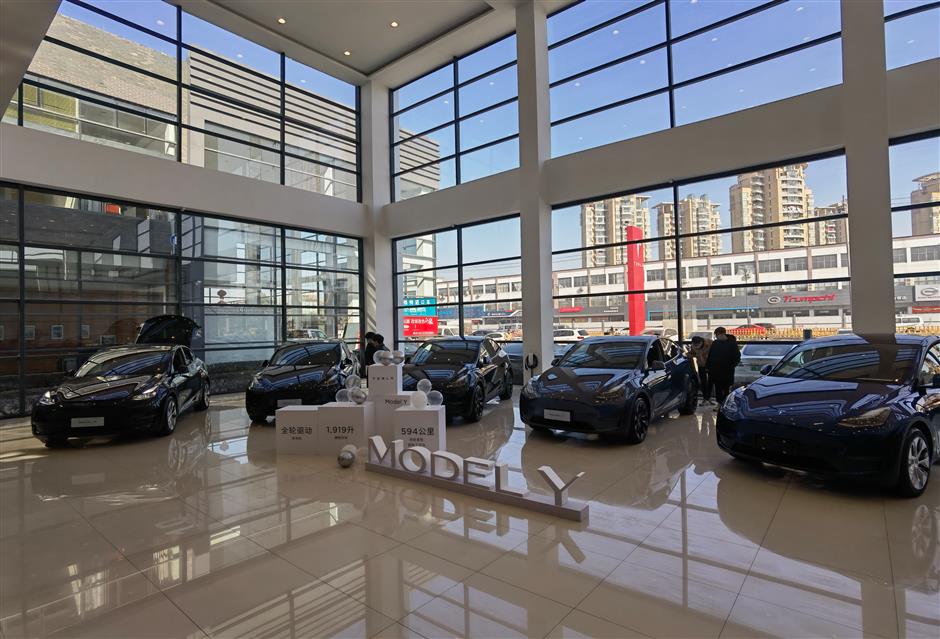