Tesla has opened its new research center and a gigafactory data center in Shanghai, the first of its kind among Tesla's overseas facilities, the electric car company said on Monday.

The data center in Lingang may relieve concerns of China's Tesla owners and industry executives who are worried that personal information and data could be transferred to overseas centers without permission, among other data security issues.

Tesla has completed the relevant approval and filing process for the local data center, which will cover data from its gigafactory in Lingang in the Pudong New Area.

"Data security is key to the success of intelligent and connected vehicles," Tesla CEO Elon Musk said in September. "All personally identifiable information is securely stored in China without being transferred overseas." 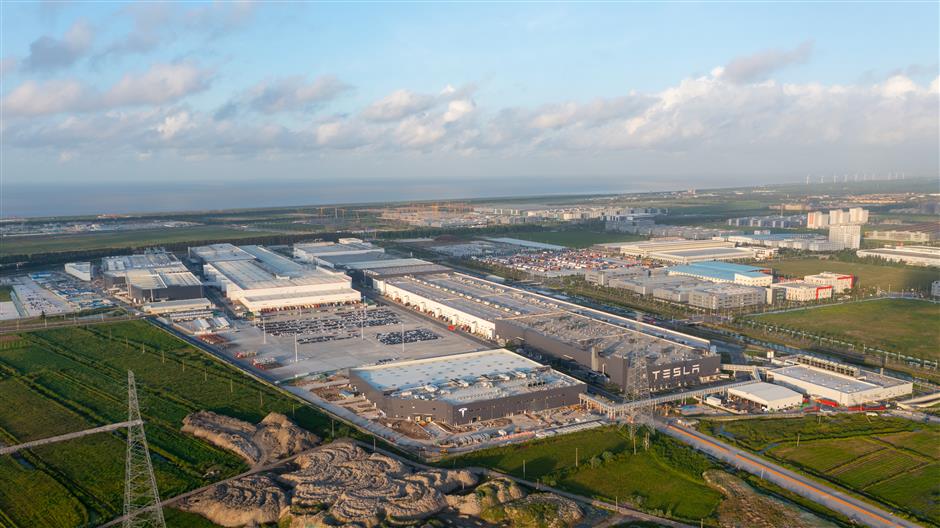 The Shanghai center is Tesla's first overseas R&D center based on vehicle development with 28 labs. They focus on sectors as software, hardware, electronics, materials, power and energy engineering.

It highlights China's new-energy vehicle R&D field is in line with international standards, the company said.

With Tesla and other companies' development, Lingang's automotive industry output is forecast to pass 100 billion yuan (US$15.6 billion) annually.

In the third quarter, the Musk's electric car company quadrupled its profit to US$1.6 billion and revenue surged 57 percent to US$13.8 billion from a year earlier.

It delivered a record 241,391 vehicles during the period, with sales significantly ramping up in North America and China.