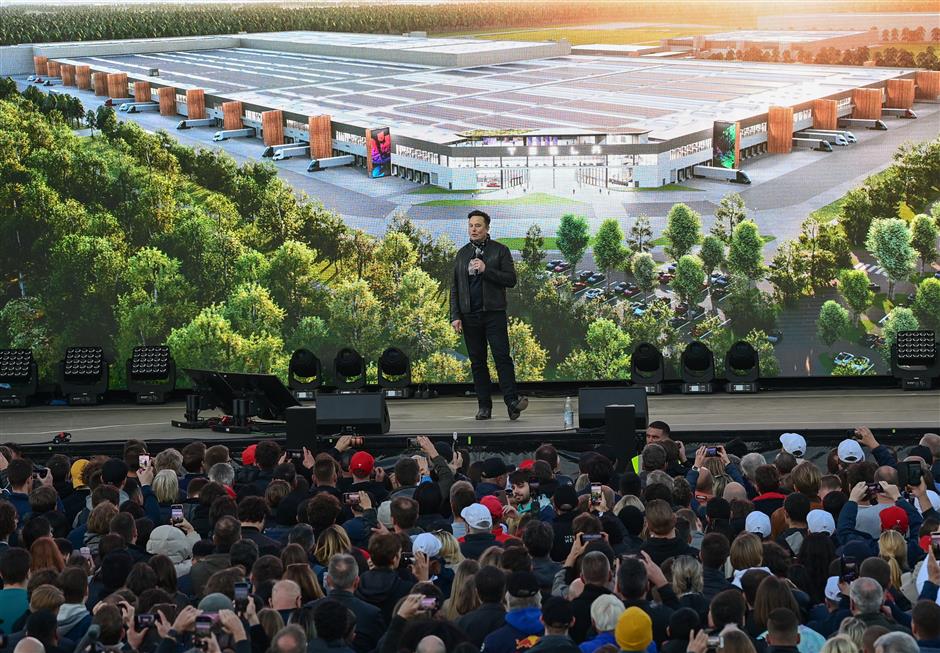 Elon Musk, CEO of Tesla, attends the opening of Tesla Gigafactory in Grünheide, east of Berlin, on October 9.

Tesla CEO Elon Musk sold approximately US$1.1 billion in shares of his electric car company, after indicating over the weekend he would sell 10 percent of his stock based on the results of a Twitter poll.

However, the sell was put in motion on September 14, according to documents filed on Wednesday, meaning it was not spurred by the survey's outcome.

Musk, the world's richest man, sold about 930,000 shares on Monday, a filing with the US Securities and Exchange Commission financial regulator showed.

On Saturday, Musk polled his more than 62 million Twitter followers about whether he should sell 10 percent of his Tesla shares, insisting he would do as voters say. The people voted "yes."

The electric carmaker's query followed a proposal by US Congressional Democrats to tax the super wealthy more heavily by targeting stocks, which are usually only taxed when sold.

Following the poll, Tesla's share price plunged on Monday, meaning the 50-year-old entrepreneur sold his stock at a significantly lower price than if he had sold it before his tweet, losing tens of millions of dollars in unrealized profit.

Musk still holds more than 170 million Tesla shares, according to the SEC documents, worth a total of US$183 billion at Wednesday's closing price.

On Monday, the Tesla founder exercised 2.15 million stock options, buying the securities at US$6.24 each – less than 1 percent of their current value.