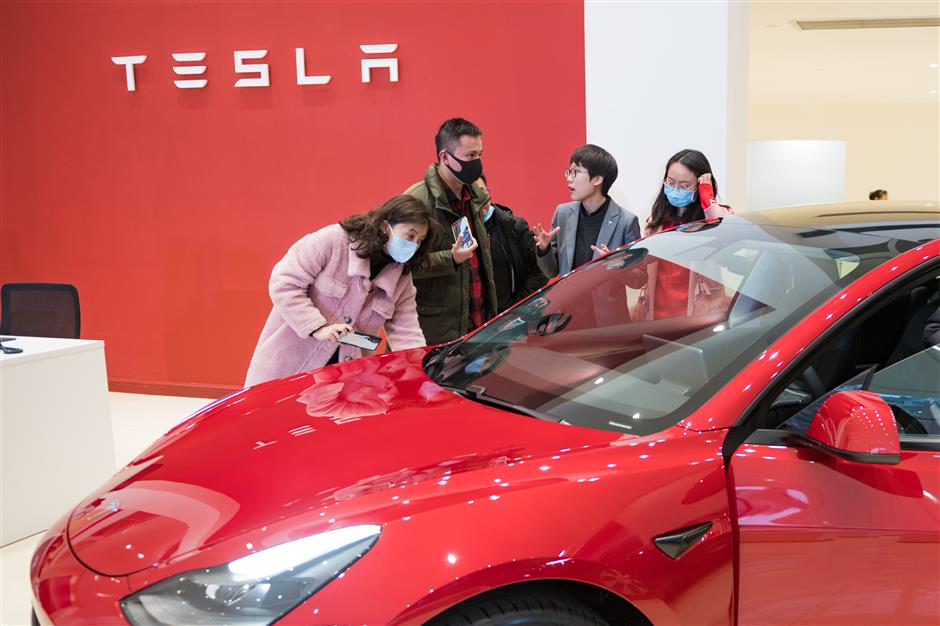 Tesla parts supplier Ningbo Tuopu Group is investigating Tesla's allegation of "faulty steering parts," which drove its stocks down by the daily limit on December 3 and prompted a recall of thousands of vehicles.

Tesla Shanghai recalled 21,599 domestically made Model Y electric cars with production dates between February 4, 2021, and October 30, 2021, due to an issue with steering knuckles – the pivot which allows the wheels to be steered – according to a statement by China's top market regulator on Friday.

The steering parts that led to the recall are produced by Tuopu, which has supplied parts to Tesla for five years, the carmaker said.

The recalled vehicles may not meet the design requirements for the strength of the steering knuckles due to supplier manufacturing reasons, which affect vehicle control and increase the risk of collision, the State Administration for Market Regulation said.

The recall also caused heated discussions on Chinese social media. Some netizens thought Tesla should not have blamed its parts supplier for the recall because its quality testing was also at fault. Others supported Tesla for taking the initiative and responsibility after identifying a possible safety risk.