Futuristic self-driving vehicles – representing a new way of life behind the wheel – went into on-road commercial trial in late November in Yizhuang, Beijing.

The feat is a major leap by China into developing its autonomous vehicle industry.

So far, they have put no more than 100 autonomous vehicles into commercial service within an area of 60 square kilometers in Yizhuang.

Relevant regulations were also issued by the city's high-level autonomous driving demonstration zone office to support the development of the emerging industry.

This marks a new stage in China's autonomous driving sector from testing and demonstration to commercialization pilot, said Chen Xiaobo, deputy director of the research center for transportation economy at the National Development and Reform Commission.

"The commercial trial of self-driving vehicles is a critical phase prior to its final application, which is conducive to cultivating an innovative and competitive self-driving industrial chain and supply chain in China," Chen said. 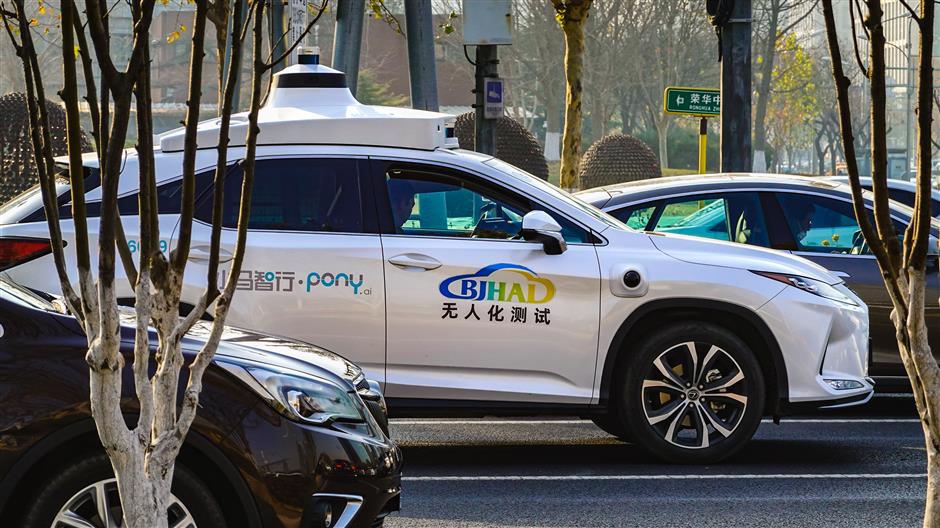 A self-driving vehicle on the road in Yizhuang, Beijing.

A passenger can hail a self-driving taxi at an assigned station through a Baidu car-hailing app, and about three minutes later, a self-driving taxi will arrive. Currently, the commercial trial – a 2.8km trip – takes about 7 minutes and costs 1.46 yuan (23 US cents).

Besides Baidu's taxi-hailing service, another company Pony.ai was authorized to launch the self-driving truck which has undertaken about 16,400 tons of commercial freight transportation with a cumulative mileage of over 50,000km.

Pony.ai has launched the PonyPilot service in Guangzhou, providing more than 500,000 free trips.

As the self-driving industry evolves rapidly, the Chinese government has issued regulations and policies for the industry, including the strategy for the innovative development of intelligent vehicles and the new-energy vehicle development plan (2021-2035).