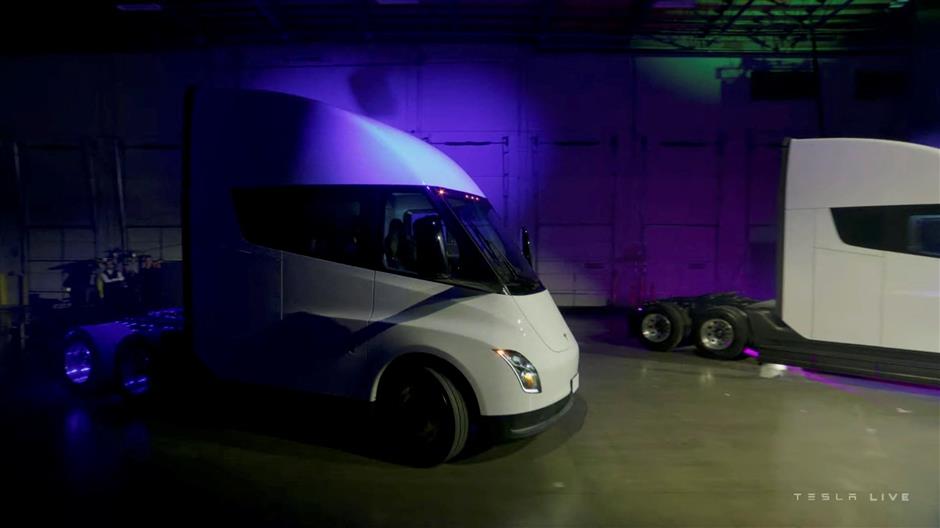 A view of the Tesla Semi electric truck during its live-streamed unveiling in Nevada, US, on December 1, 2022, in this still image taken from video.

Tesla on Thursday delivered the first batch of electric Semi trucks to PepsiCo at an event held at the company's Gigafactory in Sparks in the US state of Nevada.

Tesla CEO Elon Musk drove one of three Tesla Semis in front of an audience inside the factory. The event was livestreamed on Twitter, which Musk now owns.

First unveiled in concept form five years ago, the Semi was supposed to go into production in 2019 but delayed mainly due to the global parts shortage and the COVID-19 pandemic.

Musk said the company plans to ramp up Semi production to make 50,000 trucks in 2024 in North America.