Banks are banking on startups as new growth drivers

When Zhang Jiangli quit his high-profile job as a senior executive with a top multinational company to turn entrepreneur four years ago, he had little inkling of the kind of obstacles he was likely to face with his startup.

“Entrepreneurial companies need multiple rounds of financing. We lack collaterals while our business cycle of developing calls for flexible financial services. It sets us apart from the traditional companies and banks are hesitant when we approach them for loans,” Zhang said.

Zhang, along with four good friends, cofounded Singlera Genomics Inc, a bio-tech company based in California and Shanghai, in 2014.

Singlera Genomics is into precision medicine, focusing on non-invasive genetic testing for early, accurate and informative diagnoses. With cutting-edge proprietary technologies, it has been a darling of the venture capitalists.

“We wanted to transform our fruitful scientific research and achievements into practical technology and deliver tangible benefits to my country and my people,” said Zhang, the co-founder and CEO of this fast-growing company.

Earlier this year, Zhang’s startup was extended a 60-million-yuan (US$9.02 million) line of unsecured and guarantee-free credit from Shanghai HuaRui Bank.

The bank, the first local private lender which was set up in 2015, has been exploring the segmented markets to serve the small and micro startup companies that have long struggled to raise money from the industry and financial institutions.

Startup companies, especially those in the biomedical, science and technology sector tend to depend more on equity financing, as the research and development of new technologies and products involves considerable capital investment and are prone to risks, forcing traditional credit bodies to step back.

While previously big lenders were hesitant to extend credit to startups, pushing them into the arms of venture capitalists, there has now been a substantial shift in policy thinking among the bankers.

Commercial banks in China are feeling the squeeze in profit margins as interest rates begin to bite, inviting them to transform their business structure.

“There is fierce competition for large and high-quality clients, pushing the traditional market players to seek out small- and micro-companies,” Chen Zhong of Cowin Venture, a Chinese angle investor, told Shanghai Daily. 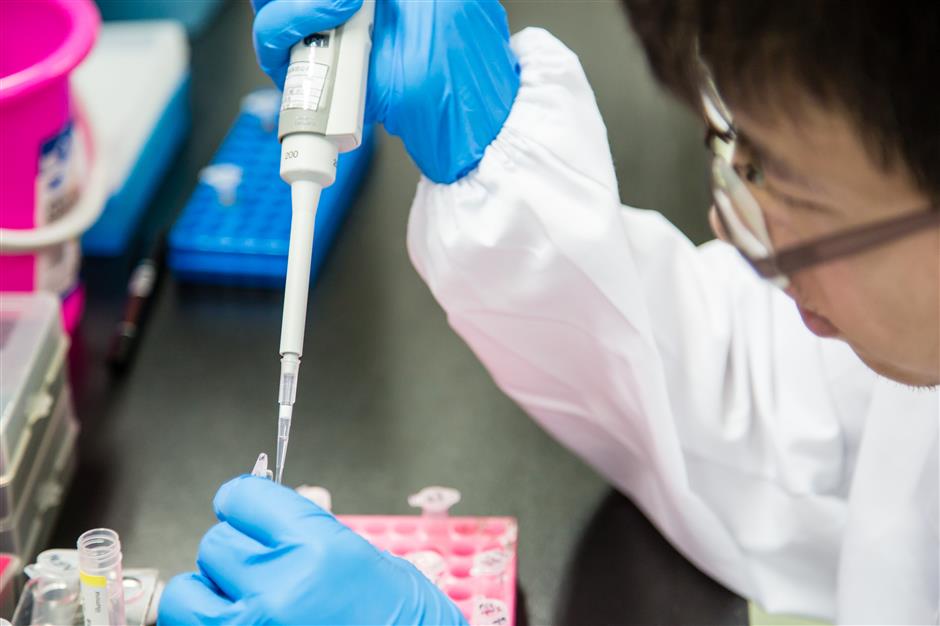 In April 2016, ten banks were selected for a pilot program on technology startups as per a guideline issued by the China Banking Regulatory Commission, the Ministry of Science and Technology and the People’s Bank of China.

Under the investment-loan linkage deal, banks can now provide financial services to technology and innovative companies in the early stages by making both lending and equity investments.

In the case of Singlera Genomics, Shanghai HuaRui Bank conducted an in-depth study and carried out due diligence to verify the company’s business model, its feasibility, core technical value, ability to ensure cash flow and follow-up equity financing capacity before extending loans.

“They (HuaRui Bank) talked to each and every founding partner of our company like a professional venture capitalist,” recalls Zhang.

In a press release, the bank said that they were “very impressed with Singlera Genomics’s history, its management team and proprietary technologies as well as its aspiration for precision medicine.”

“We’re pleased to provide this financing to the company as it drives important medical advancements for a large number of patients,” it said.

Xie Qiang, vice president and chief risk officer of Shanghai HuaRui Bank, said there was “a lack of specialized banks in the market.”

“We stand out by setting differentiated strategy from the very beginning, doing investment-level due diligence and making professional assessment of relevant projects. We are committed to becoming a ‘bosom friend’ of these startups,” Xie said.

Under a strategic framework with the bio-tech innovative company, HuaRui Bank will offer a comprehensive financial service to the company at different developmental stages.

“They will also support us with loans for merger and acquisitions, management buy-back loans and give us guidance for company operations,” Zhang said.

Unlike the conventional lending model of traditional banks, Huarui Bank has a very strict post-lending regulatory mechanism to make sure the money is ear-marked for the items set in the contract.

“We have to apply for a loan not exceeding 7 million yuan each time about a month in advance by showing them the procurement contract with detailed information. We are supposed to hand in the relevant invoices and account statement to the bank and they will review those documents before approving the loans,” said Wang Hua, a senior finance manager with Singlera Genomics. 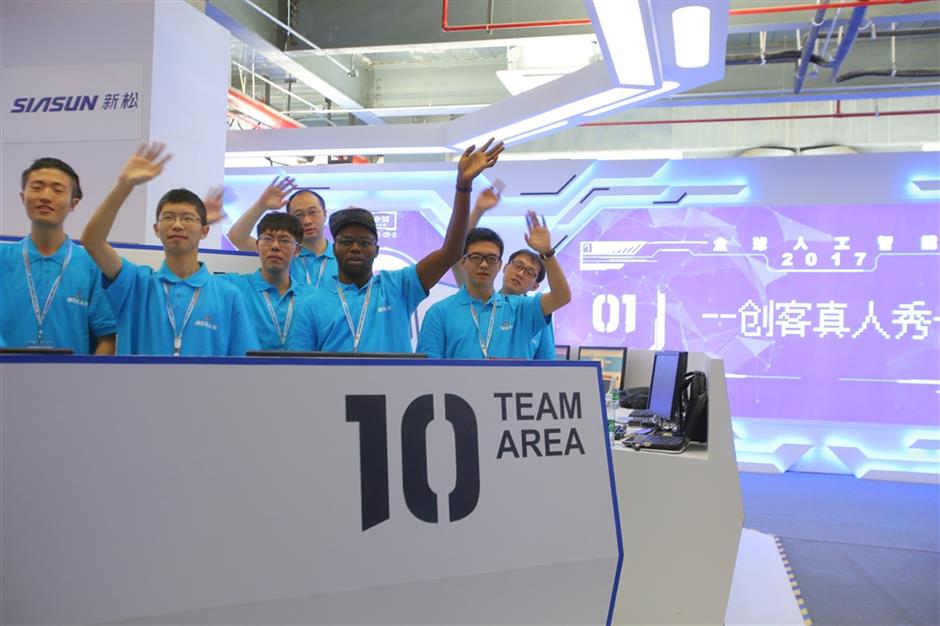 The SPD Silicon Valley Bank is another important player that has boosted China’s tech innovation during the past few years. This Shanghai-based joint venture was set up by the US lender Silicon Valley Bank and Shanghai Pudong Development Bank and focuses on budding Chinese tech entrepreneurs.

The lender also provides this startup a data report based on its knowledge of the relevant industry as well as the Silicon Valley Bank’s insight on the global markets, which will help the e-commerce site expand its footprints globally.

“Our ability goes beyond lending loans to the innovative companies. We put the right information in front of the right people and build up the thought leadership. By leveraging our own network in the innovation ecosystem, we make endeavors to help startups grow and increase their probability of success,” David A. Jones, President of Silicon Valley Bank Asia and SSVB, told Shanghai Daily.

With a distinct business model of assisting buyers and suppliers by setting up offline stores and an online mall to serve customers directly, the e-commerce site has been endorsed by a number of outstanding venture capitalists.

“In addition to technological innovation, business model innovation is another area that SSVB attaches great importance to,” remarked Jones.

“The innovative model of Secoo is in line with our definition of innovation and its excellent offline service ability is where the core competitiveness of the luxury e-commerce industry lies,” the bank said.

Asked how SSVB differentiated itself from other Chinese lenders, Tim Hardin, the vice president and head of corporate banking of the bank, said, “We are the only bank in the world that is focused on the innovation sector.”

Target clients of the Sino-US lender include those in the hardware, software, Internet, mobile, consumer technology, life science, biotechnology and clean-tech sectors.

As a comprehensive financial service provider for the small-and medium-sized enterprises, Bank of Shanghai has also been offering financial products and services to startups.

Linked-F, a Shanghai-based “venture star” internet education startup, was slow to take off at the start because of lack of funds.

“Back in 2013, we were turned down by banks when we approached them for financial support. The big lenders rejected our request for loans as we were a light-assets innovative company without much to pledge,” admitted Tai Shan, the founder and managing director of the company.

To help this new business, Cowin Venture, which had invested 4 million yuan in 2015, referred it to Bank of Shanghai, Chen Zhong said. 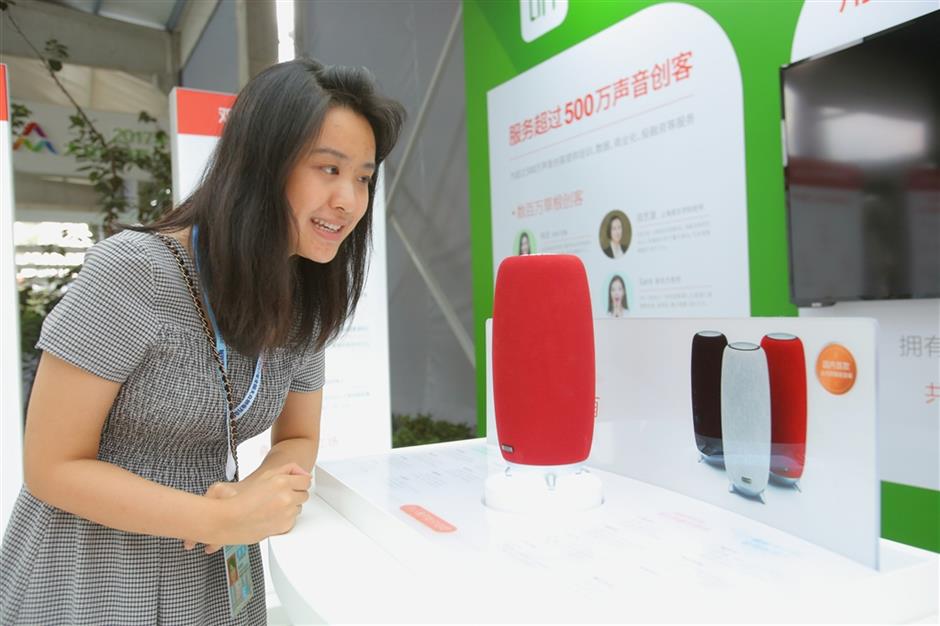 “It was at this very critical moment that Bank of Shanghai bailed us out in time and helped resolve our urgent need for money,” Tai said. “Since then, the bank has supported our development step by step.”

Thanks to financial support from the bank, Linked-F has evolved into a leading provider of finance and taxation training and consulting services in China.

“Bank of Shanghai has lowered our financing cost greatly,” Tai said. “As our company grows, we would like to turn to banks for more help instead of venture capitals.”

The Shanghai branch of South Korea’s Hana Bank China, which does over one third of its business on the mainland, is also targeting small Chinese enterprises.

“At the present time, we are joining forces with the venture partners, high-tech zones and small business incubator parks to expand our capability to better serve the startups. And we are keen to leverage the Internet of Things technology to explore more scenarios for better financial services. This will definitely be a ‘blue ocean’ market,” a senior executive from the Korean bank said.

"Blue Ocean" refers to uncontested market space for an unknown industry or innovation. It is usually associated with high potential profits.

When it comes to banks, investors and startups working in this innovation ecosystem, Zhang said that money from banks is “an important short-term complement to venture capital.”

“In this innovation chain, the new businesses are the core part that links capital market and banks. From my experience as an angel investor, only a very low proportion of the entrepreneurial firms can win favor of venture capitalists, which means that a vast majority of those companies will have to look for debt financing,” Chen said.

“As our previous collaboration with lenders was mainly made on a case-by-case basis, a more market-oriented internal mechanism is necessary for the sustainable growth of this new business area for banks,” Chen added.

The local government too has intensified its support to these innovative companies.

To facilitate the city’s transformation into a global innovation center, the Shanghai branch of the China Banking Regulatory Commission mapped out a plan to funnel more financial services to the technology and innovative companies last month.

It involves providing stronger backup to support the drive for up to 7,000 startups by 2020. The outstanding loans to the small- and medium-sized innovative enterprises is expected to reach 270 billion yuan, with an average growth of over 15 percent per year. Among this, 20 billion yuan loans are expected to be devoted to the startups under the investment-loan linkage pilot program. 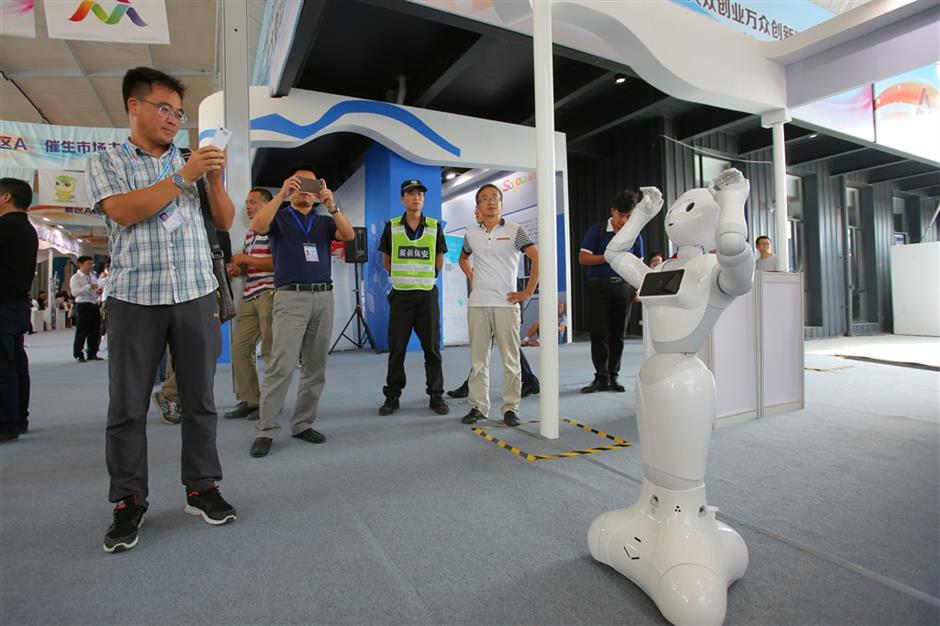