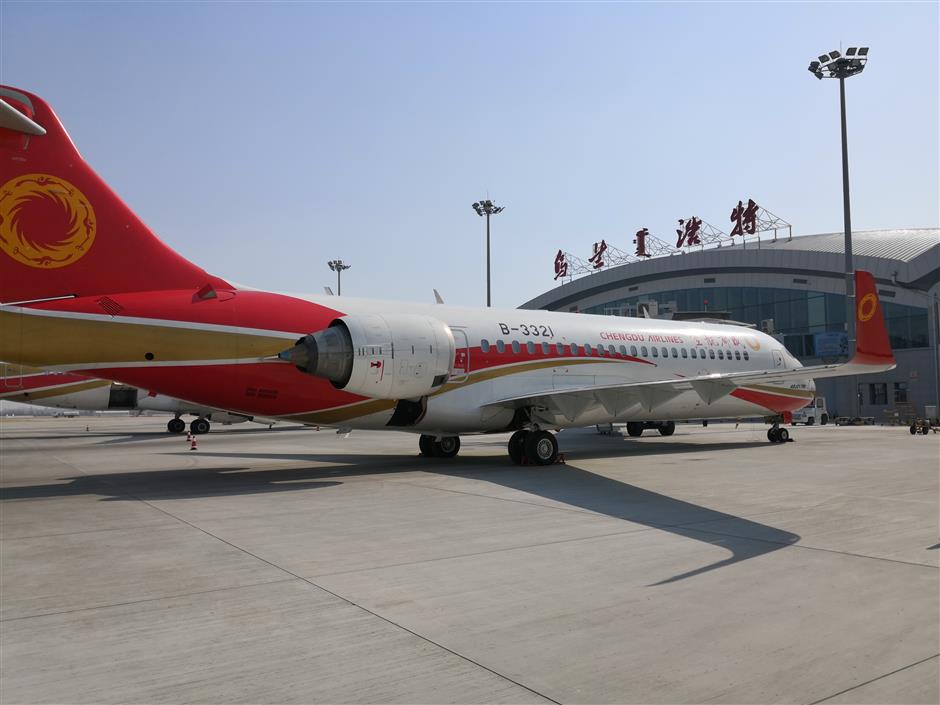 An ARJ21 is seen at Ulanhot airport in Inner Mongolia. The jet has launched a 10-day "demonstrative operations" to prepare for its highland operation.

The jet, operated by Chengdu Airlines, the first commercial operator of the jet, is operating return flights daily between Hohhot and Ulanhot through March 30 with onboard passengers, said Commercial Aircraft Corporation of China, its developer.

It is the first time that the ARJ21 has returned to Inner Mongolia after it started flying commercially in 2016. The jet made its test flights in low temperature and highland conditions in Hulun Buir in Inner Mongolia for its airworthiness certification between 2010 and 2014.

The 90-seat ARJ21 was designed to fly in conditions prevalent in China's central and western regions. It can take off and land at nearly all the highland airports in the country. It can also fly in temperature of minus 30 degrees Celsius, according to COMAC which has won 453 orders for the jet from 21 customers at home and abroad.

The airline flies four ARJ21s between Chengdu, capital of Sichuan Province, and Shanghai as well as other cities in the east, central and southwest of the country. They have flown over 50,000 passengers since it began commercial operations in June 2016.